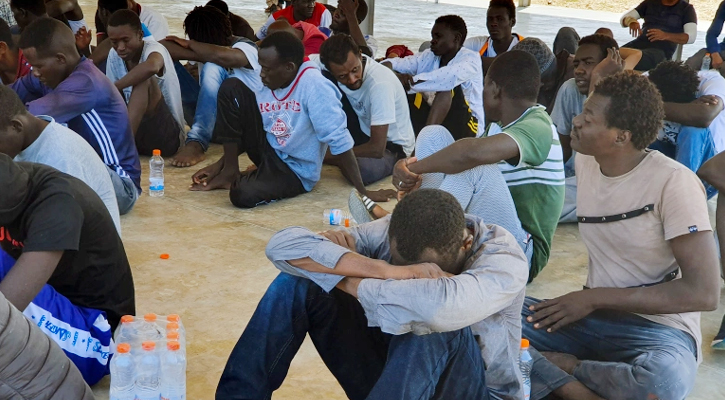 Massive anti-immigrant arrests have begun in the North African country of Libya. At least 4,000 migrants have been detained in raids in the western part of the country.

Citing Libyan officials, Qatar-based Al-Jazeera reported that hundreds of women and children were among the detainees.

The Libyan Interior Ministry launched the operation in the western city of Gargaresh on Friday. They say the campaign is being conducted to prevent undocumented immigration and drug trafficking.

However, the Libyan Interior Ministry did not provide any information on the arrests.

A number of Libyan officials said on Friday that 500 undocumented migrants had been detained in the operation. The next day, Saturday, it was reported that the number of detainees was at least four thousand.

The United Nations says a migrant has been killed and at least 15 others wounded in an operation by Libyan security forces.

Gargaresh, just 12 kilometers west of the Libyan capital Tripoli, is known as the heartland of migrants and refugees. Earlier, anti-immigrant operations were carried out there. However, human rights activists have described the campaign as horrific.

“We hear that more than 500 migrants, including women and children, have been detained,” said Dax Roke, the Libyan director of the Norwegian Refugee Council, in a statement on Friday. Thus, they are at risk of torture and misconduct due to arbitrary detention.