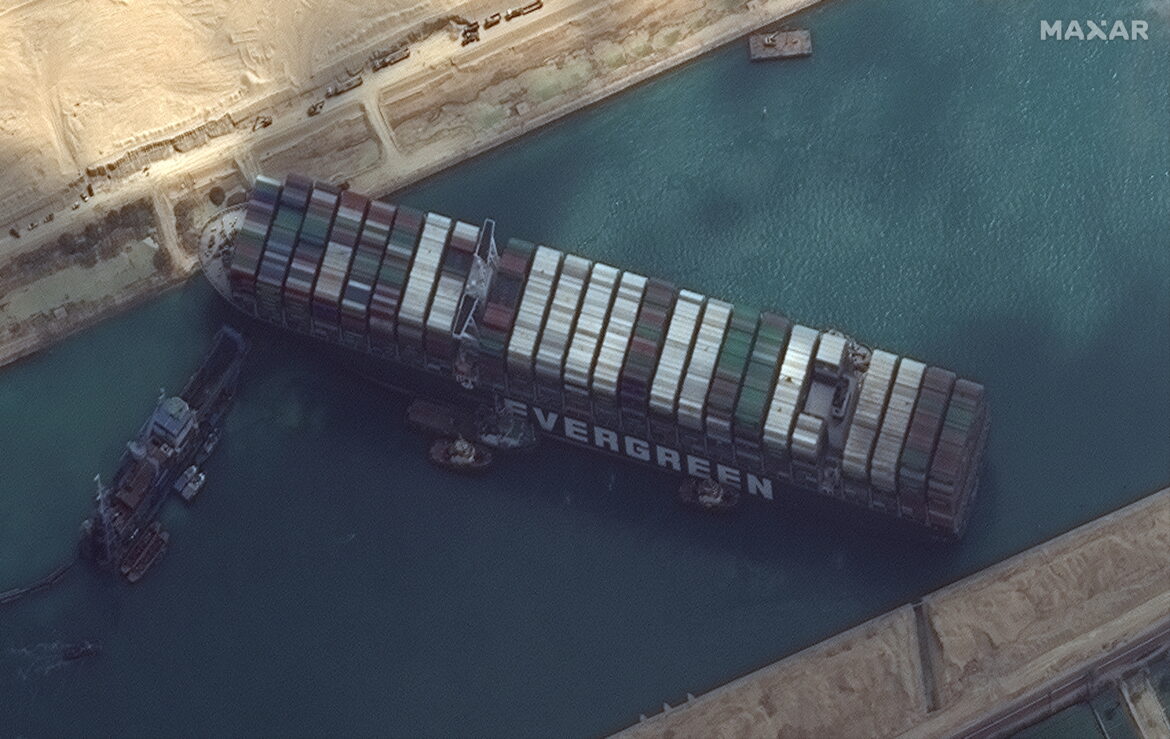 The Suez Canal Authority said in a statement that the Panama-flagged Coral Crystal ran aground in a double-lane stretch of the canal, forcing the officials to redirect other vessels in the convoy to the other lane.

It said the canal’s tugboats managed to float the south-bound vessel, which carries cargo weighing 43,000 tons. The Coral Crystal then resumed its voyage, the canal said.

Admiral Ossama Rabei, head of the Suez Canal, described the incident as a “very brief grounding,” which was resolved in a “professional manner.”

Geoge Safwat, the canal spokesman, said 61 vessels, carrying a total of 3.2 million tons of cargo, transited in the Suez Canal on Thursday. “Traffic (at the canal) was not negatively impacted in anyway,” since it was redirected to the other lane of waterway, he said.

Officials have not said what caused the vessel to run aground.

The ship was built in 2012 with a length of nearly 738 feet and a width of over 104 feet. It was en route to Port Sudan on the Red Sea, according to Traffic Marine, a vessel tracking firm.

hursday’s incident came less than six months after the massive Panama-flagged Ever Given ran aground in the single-lane stretch of the canal. The hulking vessel blocked the canal for six days before being released in a massive salvage effort by a flotilla of tugboats.

The blockage earlier this year disrupted global shipment. About 10% of world trade flows through the canal, a pivotal source of foreign currency to Egypt. Some 19,000 vessels passed through the canal last year, according to official figures.