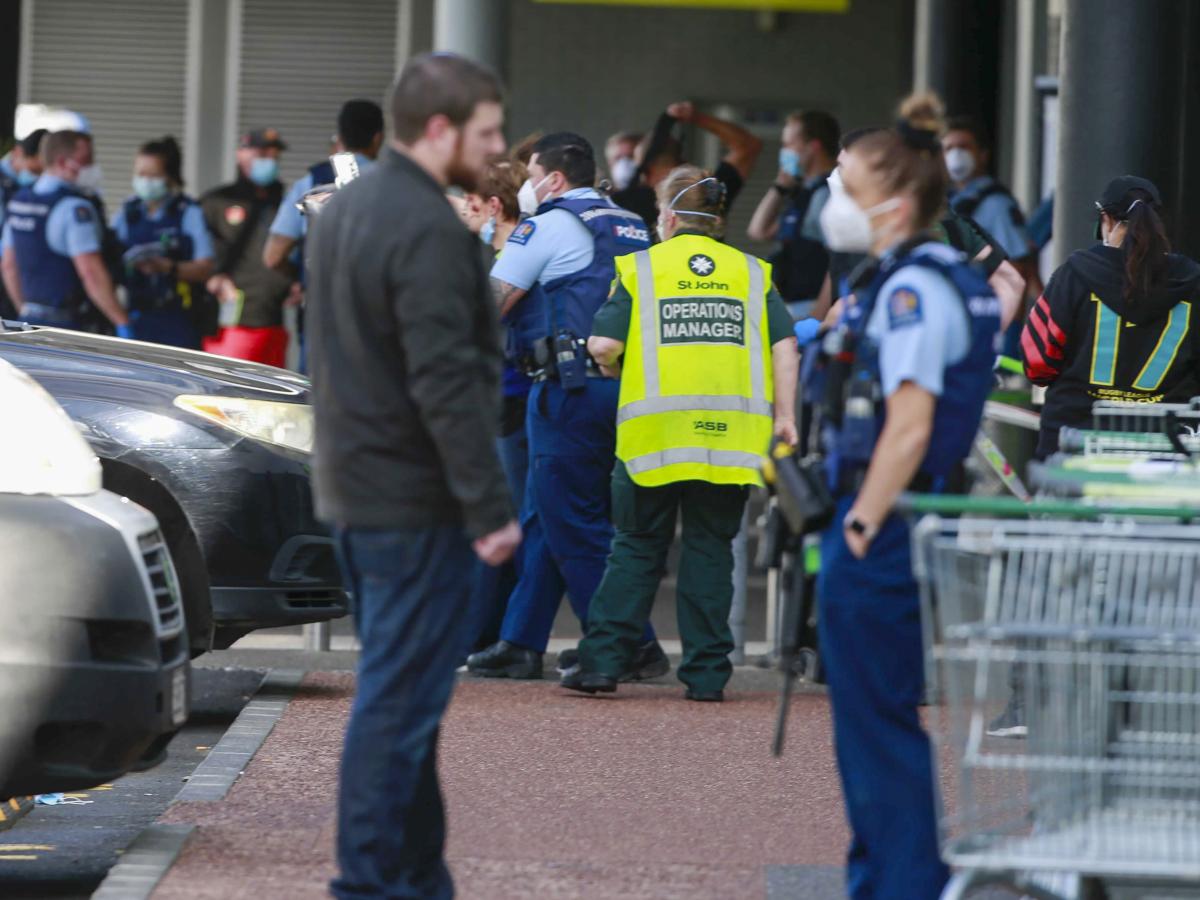 New Zealand authorities were so worried about an Islamic extremist they were following him around-the-clock and were able to shoot and kill him within 60 seconds of him unleashing a frenzied knife attack that wounded six people Friday at an Auckland supermarket.

Three of the shoppers were taken to Auckland hospitals in critical condition, police said. Another was in serious condition, while two more were in moderate condition.

Prime Minister Jacinda Ardern said the incident was a terror attack. She said the man was a Sri Lankan national who was inspired by the Islamic State group and was well known to the nation’s security agencies.

Ardern said she had been personally briefed on the man in the past but there had been no legal reason for him to be detained.

“Had he done something that would have allowed us to put him into prison, he would have been in prison,” Ardern said.

The attack unfolded at about 2:40 p.m. at a Countdown supermarket in New Zealand’s largest city.

Police Commissioner Andrew Coster said a police surveillance team and a specialist tactics group had followed the man from his home to the supermarket.

But while they had grave ongoing concerns about the man, they had no particular reason to think he was planning an attack on Friday, Coster said. The man appeared to be going into the store to do his grocery shopping.

“He entered the store, as he had done before. He obtained a knife from within the store,” Coster said. “Surveillance teams were as close as they possibly could be to monitor his activity.”

Coster said that when the commotion started, two police from the special tactics group rushed over. He said the man charged at the officers with the knife and so they shot and killed him.

One bystander video taken from inside the supermarket records the sound of 10 shots being fired in rapid succession.

Coster said there would be questions about whether police could have reacted even quicker. He said that the man was very aware of the constant surveillance and they needed to be some distance from him for it to be effective.

Ardern said the attack was violent and senseless, and she was sorry it had happened.

“What happened today was despicable. It was hateful. It was wrong,” Ardern said. “It was carried out by an individual. Not a faith, not a culture, not an ethnicity. But an individual person who is gripped by ideology that is not supported here by anyone or any community.”

Ardern said the man had first moved to New Zealand in 2011 and had been monitored by security agencies since 2016. She said authorities are confident he acted alone in the attack.

Ardern said legal constraints imposed by New Zealand courts prevented her from discussing everything that she wanted to about the case, but she was hoping to have those constraints lifted soon. 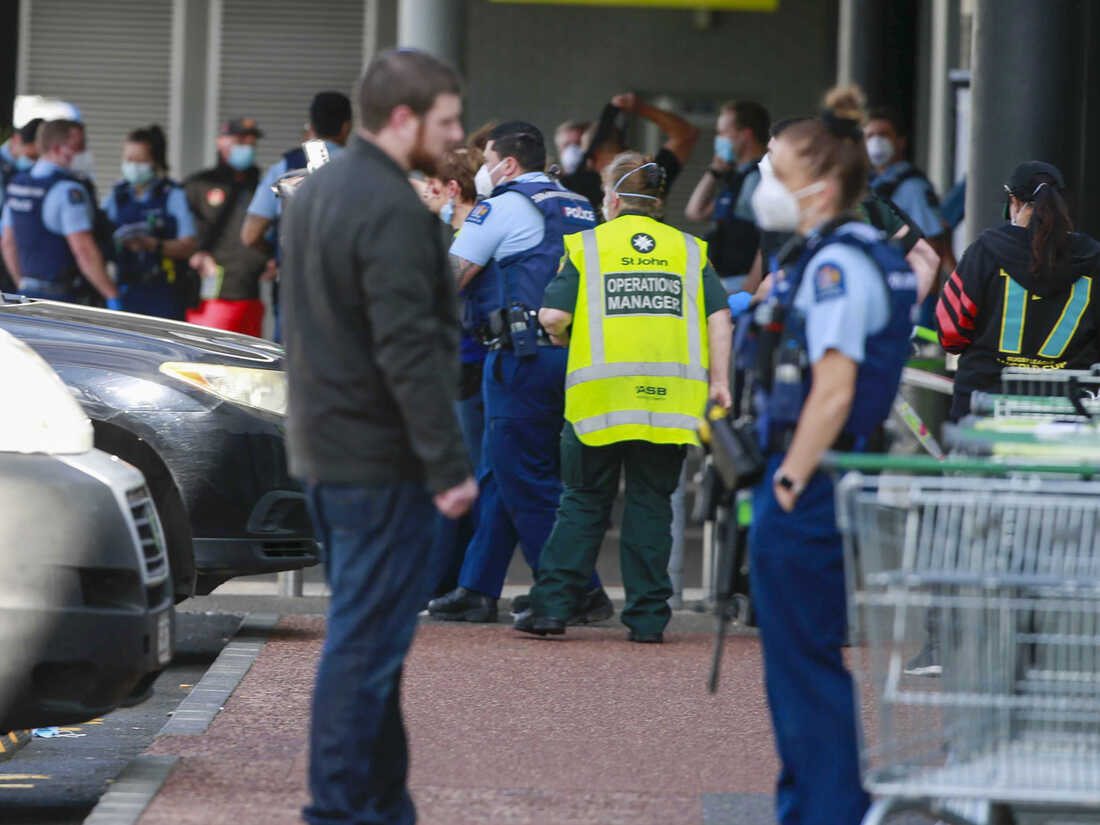 Police and ambulance staff attend a scene outside an Auckland supermarket, Friday, Sept. 3, 2021. New Zealand authorities said Friday they shot and killed a violent extremist after he entered a supermarket and stabbed and injured several shoppers.

Some shoppers in the supermarket tried to help those who had been wounded by grabbing towels and diapers and whatever else they could find from the shelves.

“To everyone who was there and who witnessed such a horrific event, I can’t imagine how they will be feeling in the aftermath,” Ardern said. “But thank you for coming to the aid of those who needed you when they needed you.”

Auckland is currently in a strict lockdown as it battles an outbreak of the coronavirus. Most businesses are shut and people are generally allowed to leave their homes only to buy groceries, for medical needs or to exercise.

Extremist ideology is rare in New Zealand and Ardern said that only a tiny number of people would be subject to such intense surveillance.

In 2019, a white supremacist gunned down worshippers at two Christchurch mosques, killing 51 people and injuring dozens more. After pleading guilty last year, Brenton Tarrant was sentenced to life in prison without the possibility of parole. The killings sparked changes to gun laws in New Zealand, which has now banned the deadliest types of semi-automatic weapons.