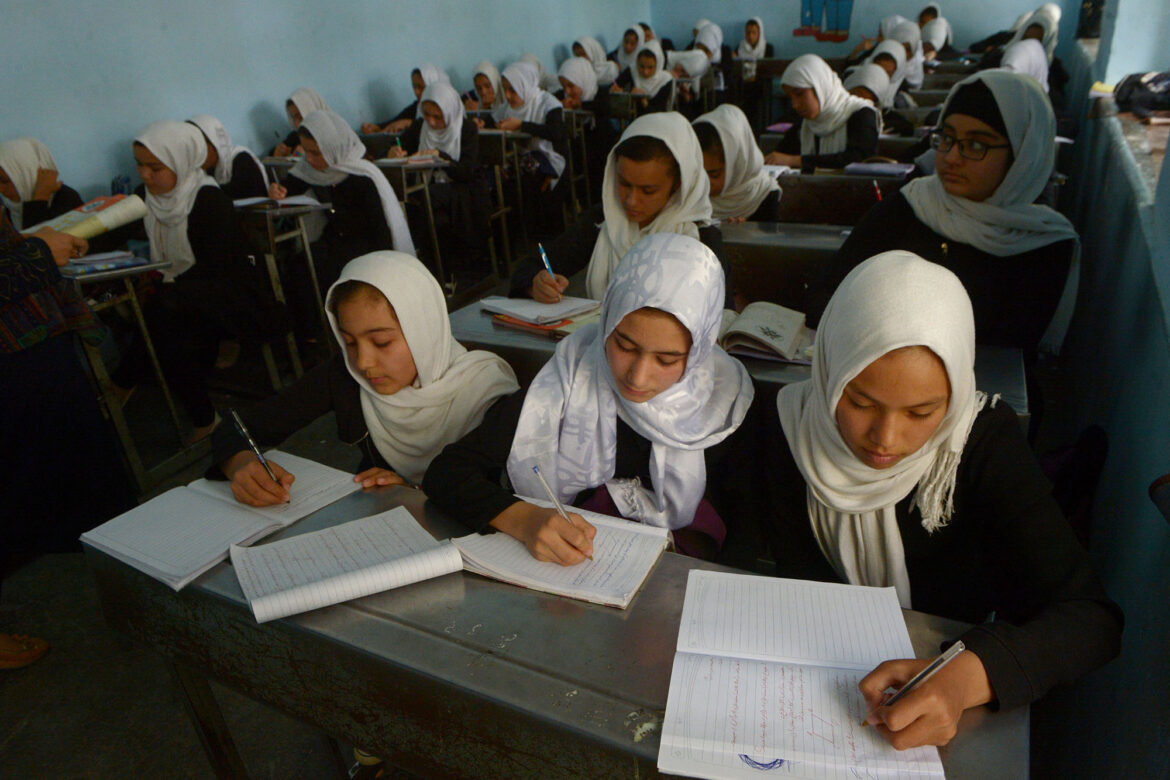 Afghan women will be allowed to study at universities under Taliban rule — but not in the same room as men.

The Taliban’s ban on mixed classes comes after the militant group vowed to rule differently from when they were last in power in the ’90s, when women and girls were prohibited from going to school.

“The … people of Afghanistan will continue their higher education in the light of Sharia law in safety without being in a mixed male and female environment,” the Taliban’s acting education minister, Abdul Baqi Haqqani, said Sunday, according to Agence France-Presse.

He added that the Taliban want to “create a reasonable and Islamic curriculum that is in line with our Islamic, national and historical values and, on the other hand, be able to compete with other countries.”

Boys and girls will also be separated in elementary schools under Taliban rule, which was already common in Afghanistan.

The Taliban said earlier this month after regaining control of the war-torn country that the role of women — including their right to work and education, as well as how they dress — has yet to be decided.

The group have vowed to respect the progress made in women’s rights over the last two decades but said any decisions will be made with strict adherence to Sharia law, the same Islamic rules used during the group’s brutal 1996-2001 rule.

Taliban spokesman Zabihullah Mujahid held a news conference last week in which he urged women to return to school and work.

The so-called Taliban rebranding, however, has been met with skepticism by many, including some women’s rights activists who have refused to wear the burqa since the Taliban came back to power.