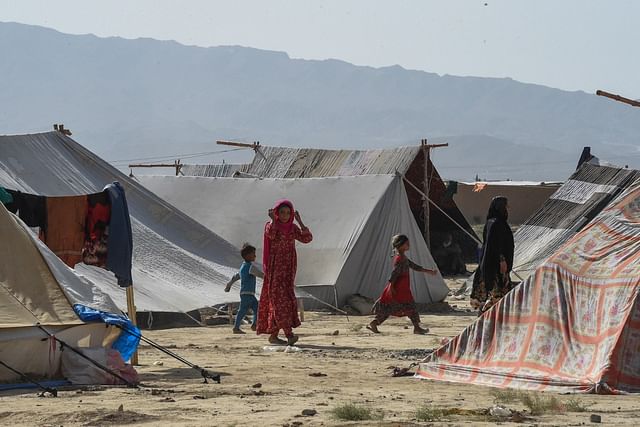 Afghanistan is facing the breakdown of its economic and social system, which is putting the country at risk of a humanitarian catastrophe. The European Union’s foreign policy chief, Joseph Borel, made the remarks on Sunday.

Joseph Borel said the Taliban must meet conditions to avoid the worst-case scenario in Afghanistan, so that they can get more international aid. News Reuters.

In a blog post, Borrell said Afghanistan is facing a serious humanitarian crisis and the socio-economic situation is deteriorating, which is dangerous for the region and regional security, including Afghanistan.

Food prices in Afghanistan have risen by 50 percent since the Taliban took control in August. In addition, the situation has worsened with the suspension of the কোটি 900 million Afghan reserve.

According to Borel, the Afghan banking system is largely obsolete, with people unable to withdraw money. The healthcare system, which is heavily dependent on foreign aid, is on the verge of collapse. If this situation continues and the winter season is approaching, the humanitarian situation there could become dire.

Since the Taliban took control of Afghanistan, 28 EU countries have stepped up humanitarian aid there. However, development assistance has been suspended there.

Borel said the EU’s response depends on the behavior of the new Afghan authorities. In order to restore the relationship, various conditions including human rights have to be fulfilled.

Borel held talks with Qatari authorities in Doha, the capital of Qatar, last week. Taliban representatives were also present at the meeting. He said Qatar’s contact with the Taliban was aimed at correcting their behavior. He called on Doha to use its influence to ensure that the catastrophe in Afghanistan is averted.

Children are dying of malnutrition

According to the AFP news agency, local and international media in Afghanistan are claiming that children are dying of hunger in Afghanistan. It warns that by the end of the year, more than one million children in Afghanistan could be malnourished. This could endanger their lives.

In the last six months, 18 children have died of malnutrition at a hospital in the country’s Nangarhar province. Provincial Public Health Director Mollah Mohammad Ahmadi said this. An official at the United Nations Children’s Fund (UNICEF) says many children are paying a heavy price for the Afghan situation.

Nearly 1,000 Taliban supporters marched north of the Afghan capital, Kabul. On Sunday morning, a procession was held in a field in the town of Khodaman on the outskirts of the capital. Supporters of the group have gathered in Kabul for the first time since the Taliban took control of Afghanistan.

The news agency AFP reported that only men took part in the procession. There were also teenagers. However, no woman was seen. They have been attending the rally in Khodaman town since morning. At that time, they were seen playing songs on the occasion of the victory of the Taliban. Many supporters appeared in the procession with various posters. Many were again tied to the Taliban’s red-and-white band.

Taliban fighters marched before the main procession began. At that time they had flags and various weapons including guns and rocket launchers in their hands. Many Taliban members were guarding the scene with heavy weapons. Top Taliban leaders were also present at today’s rally. They addressed the supporters. Last Thursday, women also gathered in the eastern part of Kabul to demand their rights.