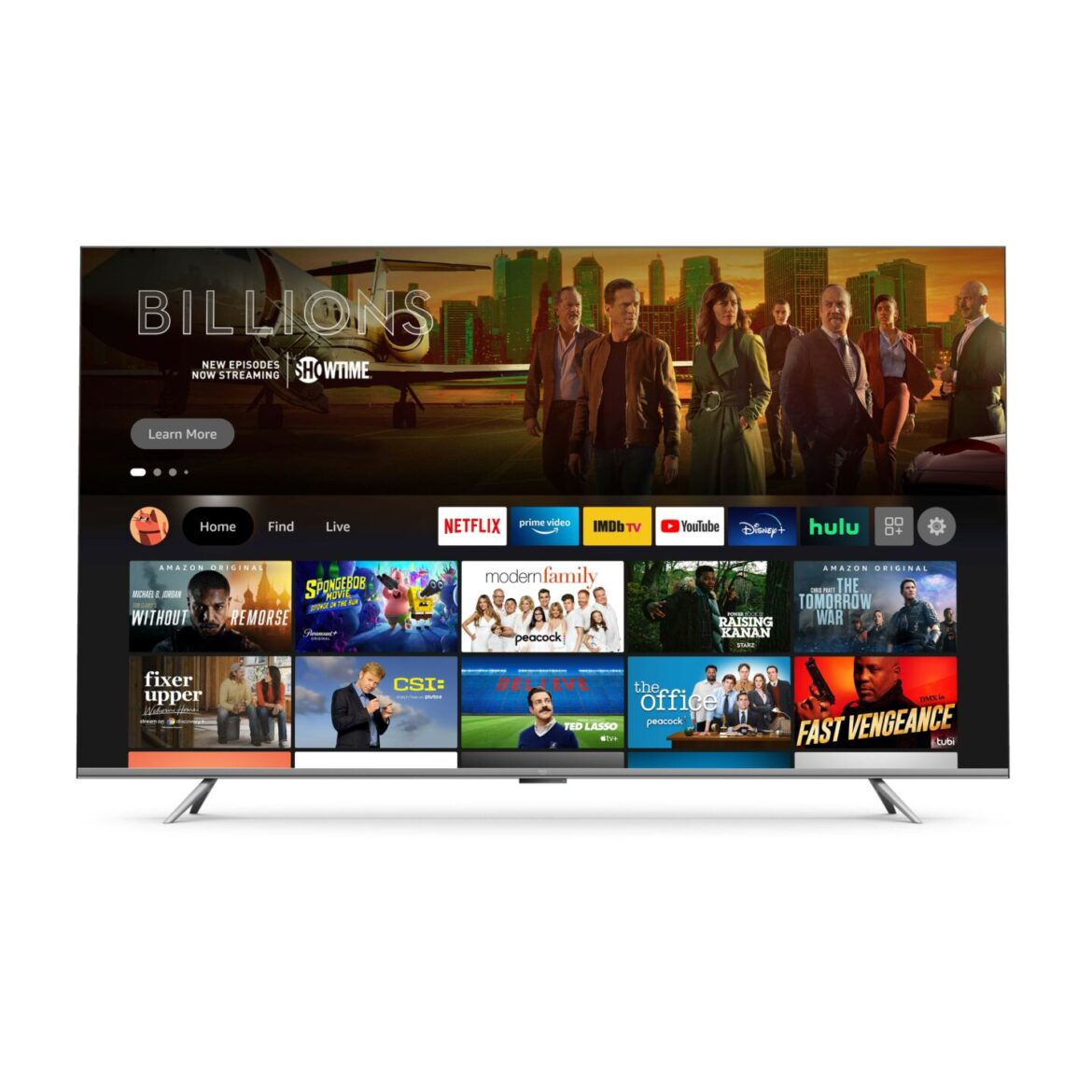 The tech giant has previously partnered with Best Buy to sell various Toshiba and Insignia TVs that run Amazon’s Fire TV operating system. It has also launched TVs in India under its AmazonBasics brand.

Today, though, the company is unveiling two new TV lines of its own: a flagship Omni Series and a slightly more budget-friendly 4-Series. The announcement confirms a report from Insider last week.

Here’s a list of size and pricing details for each of the new Amazon TVs:

Amazon says each model will be available in the US starting in October at Amazon and Best Buy, just ahead of the holiday shopping season. The 50-inch 4-Series and Omni Series TVs will be $110 off as part of a limited-time preorder promo starting today.

Each of the new TVs uses an LED panel with a 4K resolution and support for the HDR10 and HLG high dynamic range standards. Only the 65- and 75-inch Omni Series models support Dolby Vision HDR, however. Those two also have a design with slimmer bezels. All models support Dolby Digital Plus audio as well.

The rest of the specs appear to be somewhat basic. Each set includes four HDMI ports, including one HDMI 2.1 port that supports eARC for easier connectivity to soundbars and other AV equipment, though there are few advanced gaming features like variable refresh rate (VRR) or the ability to play in 4K at a smoother 120 Hz refresh rate. (Update 1:10 pm ET: An Amazon representative reached out after this article’s publication to clarify that the new sets do support VRR, albeit only from 48 Hz to 60 Hz at 4K.) Instead, each panel maxes out at a more common 60 Hz. Amazon confirmed that the TVs do not support full-array local dimming, either, which suggests their HDR performance and overall contrast will be a few steps below that of the best midrange TV panels.

Last week’s Insider report said that the new Amazon TVs would be manufactured by third parties, one of which was popular Chinese TV maker TCL (which also makes a TV called the 4-Series), though Amazon would not divulge specifics when asked about its supply chain for the new models.