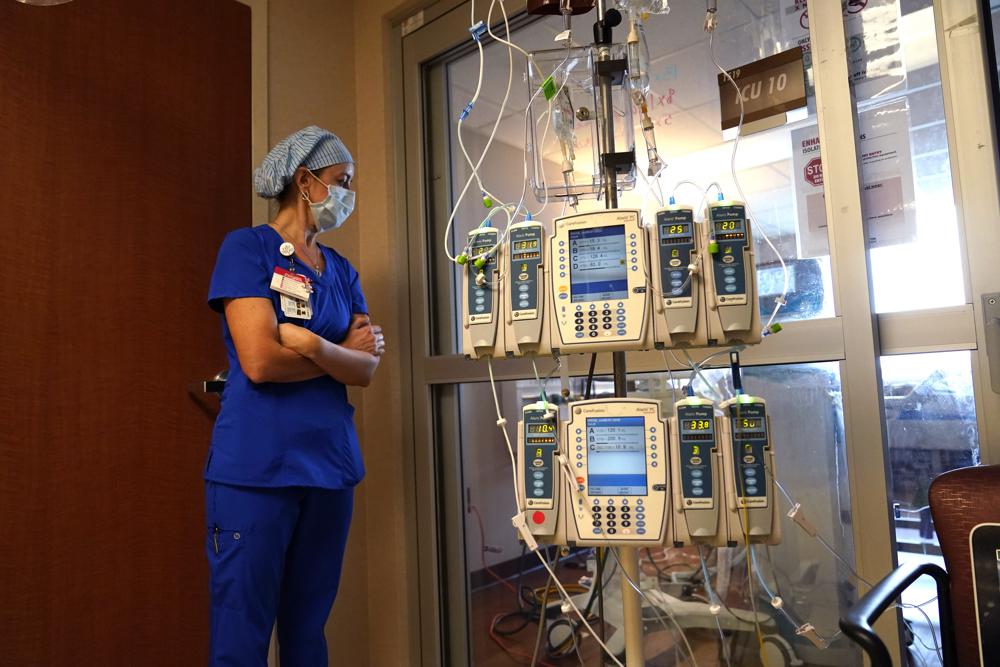 The United States reached another grim milestone on Friday, as the confirmed coronavirus death toll topped 700,000, just over a year and a half into the pandemic, and despite the wide availability of vaccines.

The milestone, according to data from Johns Hopkins University, comes less than two weeks after the national death toll surpassed the estimated number of fatalities in the U.S. during the 1918 influenza pandemic.

Despite national COVID-19 metrics showing encouraging signs of decline, approximately 1,500 Americans are dying from the virus every day, according to federal data.

“Reaching 700,000 deaths is a tragic and completely avoidable milestone. We had the knowledge and the tools to prevent this from happening, and unfortunately politics, lack of urgency and mistrust in science got us here,” said John Brownstein, Ph.D., an epidemiologist at Boston Children’s Hospital and ABC News contributor.

To put it in perspective, the staggering number of deaths is greater than the number of Americans who were estimated to have died of cancer last year, one of the nation’s leading causes of death. It’s higher than the total number of American troops who have died in battle throughout the recent history of the country, and it is about the same as the population of Boston, Massachusetts.

Some experts believe that the current COVID-19 death count could already be greatly undercounted, due to inconsistent reporting by states and localities, and the exclusion of excess deaths, a measure of how many lives have been lost beyond what would be expected if the pandemic had not occurred.

The country’s four largest states — California, Texas, New York and Florida — all have recorded more than 50,000 deaths, close to a third of the overall total.

The COVID death toll is now seven times what former President Donald Trump once predicted in the early days of the pandemic.

However, many health experts, including Jeffrey Shaman, a professor of environmental health sciences at Columbia University, already were concerned at the onset of the pandemic of the potentially devastating impact of the virus.

“My team and I could see very early on that this pathogen had the potential to kill this many people in the U.S. … I did not anticipate just how fractious the response would be, how leaders would not be able to or interested in unifying the country to come together and overcome political differences in order to combat the virus,” Shaman said. “I’m saddened this did not happen. I think if it had, fewer people would have died and the economic consequences of the pandemic would also have been lessened.”

Each death is a unique tragedy and an irreparable loss. An analysis, tracking the extensive reach of COVID-19 loss of kin with a bereavement multiplier, published by the Proceedings of the National Academy of Sciences, estimates that 6.3 million family members may be grieving the loss of a loved one due to the virus.

Patricia Dowd, a 57-year-old San Jose resident, was the first known American to die of COVID-19 in February 2020. At first, Dowd’s cause of death was not known to be from the virus. It was only months later, in April, when an autopsy would reveal that she had died of coronavirus, three weeks before the Centers for Disease Control and Prevention had previously identified the first American coronavirus-related death.

When President Joe Biden took office in January, the U.S. death toll from COVID-19 had swelled to 400,000, and just a month later half a million Americans had died. By June, it was 600,000 Americans.

“A year and half ago, the idea of hitting 700,000 coronavirus deaths was completely unimaginable. While these horrific milestones were once a reflection of the failures of public health response, they are now a reflection of our inability to get millions of vulnerable Americans vaccinated,” Brownstein said.

The milestone is juxtaposed with a drop in demand in among Americans getting vaccines, with the current rate of new vaccinations nearing its lowest point since the shots were introduced last December.

Approximately 117.4 million Americans remain completely unvaccinated, nearly 70 million of whom are over the age of 12 and eligible for a vaccine.

“Heading into the winter months, we can significantly delay the next grim milestone if more people, especially those at high risk for severe illness, choose to get vaccinated,” said Ajay Sethi, an epidemiologist and associate professor of population health sciences at the University of Wisconsin-Madison.

Earlier this week, the CDC released new data illustrating that, overall, vaccines are still dramatically reducing the risk of being hospitalized or dying of COVID-19 during the current delta variant surge, same as before.

“We are laser-focused on getting more shots in arms, particularly to vaccinate the unvaccinated. That’s our path out of this pandemic. So if you’re unvaccinated, please go get a shot. It’s free, it’s safe, it’s easy. It’ll help make all of us safer,” Walensky said at a press conference on Friday.

Racial and ethnic minorities in the country have borne a disproportionate share of COVID-19 hospitalizations and deaths. According to federal data, adjusted for age and population, the likelihood of death because of COVID-19, for Black, Latino and Native American people is two to three times that of white people.

Although the metrics seem to show that the latest wave of the pandemic may be abating, experts caution.

“We are not in the clear,” Shaman said. “New variants may arise that cause more breakthrough and repeat infections, and the virus appears to be innately more transmissible during winter.”

Experts who spoke to ABC News agreed that it’s critical for more Americans to get vaccinated.

“The vast majority of deaths going forward will continue to be those that elected to delay vaccination,” Brownstein added. “While the current downward trajectory of cases provides an optimistic outlook, this path will unfortunately continue to include tens of thousands of vaccine-preventable deaths.”