Our planet’s air during the preindustrial period was not quite as pristine as you might think, according to new research out of Antarctica.

An analysis of six ice core drillings taken from the southernmost continent has revealed a substantial increase in black carbon starting in the 14th century.

That’s long before humans in the southern hemisphere started burning coal, which means the pollution likely came from preindustrial fires feeding on natural biomass. Over the intervening 700 years, emission levels appear to have steadily climbed, ultimately tripling in number.

When researchers modelled the potential flow of black carbon particulates, they tracked the soot back to Tasmania, New Zealand, or Patagonia. While Tasmania and Patagonia were settled by humans first, the Māori people made their home in New Zealand in the late 13th century, right around when this black carbon started showing up in Antarctica’s ice core records.

The island nation’s paleofire records also align with this timeline, which suggests land burning in New Zealand was responsible for the large-scale distribution of soot.

The initial mass migration to New Zealand must have been quite large to achieve an impact so immediate and widespread, researchers say.

“The idea that humans at this time in history caused such a significant change in atmospheric black carbon through their land clearing activities is quite surprising,” says atmospheric scientist Joe McConnell from the Desert Research Institute (DRI) in Nevada.

We once thought human impacts on Earth’s atmosphere or our planet’s climate prior to the industrial revolution were negligible. Studies like these contribute to a growing awareness that our ability to change environments far and wide isn’t a strictly modern phenomenon.

New Zealand was the last habitable place on Earth to be inhabited by people. When the Māori arrived, forest cover was approximately 85 percent. Today, it’s about 25 percent, and research suggests these forests were lost or eroded within a few decades of human habitation.

As far back as seven hundred years ago, it seems the Māori were systematically burning native forests, which had little experience of fire and succumbed easily to the new force. 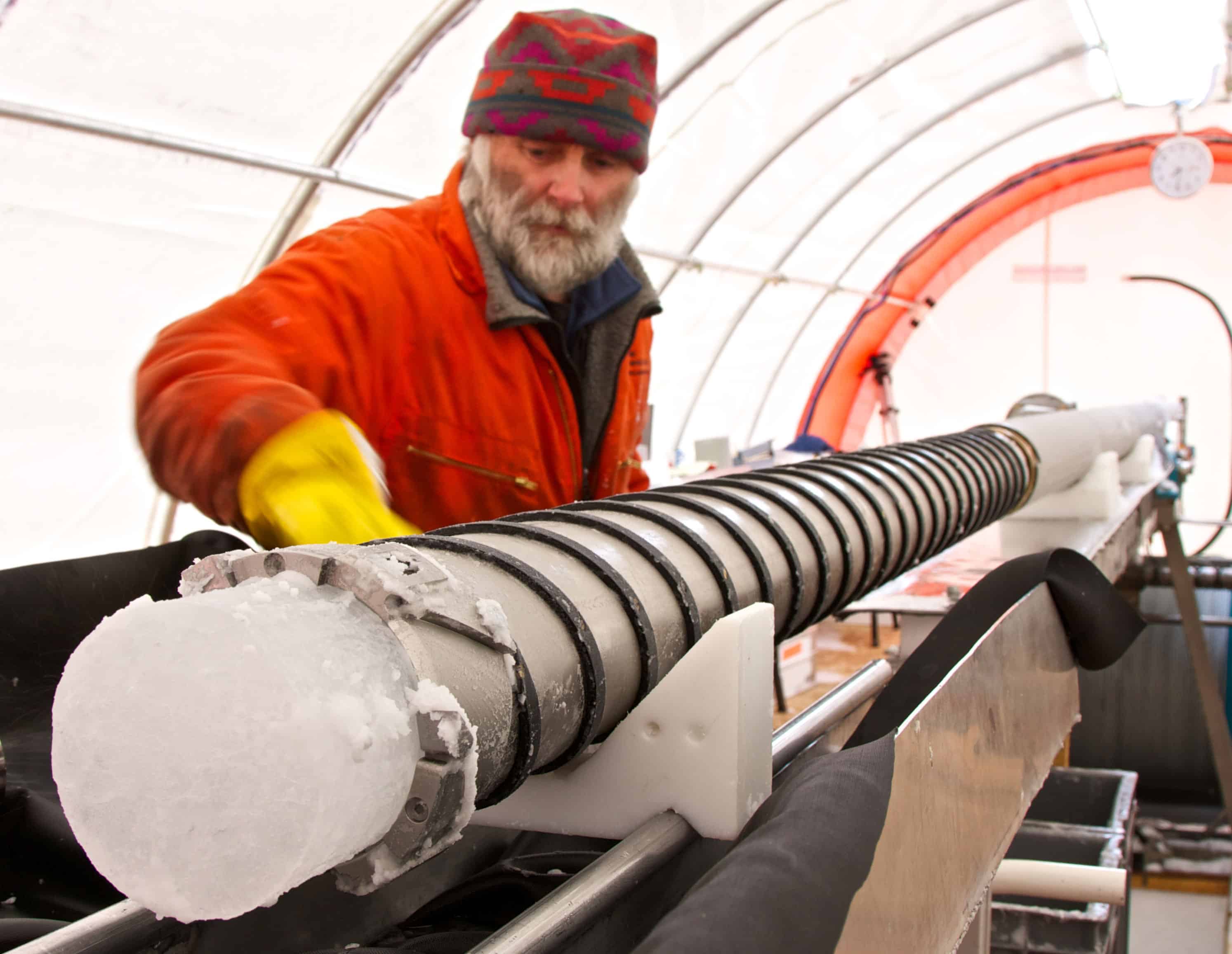 Above: The James Ross Island core drilled to bedrock in 2008 by the British Antarctic Survey provided an unprecedented record of soot deposition in the northern Antarctic Peninsula. Robert Mulvaney led collection of the core.

As evidenced in the ice cores, black carbon from these fires made it as far as Antarctica. Given what we can see today, emissions appear to have peaked in the 16th century, hitting roughly 36,000 tonnes per year.

To put that in perspective, in 2019, global energy-related CO2 emissions hit 33 gigatonnes, which is over a million times more.

Still, even that relatively small amount of black carbon dwarfed other human emissions in the region during the last 2,000 years, impacting some of the remotest parts of our planet.

Not only was the sooty smoke deposited in Antarctica, micronutrients from these fires probably also dropped into the South Pacific, feeding plankton thousands of kilometers away.

“Compared to natural burning in places like the Amazon, or Southern Africa, or Australia, you wouldn’t expect Māori burning in New Zealand to have a big impact, but it does over the Southern Ocean and the Antarctic Peninsula,” says hydrologic scientist Nathan Chellman, also from DRI.

“Being able to use ice core records to show impacts on atmospheric chemistry that reached across the entire Southern Ocean, and being able to attribute that to the Māori arrival and settlement of New Zealand 700 years ago was really amazing.”

Not only do findings give us a better baseline by which to measure current industrial activity, they also reveal truths about New Zealand’s earliest settlers and the timing of their arrival in this great south land.

Just a few months ago, a study in New Zealand found the widespread deforestation started by the Māori and continued by white settlers today has already caused some insects to lose their ability to fly.

After all, without the forests around to protect them, the winds of change could easily blow a flying insect off course. The current study once again suggests we are the ones doing the huffing and puffing.