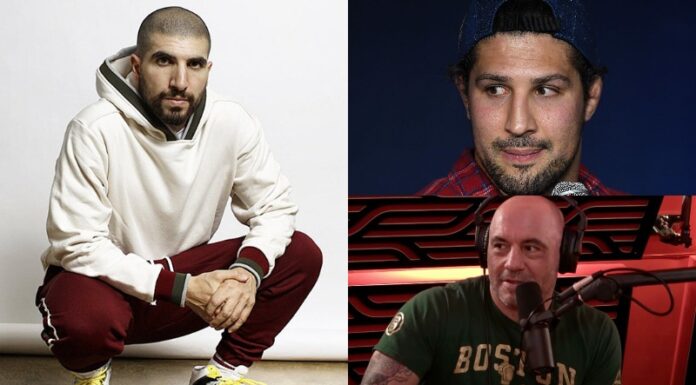 Ariel Helwani did not mince words when addressing what he claims to be slanderous and unfounded rumors disseminated by Joe Rogan and Brendan Schaub.

During the UFC 199 broadcast in 2016, there was a surprise announcement about the landmark UFC 200 event that was scheduled the following month. It was revealed that Brock Lesnar would be making his return to the UFC after being away for nearly five years. There’s just one problem: The news was already reported by renowned MMA reporter Ariel Helwani.

Since then, Helwani has been in the bad graces of UFC President Dana White, who claims the UFC explicitly requested that the Lesnar news be kept under wraps so that the fans could be surprised. Furthermore, White claims that a lot of people worked very hard to keep the news a secret, and Helwani jeopardized the careers of multiple individuals for what White characterized to be Helwani’s own selfish aims.

When discussing this situation on his The Joe Rogan Experience podcast, Rogan provided the UFC’s side of the story to balance out Helwani’s version. According to Helwani, he was unjustly blacklisted from UFC events for merely doing his job as a reporter. The “ban” was temporary, but to this day, Helwani and White have what can be described as an icy relationship at best.

Helwani has remained silent in the years after Rogan shared Dana White’s version of events, but that came to an end on Wednesday’s edition of Helwani’s The MMA Hour program (h/t Middle Easy).

“If someone tells me something off the record… if I go out and report it, I should be done. There’s no way I should practice that kind of journalism and still be here 13 years later… That never happened, the story that Rogan told. That never happened, the story that Brendan talked about a couple of weeks ago. It’s one thousand percent false, and in fact it’s damaging to my reputation because that’s the kind of stuff that a hack journalist does. I’m not a hack journalist.”

Helwani went on to wonder what else Rogan could be “lying” about if he could spread such misinformation so casually. When guest Aljamain Sterling played devil’s advocate by stating Rogan provided the disclaimer that he was just sharing what he heard, Helwani was having none of it.

“Guess what, that’s a stupid f—king reason to say a story when you’re talking about someone’s career! ‘This is what I heard, this guy went out irresponsibly and is dealing with the repercussions.’ No, no, no. Find out the truth, and then come out and talk about it,” Helwani exploded.

When Ariel Helwani exited ESPN earlier this year, retired UFC fighter Brendan Schaub weighed in on the subject on his BELOW THE BELT podcast. Schaub gave credit to Helwani as being a great journalist but also said that he heard from multiple people that he was a nightmare to work with. After dressing down Joe Rogan, Helwani would then unload on Schaub, including disclosing an alleged apologetic message he had recently received from the former heavyweight.

“He just reached out to me this morning, Brendan, and apologized to me for regurgitating false lies… about me and I said ‘Thanks for reaching out Brendan. I look forward to you doing it on air, the same way you said lies about me. You should probably go on the air and rectify it the same way.’ So I wait for that day, until then God bless,” Helwani said.