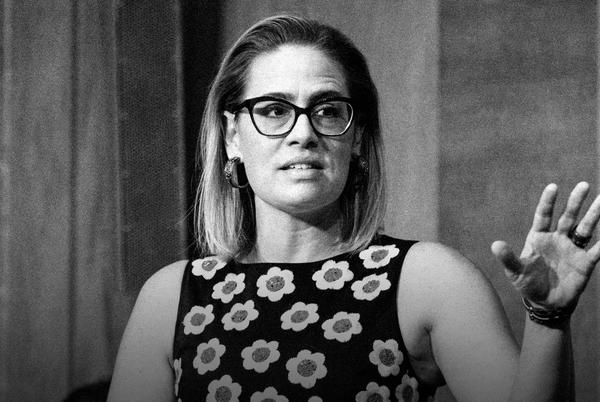 Democrats in Arizona issued an ultimatum to Sen. Kyrsten Sinema, demanding her to support an end to the filibuster and vote in favor of legislation central to President Joe Biden’s domestic agenda.

The Arizona Democratic Party State Committee approved a resolution on Saturday in a 415-99 vote to hold a “no confidence” vote on Sinema if she does not comply with liberal demands.

The senator was given until January to meet its list of conditions or face the prospect of censure and the loss of the state party’s support if she runs for reelection in 2024. The resolution mainly focuses on voting to end the Senate filibuster while also pushing Sinema to support the $3.5 trillion reconciliation bill and the $1.8 trillion social safety net called the American Families Plan.

Because Democrats control both chambers of Congress and the White House, the evenly divided Senate has employed the budget reconciliation process to pass spending legislation. That allows Democrats to bypass the Senate’s cloture rule requiring at least 60 votes to overcome a filibuster, which means 10 Republicans would need to cross the political divide if all Democrats and the two independents who caucus with them stick together on a proposal.

Still, Democrats have to grapple with a 50-50 Senate that poses an obstacle to other facets of Biden’s agenda, causing some party members to float the idea of ending the legislative filibuster. That would give Vice President Kamala Harris the tiebreaking vote if it were to split down party lines.

Under current Senate rules, the minority party can filibuster a proposal until three-fifths of senators present vote to end the filibuster by invoking cloture.

Sinema has been adamant in her refusal to support eliminating the filibuster. A spokesperson for the Senate said in January that Sinema is “not open” to changing her mind on the matter. Sinema posted a photo to her Instagram Story in April sporting a “f*** off” ring and sipping what appeared to be sangria.The Washington Examiner contacted Sinema’s office but did not immediately receive a response.