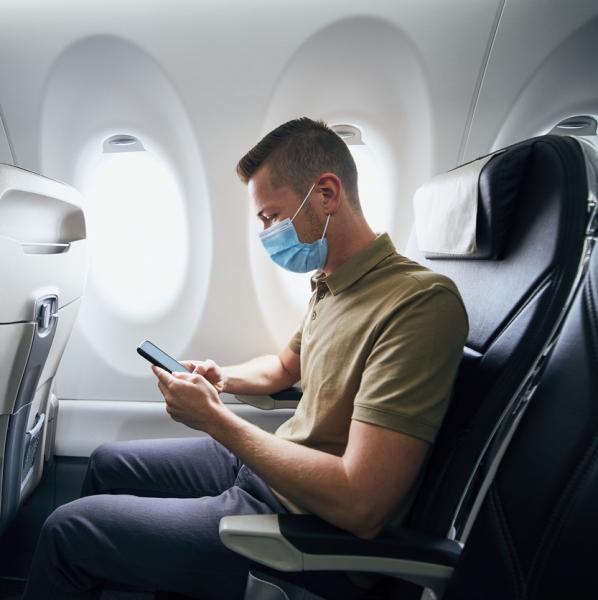 American Airlines, Alaska Airlines and JetBlue are joining United Airlines in requiring employees to be vaccinated against COVID-19, as the Biden administration steps up pressure on major U.S. carriers to require the shots.

The airlines provide special flights, cargo hauling and other services for the government. The companies say that makes them government contractors who are covered by President Joe Biden’s order directing contractors to require that employees be vaccinated.

American Airlines CEO Doug Parker told employees late Friday that the airline is still working on details, but “it is clear that team members who choose to remain unvaccinated will not be able to work at American Airlines.”

The pilot union at American recently estimated that 4,200 — or 30% — of the airline’s pilots are not vaccinated.

Earlier, White House coronavirus adviser Jeffrey Zients talked to the CEOs of American, Delta Air Lines and Southwest Airlines about vaccine mandates, according to three people familiar with the situation. They spoke on condition of anonymity because the calls were private.

Airlines are large employers that fall under Biden’s sweeping order that companies with more than 100 workers require employees to be vaccinated or undergo weekly testing for the virus.

However, they are also government contractors, who face a Dec. 8 deadline to enforce vaccination requirements — without the testing option.

Alaska Airlines and JetBlue Airways said Friday they will require employees to be vaccinated as soon as Dec. 8 because they will be treated as federal contractors.

“This means employees may no longer opt-in for regular testing and masking in lieu of getting the vaccine,” Alaska Airlines said in a memo to employees.

Delta said it was still evaluating Biden’s order. The airline previously said it will require vaccination or weekly testing and impose surcharges on unvaccinated employees. That would meet the Biden test for large employers but not the stricter rules for federal contractors.

United Airlines took an early and tough stance to require vaccination. United said Thursday that 320 of its 67,000 U.S. employees face termination for not getting vaccinated or seeking a medical or religious exemption by a deadline earlier this week.

Employees can seek waivers from the vaccines on medical or religious grounds. United is placing most of those workers on unpaid leave until COVID-19 rates come down.

Southwest says it is studying Biden’s order. Both Southwest and American are under pressure from their pilot groups not to require vaccinations but to instead offer options, including testing.

The White House adviser’s calls with airline CEOs were reported earlier by Reuters.

At least two members of Congress — Sen. Dianne Feinstein, D-Calif., and Rep. Don Beyer, D-Va. — have proposed requiring that passengers on domestic flights be vaccinated or show proof of a negative test for COVID-19 before they fly.

Anthony Fauci, the government’s top expert on infectious disease, supports that approach for domestic flights, and travelers entering the country must present a negative test before boarding. The Biden administration has not ruled out the idea, which the airlines oppose strongly.