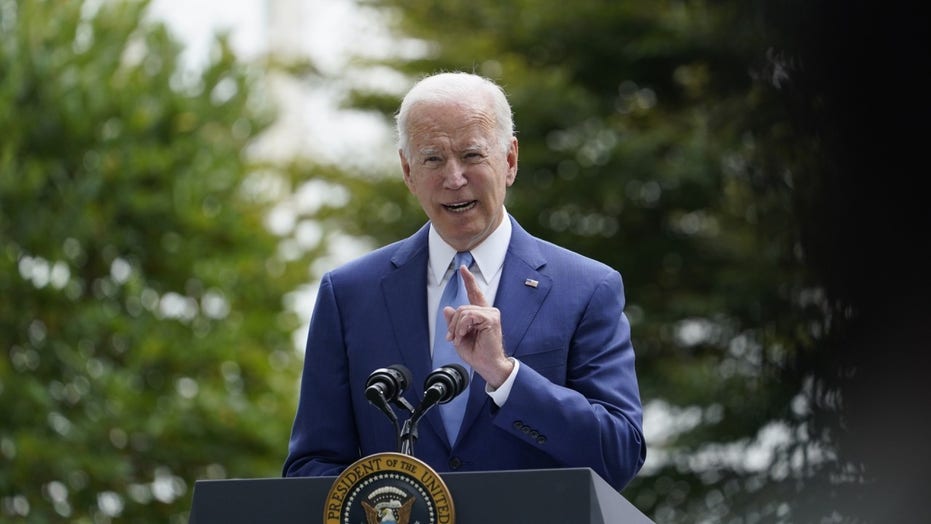 As President Biden’s popularity among American voters continues to decline, so does his clout among fellow Democrats.

An increasing number of Biden allies have voiced their disappointment in his handling of issues like the border crisis, Afghanistan and the Democratic-controlled Congress, where two major pieces of legislation furthering his domestic agenda remain stalled due to party infighting.

The latest crack in the party foundation became evident Sunday after Virginia’s Democratic gubernatorial nominee Terry McAuliffe, who campaigned with Biden in northern Virginia less than three months ago, said he was “frustrated” with the president and Democrats in Congress.

“We have got frustration with Washington,” McAuliffe said in a CNN interview. “Why haven’t we passed this infrastructure bill? It passed the U.S. Senate with 69 votes two months ago. I have been very straight on television. We’re tired of the chitty chat up in Washington. Get in a room and get this figured out. … They’re paid to get up in Washington, get this done.”

The comments came days after McAuliffe said Biden is currently “unpopular” in Virginia.

Sarah Longwell, a moderate Republican strategist who became a vocal supporter of Biden in 2020, told Politico there is a “malaise” among Democratic voters who don’t feel their lives have improved under Biden, and that very few are blaming Republicans for the mess in Washington, where Democratic Party infighting has stalled a $1 trillion bipartisan infrastructure bill and $3.5 trillion budget reconciliation package.

Biden and Democrats in Washington “are in a morass of fighting with each over bills that nobody knows what’s in,” Longwell said. “It just looks like a cluster.”

Rep. Stephanie Murphy, D-Fla., a moderate Democrat who wanted an immediate vote on the infrastructure bill, told the New York Times last week that the way Biden is governing “doesn’t reflect the skills I know he must have from his years as a legislator.”

Rep. Jim Costa, D-Calif., also recently criticized Biden over his pitch to Congress for infrastructure, calling it “disappointing” and saying he spent most of his time talking about the $3.5 trillion reconciliation package.

Rep. Kurt Schrader, D-Ore., criticized Biden’s lack of involvement early on in the negotiation process and said he was disappointed in his lack of communication with moderates.

“We’re kind of late to the party, a little disappointed,” Schrader told the Daily Beast last month. ‘They needed to be more vigorous earlier on, that hopefully it’ll make up for here down the final stretch.”

Another point of contention in the party is Biden’s handling of the southern border, which has seen a massive influx of migrants in recent months.

“None of this should have been a surprise to our government,” O’Rourke wrote.

Meanwhile, Biden’s average approval rating among voters has been on a downward slide since June, teetering at about 38%, the lowest of his presidency. He’s seen the steepest drop among independent voters, which could have major electoral implications.

Some Democrats hypothesize that a major legislative victory for Biden could turn those numbers around.

“On substance, the president’s programs are what people seem to want. Like everything else, it’s the sausage making that’s causing problems with the polls,” Majority Whip Jim Clyburn, D-S.C., told Politico. “There are one or two [senators] that will keep him from getting to 50.”