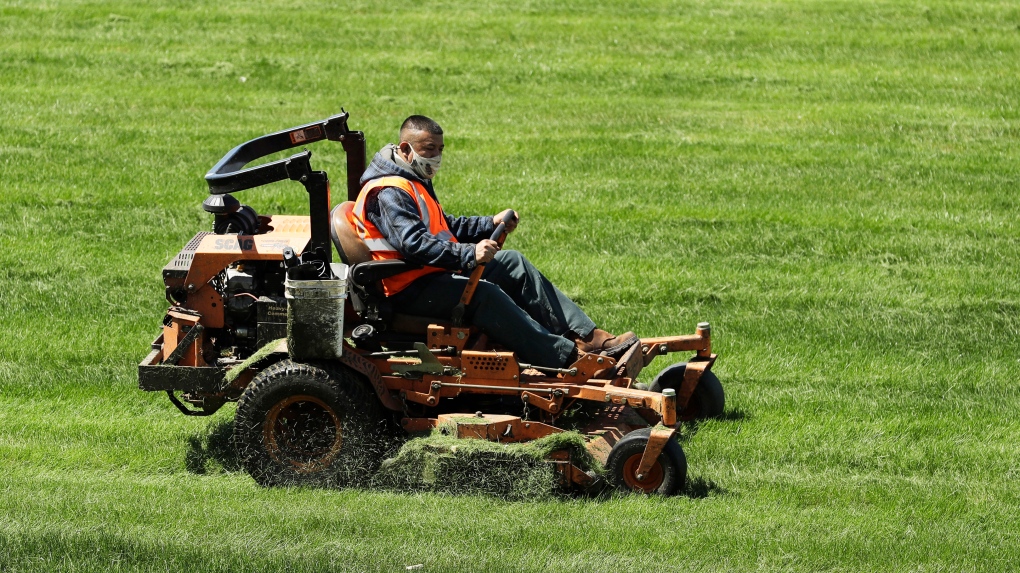 California will outlaw the sale of new gas-powered lawnmowers, leaf blowers and chainsaws as early as 2024 under a new law signed by Gov. Gavin Newsom on Saturday.

The law requires all newly sold small-motor equipment primarily used for landscaping to be zero-emissions — essentially to be battery operated or plug-in — by that target date or as soon as the California Air Resources Board determined it is feasible. New portable gas-powered generators also must be zero-emissions by 2028, which also could be delayed at the discretion of the state agency.

Machinery with so-called small off-road engines also includes chainsaws, weed trimmers and golf carts, all of which create as much smog-causing pollution in California as light-duty passenger cars, and reducing those emissions is pivotal to improving air quality and combating climate change, proponents of the law said.

“It’s amazing how people react when they learn how much this equipment pollutes, and how much smog forming and climate changing emissions that small off-road engine equipment creates,” said Assemblyman Marc Berman (D-Menlo Park), author of the legislation. “This is a pretty modest approach to trying to limit the massive amounts of pollution that this equipment emits, not to mention the health impact on the workers who are using it constantly.”

Berman said the state has set aside $30 million to help professional landscapers and gardeners make the transition from gas-powered equipment to zero-emission equipment, however an industry representative said that’s woefully inadequate for the estimated 50,000 small businesses that will be affected by the law.

Andrew Bray, vice president of government relations for the National Assn. of Landscape Professionals said the zero-emission commercial grade equipment landscapers use is also prohibitively expensive and less efficient than the existing gas-powered lawn mowers, leaf blowers and other small machinery they use. For example, a gas-powered commercial riding lawnmower costs between $7,000 and $11,000 while its zero-emissions equivalent costs more than twice that amount, he said.

Another major expense will be batteries. Bray said a three-person landscaping crew will need to carry 30 to 40 fully charged batteries to power its equipment during a full day’s work.

“These companies are going to have to completely retrofit their entire workshops to be able to handle this massive change in voltage so they’re going to be charged every day,” Bray said.

Berman said the move to zero-emissions landscaping equipment already is underway, especially among the vast majority of property owners who can mow their lawns and trim hedges on a single battery charge. Cities and universities have also started to make the transition, he said. Berman also emphasized that gas-powered equipment purchased before the deadlines can still be used, by both property owners and professional landscapers.

The legislation was opposed by Republican lawmakers, as well as some Democrats, who expressed concern about how residents in rural areas — especially when it comes to the state requirement that portable generators be zero-emission.

In recent years, California has had widespread blackouts in the peak of the wildfire season when high winds sweep through the state, mostly because utilities are trying to prevent a downed power line from starting a blaze. Because of that, Sen. Brian Dahle (R-Bieber) said banning gas-powered generators makes no sense.

“This Legislature hates fuel, which is very sustainable. It’s easy to access. And when the power is off, you can still use it. You can still run a generator to keep your freezer going, to keep your medical devices going. But when your battery’s dead and there’s no power on, you have nothing,” Dahle said.

Berman said those concerns are being taken into account, and the law specifically requires the California Air Resources Board to adjust the restrictions on generators based on their “expected availability” of that equipment on the commercial and retail market.

The California Air Resources Board has been drafting regulations mandating that small engines covered in the new law be zero emissions, and the board could enact those requirements before year’s end.

The agency began working on the regulations after Newsom issued an executive order in September 2020 that required the state to “transition to 100 percent zero-emission off-road vehicles and equipment by 2035 where feasible.”

In that same order, Newsom required all new cars sold to be zero-emission vehicles by 2035 and threw his support behind a ban on the controversial use of hydraulic fracturing by oil companies.