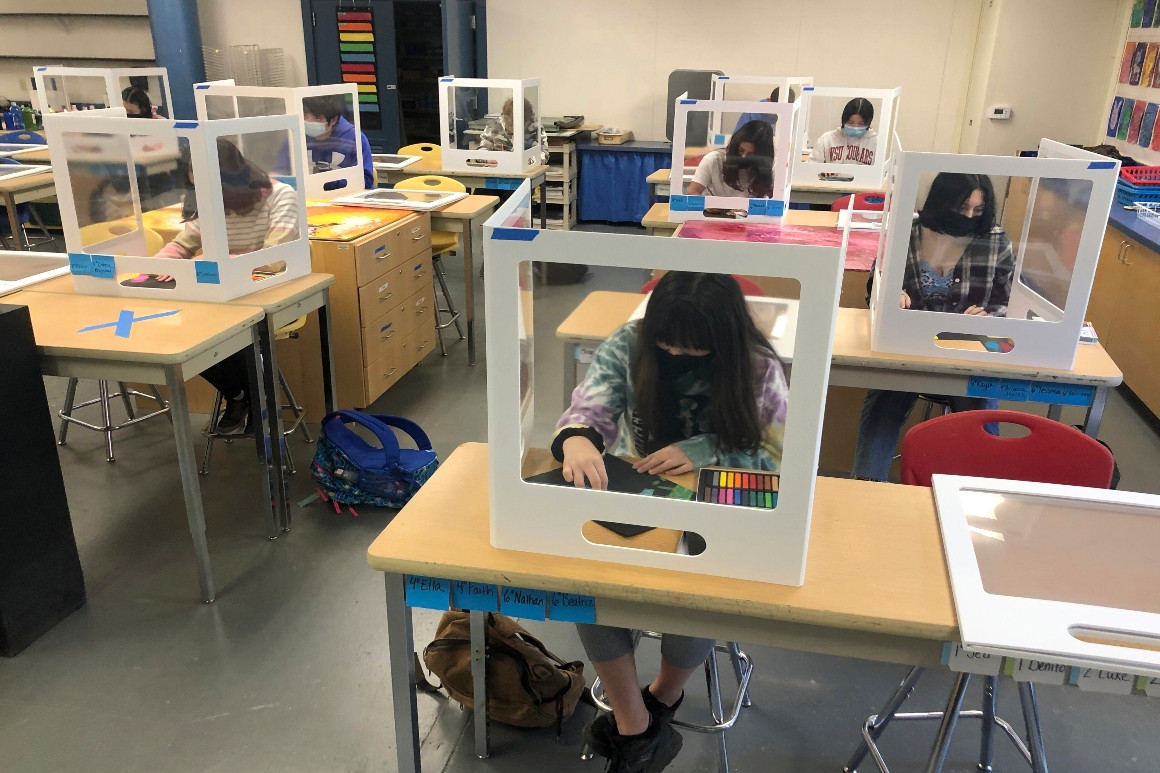 Gov. Gavin Newsom announced Friday that California will mandate student vaccines for Covid-19 once federal officials fully approve the immunizations, becoming the first state to declare that requirement, though it likely will not take effect until next school year.

Under the plan, California will add Covid-19 vaccines to its list of immunizations required for school attendance in the first academic term after the Food and Drug Administration approves the shots for students in a given age band, split between grades 7-12 and K-6. The governor’s office estimates that middle- and high-schoolers will need to get vaccinated before the 2022-23 school year starts.

California would likewise issue a hard mandate that all education staff be vaccinated at that time, eliminating an option for non-vaccinated employees to show a negative test in lieu of getting the shot.

The Democratic governor has urged as many people as possible to get vaccinated, framing it as the only way to ensure that schools and businesses can remain open as the virus continues to circulate and mutate.

“If that’s the intention, to keep us healthy and safe and get our economy moving and get our kids back with all the benefits of being in-person for instruction, then all I say is, ‘Let’s get this done and let’s get others to follow suit,'” Newsom said Friday at James Denman Middle School in San Francisco.

The student vaccine announcement comes as a growing number of California school districts have already passed student Covid-19 vaccine mandates as a condition of in-person instruction. Los Angeles Unified last month became the first major school district in the country to require students ages 12 and older to get vaccinated, a move that followed the much smaller Culver City Unified in the same county.

Newsom said 63.5 percent of California children ages 12 to 17 have received at least one dose of the vaccine, a rate well below the 84 percent of all eligible Californians who have gotten one shot.

“For 12 to 17, we’re not where we need to be,” he said. “And so we hope this encourages folks to get vaccinated. We have no trepidation. We have no hesitancy in encouraging local districts to move forward more expeditiously.”

California Federation of Teachers President Jeff Freitas said in a statement that 79 percent of members back a school staff vaccine mandate, while 75 percent support a student mandate. He pledged to work with Newsom and other government officials on the policy, calling vaccines “the most important safeguard to prevent serious illness from COVID-19 infection.”

The state’s largest teachers union, the California Teachers Association, said the latest mandate is “the next step toward ensuring the health and safety of our schools and communities consistent with other vaccine requirements in schools.” The group added, “Phasing in the implementation timeline will allow local districts to prepare with families and educators and offer schools a vaccination site.”

K-12 students returned to California classrooms full time in August after enduring some of the longest closures in the U.S. since coronavirus took hold in March 2020. The Delta variant has posed some quarantine challenges since the school year began, but California has avoided broad closures so far this school year.

California has one of the lowest rates of Covid-19 in the nation, and Newsom has repeatedly contrasted the blue state with Republican-led ones like Florida and Texas that have been hit harder during the Delta variant surge.

Under the Newsom requirements, students could seek exemptions from the Covid-19 vaccine for medical, religious and personal beliefs because the rule is being enacted through regulation, rather than under a stricter 2015 law that eliminated most exemptions. State lawmakers could pursue legislation next year that would close exemptions for the Covid-19 vaccine as well, and Newsom said “one can anticipate” that the Legislature will get involved based on past inclinations. He said he would “work with them to strengthen” his student vaccine plan.

Democratic state lawmakers praised Newsom’s announcement on Twitter, while Republicans criticized the governor for overreach. Sen. Bob Hertzberg (D-Van Nuys) hailed it as “an important development that will keep our kids learning on campus, and ensure their safety and that of school staff.” Assemblymember James Gallagher (R-Nicolaus) argued that “kids don’t need to be vaccinated” based on data and took issue with Newsom using his executive powers to pursue the student mandate.

Besides Los Angeles Unified, school districts elsewhere in California have taken similar action, including Oakland, Piedmont, Hayward and, most recently, San Diego Unified, the state’s second-largest school district. San Diego’s mandate, however, is limited to students ages 16 and up and goes into effect on Dec. 20.

The San Diego decision highlights the fact that federal regulators have formally approved the Pfizer-BioNTech vaccine only for those who are 16 and older. Children ages 12-15 can get vaccinated under an emergency use authorization, but governments and school agencies have been hesitant to mandate shots until they are formally approved.

While federal regulators have not approved shots for children under 12, Pfizer and BioNTech this week submitted data to the U.S. Food and Drug Administration from trials of youths ages 5-11.

California school districts are setting implementation dates often into early next year to allow time for federal regulators to fully approve the vaccinations for these age groups and for students to get vaccinated. Los Angeles, for example, is requiring students participating in extracurricular activities to be fully vaccinated by the end of this month, but the deadline for all other students is Dec. 19. Proof of vaccination must be uploaded into the district’s system by Jan. 10.

Newsom suggested Friday that awaiting full FDA approval was as much an acknowledgment of the political realities as of legal and scientific ones. The governor is hoping that months of lead time will help him build support from school districts, families and labor unions affected by the order.

“You know, we’ve got 1,050 school districts, we’ve had a lot of different points of views and opinions, a lot of distinctions,” he said. “We thought this was the best and most appropriate next step for the state of California.”