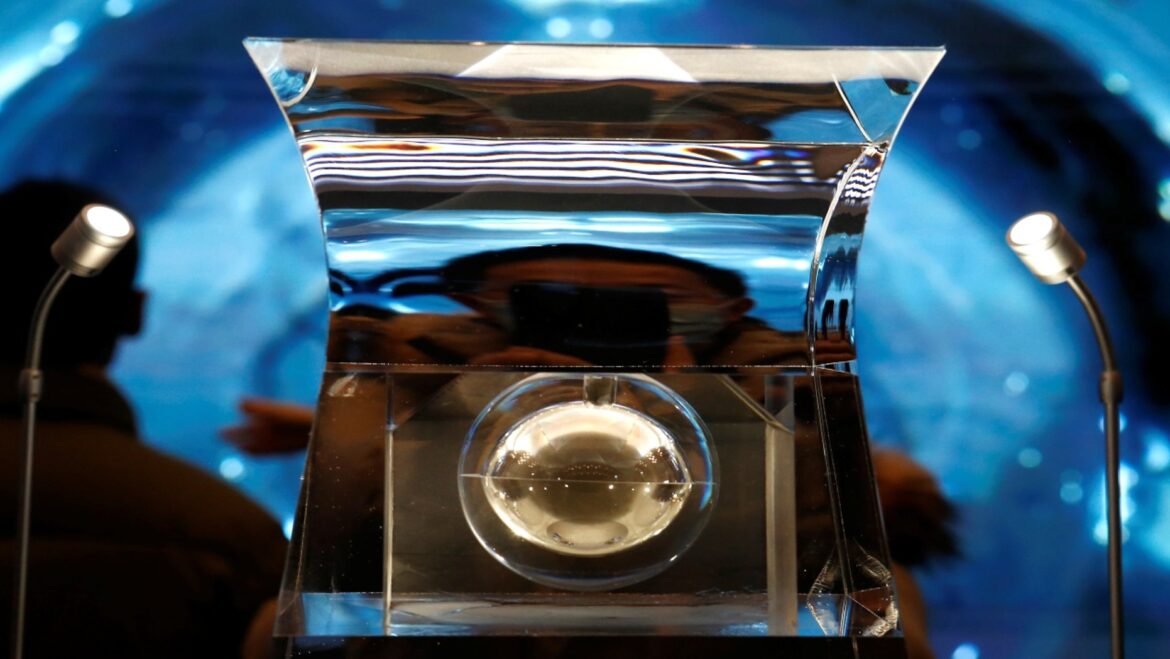 China’s lunar rock samples – the first moon rocks returned to Earth in more than 40 years – show lava flowed there 2 billion years ago, according to scientists.

In a study published Thursday in the journal Science, a group of international authors led by researchers at Beijing’s Chinese Academy of Geological Sciences said the Chang’e 5 lunar mission collected samples of young lunar basalt lavas from the Oceanus Procellarum region.

“Orbital data indicate that the youngest volcanic units on the moon are basalt lavas in Oceanus Procellarum, a region with high levels of the heat-producing elements potassium, thorium and uranium,” the team wrote.

In measuring the chemical and mineralogical compositions of the volcanic rocks, the group found that the moon remained volcanically active for longer than its size would indicate.

Lunar rocks from the Apollo and Soviet missions in the 1960s and 1970s first revealed that volcanism on the moon occurred for hundreds of millions of years.

The new study’s authors note that there is “no evidence for high concentrations of heat-producing elements in the deep mantle of the moon that generated these lavas, so alternate explanations are required for the longevity of lunar magmatism.”

The chemical analysis did not show an abundance of radioactive elements that would have provided the heat necessary for late volcanism to occur, and scientists still don’t know why lava was flowing on the moon so long after it formed.

Some theorize that gravitational forces from Earth may have played a part.

The findings may help scientists date surface regions on other parts of the solar system.

“The number of impact craters on a surface reflects its relative age, with older surfaces having more craters. The moon is the only planetary body where impact crater ages have been calibrated with radiometric dating, so the lunar chronology is used to infer the ages of other planetary surfaces throughout the Solar System,” the researchers explained.

Before now, scientists had relied almost entirely on the dating of lunar samples that had been 3 billion years old or older.

“In this study, we got a very precise age right around 2 billion years, plus or minus 50 million years,” U.S.-based co-author Brad Jolliff, a planetary scientist at Washington University in St. Louis, said in a statement. “It’s a phenomenal result. In terms of planetary time, that’s a very precise determination. And that’s good enough to distinguish between the different formulations of the chronology.”