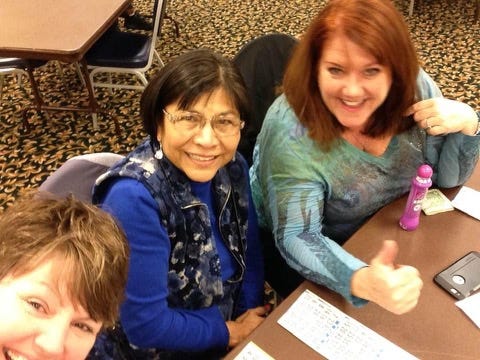 Friends of a woman who died in the Collierville grocery shooting have identified her as Olivia King, a longtime resident of the area.

David Fraser said King had no relatives in the Collierville area and that after the shooting Thursday, he traveled to the Regional One Hospital on behalf of her family. He said that at the hospital a doctor informed him directly that she was fatally wounded in the shooting.

David Fraser is married to Maureen Fraser, a member of Collierville’s Board of Mayor and Aldermen. In an interview on the sidewalk near the blocked-off Kroger grocery store, the Frasers said they had known King for years. She was originally from San Antonio and was widowed with three sons: one in the Navy, one in the Air Force and one who had just earned a doctorate, they said.

They said she often attended Catholic mass and had previously worked as a financial secretary at a local school.

“She was just sweet,” David Fraser said, and began to cry.

“Kind, polite, thoughtful,” Maureen Fraser added, standing beside him. “Remember when you were out of work and she gave us some money? Gave us an envelope with some money to help us at Christmas time.”

Her husband had died years earlier. “And she missed him so much,” David Fraser said.