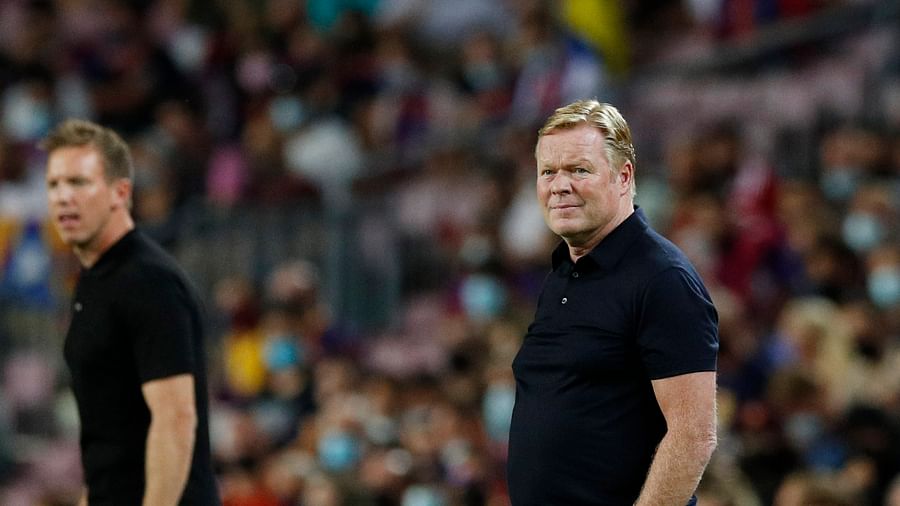 Barcelona has to endure one failure after another in the field game. They are at number 6 in the table with 12 points in La Liga. The situation in the Champions League is very miserable, even if it somehow maintains a position in the points list. After scoring 6 goals in the first two matches against Bayern and Benfica, the Catalans are in danger of leaving the first round.

After such a Miserable Performance

The pressure on coach Ronald Koman is increasing at every moment. According to many, it is almost certain that Koman will not be able to stay in Barcelona for very long. Meanwhile, Koman’s alternative coach is being discussed in the media. Meanwhile, the names of two Catalan Xavi Hernandez and Roberto Martinez have also come up. However, Barcelona club president Juan Laporta is standing by Koman’s side. Laporta wants to give this Dutch coach more time without saying goodbye to Koman.

Rumor has it that Koman’s fate will be decided after tonight’s match against Atletico Madrid. Barcelona will be in trouble if they lose to Atletico today after a series of failures in the Champions League. Thus the personality conflict between the two is going on. Seeing such results, the question may arise about the job of a coach.

But Before Today’s Match

The Barcelona president assured Koman, “Koman will continue his duties as the coach of Barcelona. He deserves confidence as a coach. Coman is a Cool (Barcelona house man) and part of Barcelona. I talked to him and I made my decision. The way he is leading Barca in difficult times is admirable.

Koman is not getting full strength team due to injury. Sergio Aguero and Usman Dembele are not. Ansu Fati has just returned from injury. The Bar president thinks that the appearance of the team will change when they return. Laporta thinks Coman should be given time for that, “When our players recover from injuries, the team’s edge will increase. Koman was discouraged. But now he has regained his composure. Our injured players are starting to recover. He deserves some time and confidence.

Listening to the two talking in the media, it may seem that the relationship between Koman and Laporta is not going well. Laporta blew it, ‘It has been said that we have a cool relationship. This is not true. We have a cordial relationship. He is a good man and I believe he thinks so too. We are all trying to do something good.