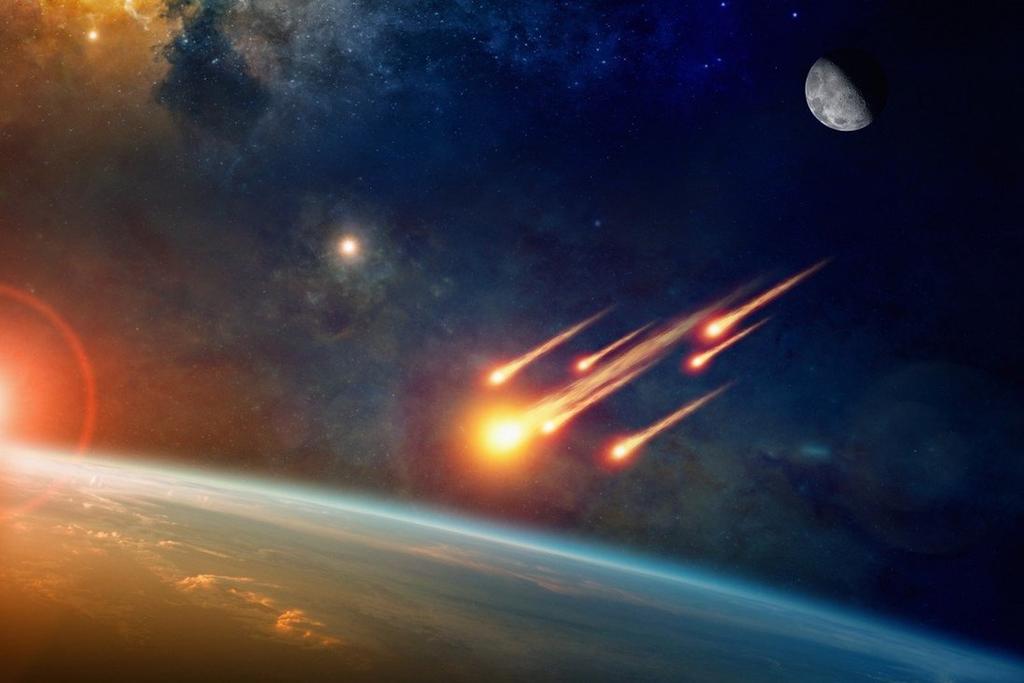 Up to a million asteroids could be on course for the Earth over the next century, according to a new study by Chinese astronomers.

While the risk of collision is low and most of the asteroids are less than 100m across — small compared with the one that wiped out the dinosaurs — each one has more kinetic energy than an atomic bomb, and we know little about them.The small size and large number made these short-term hazardous asteroids (SHA) extremely difficult to track, said Professor Gan Qingbo and colleagues at the Space Debris Observation and Data Application Centre at the China National Space Administration.

Astronomers have focused on bigger asteroids with the potential to hit the Earth.

Asteroids with a diameter in tens of metres have not been regarded as a serious threat, with little interest in how many SHAs were out there, or when they would come.

But neglecting the threat could be costly, according to the Chinese researchers.

In 2013, an asteroid exploded over the Russian city of Chelyabinsk. The asteroid was only 19m wide, but it generated an explosion about 30 times as powerful as the nuclear blast over Hiroshima.

The shock waves damaged more than 7,200 buildings across a vast area. Nobody was killed,but about 1,500 people required medical treatment for various injuries, mostly caused by the shattered windows.

“The Chelyabinsk incident proved that a 10m scale asteroid can cause certain destruction,” Gan and colleagues said.

They analysed data in an global asteroid database, calculated the orbiting behaviours of the small targets and found that more than 700 of them could hit the Earth within a century.

Of those, five had a collision risk of one in a thousand, a probability that could change with the constant variations in their orbits.

The researchers also used physical models on asteroid formation to calculate that the total number of SHAs could range from 100,000 to a million.

These previously neglected asteroids were probably concentrated in certain parts of the solar system and moved in a similar pattern, they said.

The knowledge “is of great significance to the development of near-Earth asteroid search and monitoring strategies”, the researcher said.

Professor Chen Ping, a Guangzhou-based geologist with the Chinese Academy of Sciences who discovered two impact craters in China, said that there was no reason to panic.

These small asteroids were “an interesting topic for academic research and public discussions, but that should be as far as it goes”, he said. Due to their small size, most of the SHAs would likely burn up in the atmosphere.

Chen said asteroid research in China was heating up.

“The government recently made a considerable investment in this field of research,” he said.

China plans to launch a spacecraft to collect samples from an asteroid, and build the world’s largest radar network for planetary defence.

Monitoring asteroids was not just about science, but also part of China’s national security in space, according to a recent report by the Shanghai Aerospace System Engineering Institute, which is involved in the national asteroid defence programme.

Other countries such as the United States were building up space forces and China could not afford to be left behind in this race.

“It is difficult to form a consensus on the control of space forces, so the space situation is inevitably heading for confrontation,” the report said.

The planetary defence network would be fully integrated with military programmes such as missile defence systems.