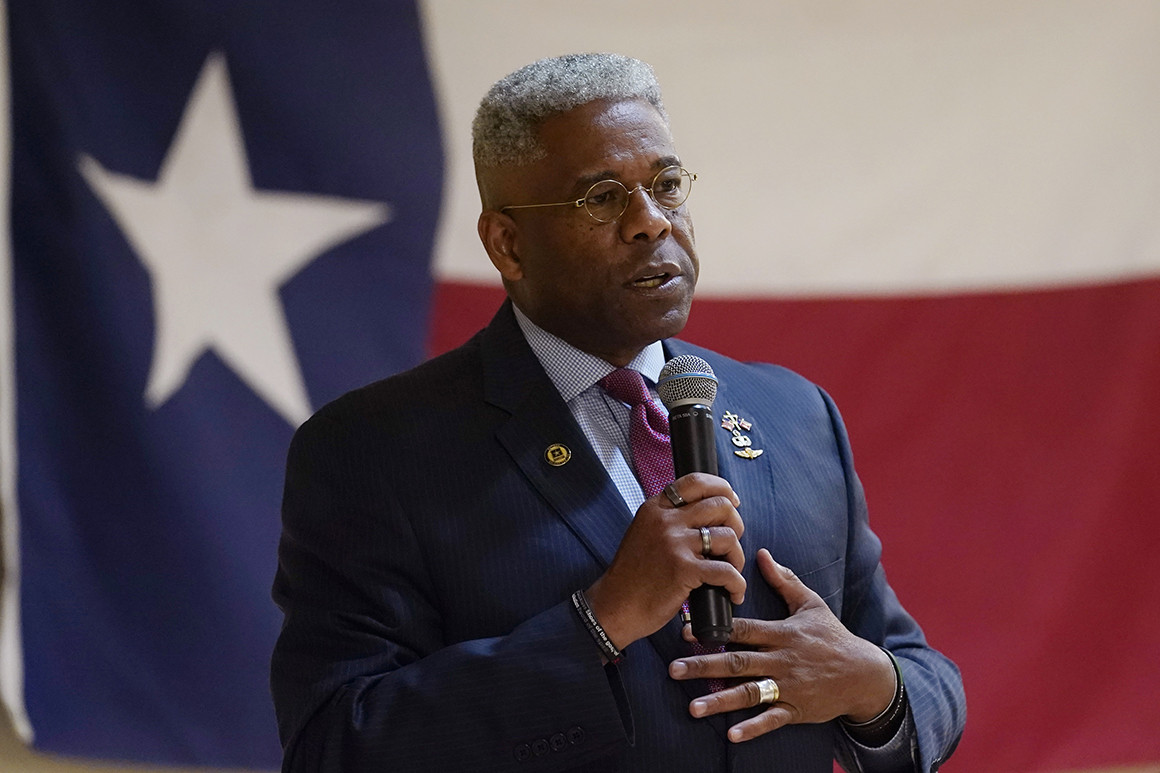 Right-wing firebrand Allen West on Sunday followed up the previous day’s news that he contracted COVID-19 and was hospitalized with an off-the-rails Twitter rant against vaccination.

The former congressman, who is not vaccinated, wrote that he and his wife Angela received monoclonal antibody treatments at an emergency room in Dallas on Saturday. “The results were immediate,” he claimed before noting that his wife, who is vaccinated, was allowed to go home while he stayed at the hospital due to concerns over COVID-related pneumonia and low blood oxygen levels.

The far-right figure, who has increasingly adopted QAnon-adjacent rhetoric and recently quit his post as Texas GOP chairman, praised the hospital for “not forcing any harmful protocols on me” and for “making me grits for breakfast!!!”

And then, despite the burden placed on hospital staff by people like West who refuse to get vaccinated, he pivoted to attacking vaccines.

“I can attest that, after this experience, I am even more dedicated to fighting against vaccine mandates,” he tweeted. “Instead of enriching the pockets of Big Pharma and corrupt bureaucrats and politicians, we should be advocating the monoclonal antibody infusion therapy.” (Monoclonal antibody treatments, of course, are largely manufactured by pharmaceutical giants like Regeneron and GlaxoSmithKline.)

West’s anti-vaccine rant included fact-free claims about the shot and somehow also found a way to fearmonger about migrants: “Instead of jabbing Americans, and not illegal immigrants, with a dangerous shot which injects them with these spike proteins…guess what? I now have natural immunity and double the antibodies, and that’s science.”

The Tea Party star also took a moment to tout his Texas gubernatorial candidacy, claiming he will “vehemently crush anyone forcing vaccine mandates” including the “progressive socialist jackasses who must be saved from themselves.”

Aside from his anti-vaccine nonsense, West has previously pushed unproven, potentially dangerous COVID “treatments” popularized by anti-vaxx contrarians, like anti-parasitic drug ivermectin and hydroxychloroquine, an anti-malarial medication. Neither drug has been proven to treat the coronavirus, despite West’s assertions.