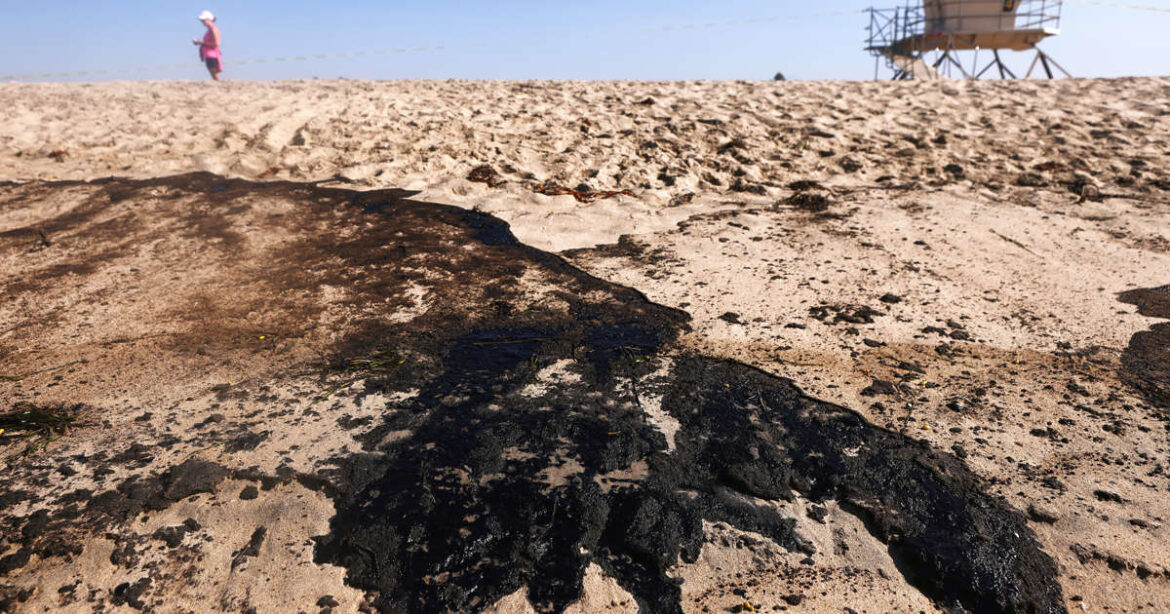 A massive oil spill off Southern California has local officials bracing for an “environmental catastrophe” as the Coast Guard races to clean up the leaked heavy crude oil and prevent it from further infiltrating the region’s fragile marshlands.

Huntington Beach Mayor Kim Carr said Sunday that cleanup efforts are focused on preventing an “ecological disaster,” but some environmental advocates warn that irreparable damage has already been done.

“We’ve already seen oiled fish and birds wash up on shore,” said Laura Deehan, the state director of Environment California, a nonprofit organization that lobbies for environmental legislation. “We know that when this thick, goopy oil gets into places, it’s really hard to clean up.”

An estimated 126,000 gallons of heavy crude oil spilled into the Pacific Ocean on Sunday, affecting nearly 25 miles of the coastline in Orange County from Dana Point to Huntington Beach.

Local officials said Sunday that oil seeped into Talbert Marsh, a 25-acre wetlands reserve that is one in a chain of marshes along Huntington Beach. Talbert Marsh is a crucial rest stop for thousands of birds as they migrate south over the winter, and it is home to around 90 species of birds throughout the year.

“A huge variety of seabirds, including egrets, gulls and the great blue heron, go there to feed, so it’s of great and immediate concern that there are reports of oil in the wetlands there,” Deehan said.

John Villa, the executive director of the Huntington Beach Wetlands Conservancy, said oil has also leaked into nearby Brookhurst Marsh and Magnolia Marsh, although the spills in all three wetlands are contained for now.

Inlets to the marshes are closed to prevent more contaminated saltwater from seeping in. Villa said the channels will eventually need to be reopened for life in the habitats to survive.

“If we don’t get that saltwater coming in, then plants and animals are going to start dying in the water, because the water won’t have enough oxygen in it,” he said.

The Oiled Wildlife Care Network at the University of California, Davis, which is assisting with the cleanup, reported Sunday that a brown pelican and two other birds were recovered alive.