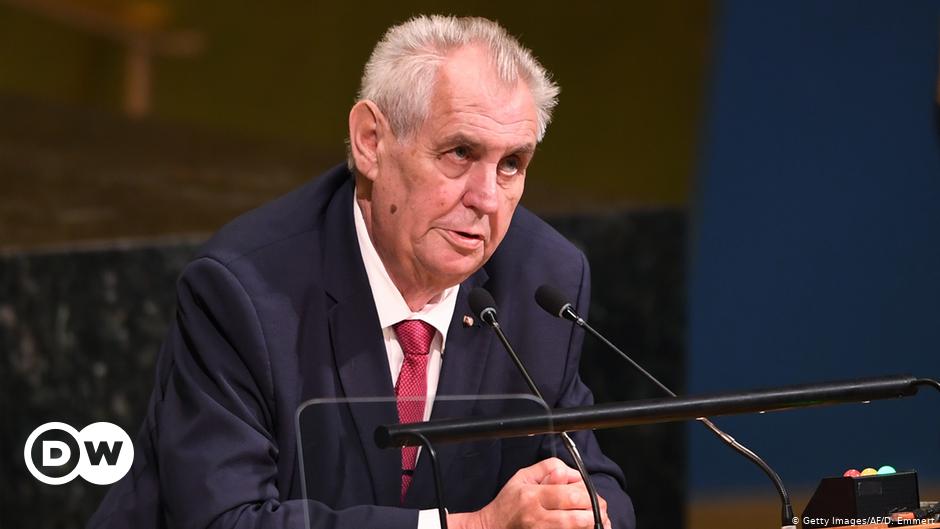 Czech President Milos Zeman has been taken to hospital amid political upheaval after a surprise opposition win in parliamentary elections.

The 77-year-old is a heavy smoker and former heavy drinker who uses a wheelchair and suffers from diabetes.

He was due to lead talks on forming a new government after Saturday’s vote.

“We know the diagnosis precisely, which allows us to target treatment,” director Miroslav Zavoral said, but added that he would not give any further details per the president’s request.

Mr Zeman’s office has previously said he is suffering from exhaustion and dehydration, after spending eight days in hospital last month.

The president was taken to hospital from the presidential chateau outside the capital Prague on Sunday morning, shortly after a meeting with Prime Minister Andrej Babis.

Footage broadcast by Czech media show staff holding up his head as he entered the hospital.

When President Zeman spent eight days in hospital in September, journalists asked the president’s mercurial spokesman Jiri Ovcacek for an official explanation. For two days there was no response. Finally, the silence was broken with the following cryptic tweet:

“I laid me down and slept; I awaked; for the Lord sustained me. I will not be afraid of tens of thousands of people, that have set themselves against me round about”: Psalm 3, 5-7.

It is fair to say that the Czech journalistic community – some of whom are blacklisted by the president’s office – has developed a certain degree of scepticism at the official statements emanating from Prague Castle.

For weeks we have been told September’s visit was a scheduled one, to treat exhaustion and dehydration.

But last week several media outlets – including the country’s public broadcaster, Czech Radio – quoted seven independent sources familiar with his condition who said he was suffering from ascites, a build-up of abdominal fluid usually associated with cirrhosis of the liver. Mr Zeman has been a heavy drinker throughout his life.

Mr Ovcacek released a statement dismissing the claims as lies and disinformation, motivated by political activism and hatred of Mr Zeman.

But distressing footage of the president being wheeled into hospital – apparently unconscious, his head held up by a bodyguard and his wife and daughter with him – will do nothing to allay public concerns, at a time of political vacuum.

Prime Minister Babis and his populist ANO party had sought re-election on Saturday after four years in power. But they were beaten in the poll by the centre-right coalition Spolu (meaning Together), which took 27.8% of the vote compared to ANO’s 27.1%.

Spolu has announced talks with the liberal Pirates/Mayors coalition known as PirStan to form a government. Together the two groups control 108 of the parliament’s 200 seats.

However President Zeman said before the election he would pick the winner of the largest individual party, not coalition, to form the next government.

Because ANO took the most votes of any one party, this would be Prime Minister Babis – an ally of President Zeman’s.

The president announced his plan to vote for the billionaire prime minister ahead of the poll. Due to his ill health however, a ballot box had to be brought to him so he could take part in Saturday’s election.

According to Reuters news agency, the Czech constitution grants the lower house of the parliament the authority to appoint the prime minister if the presidential position is vacated.

A controversial figure, Mr Zeman is known for making divisive remarks and using strong language. In June he was sharply criticised for calling transgender people “disgusting”.