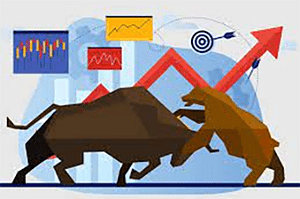 The Bangladesh Securities and Exchange Commission (BSEC), the capital market regulator, will file a fraud case against Suhrid Industries, a listed company. The decision was taken at the BSEC commission meeting on Sunday. This information was given in a press release of BSEC after the meeting.

According to the BSEC, Suhrid Industries has declared a cash dividend of 10 per cent for the financial year ended June 2019. But that dividend did not distribute among investors. After receiving complaints from investors, the BSEC formed an investigation committee to look into the matter. Based on the report of the committee, BSEC has decided to file a case against the company

The BSEC press release said that despite not having the financial means, the then board of directors of Suhrid had declared the dividend for the purpose of fraudulent activities. Therefore, the regulatory body has decided to file a criminal case against the responsible persons for cheating.

The company was listed on the stock exchange in 2014. The company raised Rs 14 crore from the market through an initial public offering or IPO.

The company also raises money through pre-IPO placements before listing on the stock exchange. Shortly after being listed on the stock exchange, a dispute arose over the ownership of the company. The change of ownership is ownership. Various irregularities started in the company. Among them, placement shareholders and entrepreneur-managers sell their shares in the market. The latest cash dividend of 10 percent was announced in 2019 to increase the share price. However, the company did not have the financial capacity to pay dividends.

According to the Dhaka Stock Exchange (DSE), the main stock exchange, the company’s entrepreneur-managers currently hold only 12 percent of the shares. However, according to the guidelines of BSEC, it is mandatory for the entrepreneurs-managers of the listed companies to have 30 percent shares in their hands at all times.