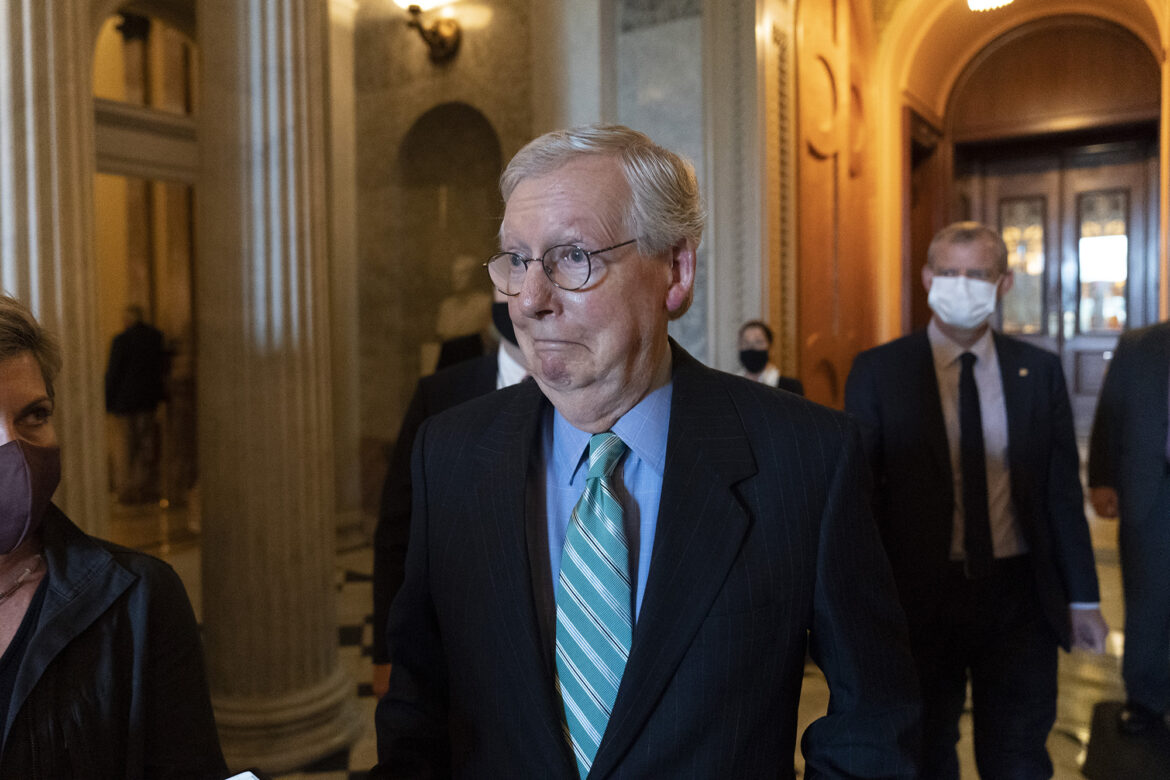 Schumer, in a speech last Thursday on the Senate floor, tore into Republicans for “playing a dangerous and risky partisan game” after 11 GOP senators stood with all 50 Democrats to end debate and proceed on a short-term increase to the nation’s borrowing limit.

The limit was extended to December on a party-line vote.

Sen. Chris Coons (D-Del.) told “Fox News Sunday” that he understands the Democratic leader’s frustration over the process, but the timing of his comments “may not have been the best.”

“Frankly, I agree with the reasons why Senator Schumer was so frustrated that this standoff over the debt limit was risky, was unnecessary, was a manufactured crisis,” Coons told host Chris Wallace.

“But partly why Senator Manchin had his head in his hands was he thinks our leaders should be talking to each other directly. And all of us agree that we need more stability in our Congress and our country,” the senator continued.

“So while I completely understand President Schumer’s deep frustration, the timing may not have been the best,” Coons said.

Wallace noted Coons’ blooper and suggested, “Maybe we should say President Manchin at this point,” in reference to the West Virginia Democrat holding a key vote in the 50-50 divided Senate.

Manchin was famously caught on video holding his face in his hands as Schumer spoke before walking off.

“I didn’t think it was appropriate at this time,” Manchin said moments later. “We have to de-weaponize. You can’t be playing politics. None of us can — on both sides. Civility is gone.”

Schumer’s comments incensed Republicans, including Senate Minority Leader Mitch McConnell, who said Republicans will not join Democrats to raise the debt limit when it comes up for a vote again in December.

“Last night, Republicans filled the leadership vacuum that has troubled the Senate since January. I write to inform you that I will not provide such assistance again if your all-Democrat government drifts into another avoidable crisis,” McConnell wrote in a letter to President Biden on Friday.“Last night, in a bizarre spectacle, Senator Schumer exploded in a rant that was so partisan, angry, and corrosive that even Democratic Senators were visibly embarrassed by him and for him. This tantrum encapsulated and escalated a pattern of angry incompetence from Senator Schumer,” McConnell wrote.