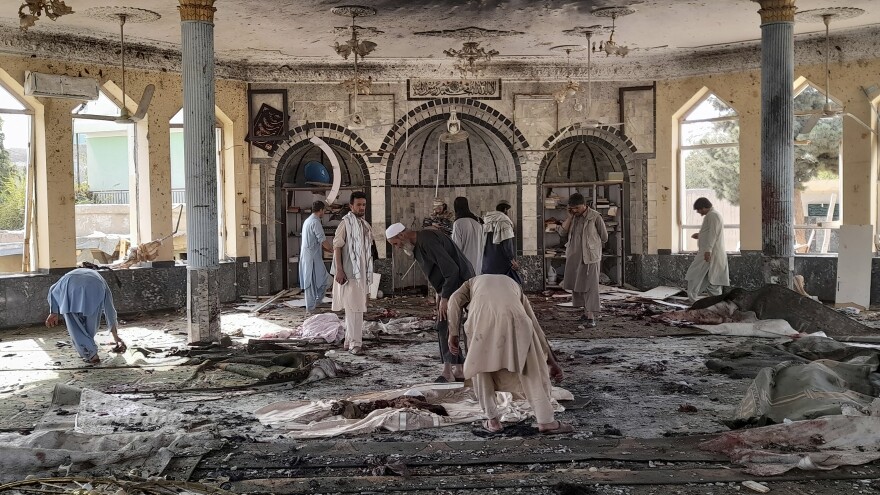 A suicide bomb explosion ripped through a Shiite mosque in northern Afghanistan’s Kunduz province, killing and wounding dozens of worshippers, according to a local official.

Afghanistan’s TOLO news agency quotes the director of information and culture of Kunduz as saying that at least 43 people are dead and more than 140 hurt in the suicide attack.

Dost Mohammad Obaida, a police official in the province, confirmed that “more than 100” were dead or wounded, according to The Associated Press.

“I assure our Shiite brothers that the Taliban are prepared to ensure their safety,” Obaida said, adding that an investigation was underway.

Earlier, Taliban spokesman Zabihullah Mujahid said that the mosque was specifically targeted, tweeting that “a number of our compatriots were martyred and wounded.”

Obaida, the local police officer, said of the Shiites that “the Taliban are prepared to ensure their safety.”

The United Nations Assistance Mission in Afghanistan later tweeted that it was “deeply concerned” about the reports.

Witnesses said they were praying at the Gozar-e-Sayed Abad Mosque when they heard the explosion, according to the AP. Hussaindad Rezayee, a resident of the area, said he heard the explosion when the prayers started and rushed to the mosque where his relatives had been worshipping.

There was no immediate claim of responsibility.

Shiite Muslims have long been a target of violence by extremists in predominately Sunni Afghanistan. The Taliban, which regained control of the country after two decades out of power, have specifically targeted the minority group in the past.

When they last held power from 1996 to 2001, the Taliban massacred hundreds of Shiite civilians. In the lead-up to their capture of the Afghan capital in August, Amnesty International says the Taliban was responsible for killing of nine men from the Hazara ethnic group, which is predominantly Shiite.

The Islamic State in Khorasan, which claimed responsibility for an Aug. 26 suicide attack at the Kabul airport that killed 13 U.S. Marines and dozens of Afghan civilians, has also carried out recent deadly bombings in Kabul. In May, the group claimed responsibility for an attack on a mosque in Kabul, and another mosque attack in the capital on Sunday that killed at least five people. IS has also been implicated in attacks on the country’s religious minorities.