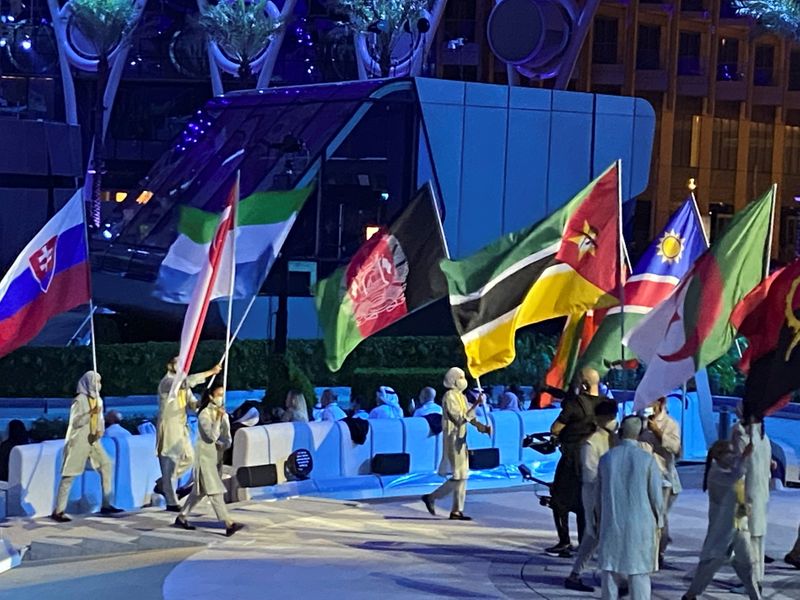 Dubai’s Expo 2020 on Saturday offered conflicting figures for how many workers had been killed on site during construction of the massive world’s fair, first saying five and then later three.

In a later statement, Expo apologized and described the initial figure as a “mistake.” Authorities had refused for months to publicly provide any figures for construction-related casualties in the run-up to the $7 billion fair rising from the desert outside Dubai, designed the burnish the city’s reputation abroad and draw millions of visitors.

The inconsistent statements came as the event and the United Arab Emirates as a whole long has faced criticism from human rights activists over poor treatment of the low-paid migrant laborers from Africa, Asia and the Middle East who keep the country’s economy humming.

When pressed to provide a number for worker deaths at a news conference Saturday morning, Expo spokesperson Sconaid McGeachin said without hesitation that “we have had five fatalities now,” adding, “you know, that is obviously a tragedy that anybody would die.”

But just after 5 p.m. Saturday and hours after an Associated Press report quoted McGeachin, Expo put out a statement that said: “Unfortunately, there have been three work-related fatalities (and) 72 serious injuries to date.” Just after 7 p.m., Expo issued another statement apologizing for “the inaccuracy.”

Expo said that its 200,000 laborers who built the vast fairgrounds from scratch worked over 240 million hours. Over the past year, authorities had not offered any overall statistics previously on worker fatalities, injuries or coronavirus infections despite repeated requests from the AP and other journalists.

The admission comes after the European Parliament urged nations not to take part in Expo, citing the UAE’s “inhumane practices against foreign workers” that it said worsened during the pandemic. Ahead of Expo, businesses and construction companies are “coercing workers into signing untranslated documents, confiscating their passports, exposing them to extreme working hours in unsafe weather conditions and providing them with unsanitary housing,” the resolution last month said.

“We have taken steps to ensure those have been addressed and very much intervened in cases on that,” she said, without elaborating.

Laborers in the UAE are barred from unionization and have few protections, often working long hours for little pay and living in substandard conditions. Most foreign workers, hoping to earn more than they would at home, come to the UAE and other oil-rich Arab states through recruitment agencies, part of a sponsorship system that ties their residency status to their jobs and lends their employers outsized power.

Dubai’s searing early autumn heat proved hazardous even for those visiting the site on its opening day Friday, with some tourists fainting in the 40 degree Celsius (104 degree Fahrenheit) humid weather.

On the fairgrounds Saturday to mark France’s National Day at Expo, French Foreign Minister Jean-Yves Le Drian told a news conference that his government was “not part” of the European Parliament resolution urging the boycott of Dubai’s world’s fair.

There was no Emirati official present at the press conference.