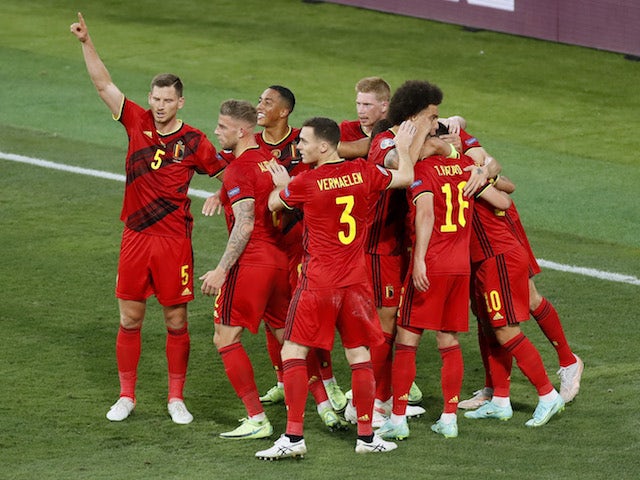 The hosts are rooted to the bottom of the pile after losing their first two games, while Belgium have taken seven points from a possible nine so far.

Still waiting for their first ever appearance at a major international tournament, Estonia entered this year’s Baltic Cup seeking to end a 19-game winless run stretching all the way back to a 1-0 friendly victory over Gibraltar in March 2019.

The three-team tournament only comprised Estonia, Latvia and Lithuania following a coronavirus-enforced postponement, and Thomas Haberli’s side managed to claim two victories from two in the competition to lift the trophy for the first time in 83 years.

While their Baltic endeavours may have ended with glory, Estonia have had very little to cheer elsewhere, as they have not won a competitive fixture elsewhere since beating Greece 1-0 in a Nations League clash back in 2018 and have made a dampening start to World Cup qualifying.

After being thrashed 6-2 by the Czech Republic on the opening day – where Tomas Soucek bagged a hat-trick – Estonia were sunk 4-2 by Belarus and are the only team in Group E yet to pick up a point before meetings with Belgium and Wales.

However, a surprise friendly victory over Finland in June means that the hosts do enter this game on the back of a three-game winning run across all competitions, but facing the world’s number-one ranked nation could see the run of green ticks quickly broken.

Belgium’s number-one world ranking is yet to translate into the international piece of silverware which they so desire, but they managed to make the perfect start to Euro 2020 with three wins from three in a group with Denmark, Russia and Finland before meeting Portugal in the last 16.

Facing the holders proved to be a true test of the mettle of Roberto Martinez’s side, but a Thorgan Hazard winner saw them dump out the 2016 winners before attempting to replicate their heroics against Italy, although they came up short in a 2-1 defeat as another shot at glory went begging.

Speculation over Martinez’s future understandably gathered pace after a disappointing showing, but the former Everton and Wigan Athletic boss will remain in his role for the time being as he seeks to fulfil Belgium’s ambitions of a trophy in Qatar 2022.

Despite being held to a 1-1 draw by the resilient Czechs on matchday two of qualifying, the Red Devils sunk Wales 3-1 on the opening day before a comprehensive 8-0 thrashing of Belarus on March 30, and only Denmark have scored more goals in UEFA qualification so far.

Estonia did beat Belgium 2-0 as recently as 2009, but the two most recent meetings between the sides saw the Red Devils run out 10-1 aggregate winners, thrashing their opponents 8-1 at home before a 2-0 away win during qualification for the 2018 World Cup.

Estonia duo and Flora teammates Henrik Purg and Markus Soomets took part in the Baltic Cup but will play no part in September’s fixtures, while captain Konstantin Vassiljev will go level with Andres Oper in third on the all-time appearance list should he play in all three fixtures.

North London duo Karl Hein of Arsenal and Maksim Paskotsi of Tottenham Hotspur represent two Premier League teenagers in the hosts’ squad, and the former could get the nod in goal.

Mattias Kait bagged both goals in Estonia’s final Baltic Cup clash, a 2-1 win over Latvia, and he should join 131-cap skipper Vassiljev – now 37 – in the midfield.

As for Belgium, they will have to make do without Kevin De Bruyne for this round of fixtures, while Nacer Chadli, Jeremy Doku and Dries Mertens are not part of the squad either.

Doku and De Bruyne both started the Euro 2020 quarter-final defeat to Italy, but with the attacking duo absent for September’s games, Yannick Carrasco, Eden Hazard and Leandro Trossard will all be vying for spots behind talisman Lukaku.