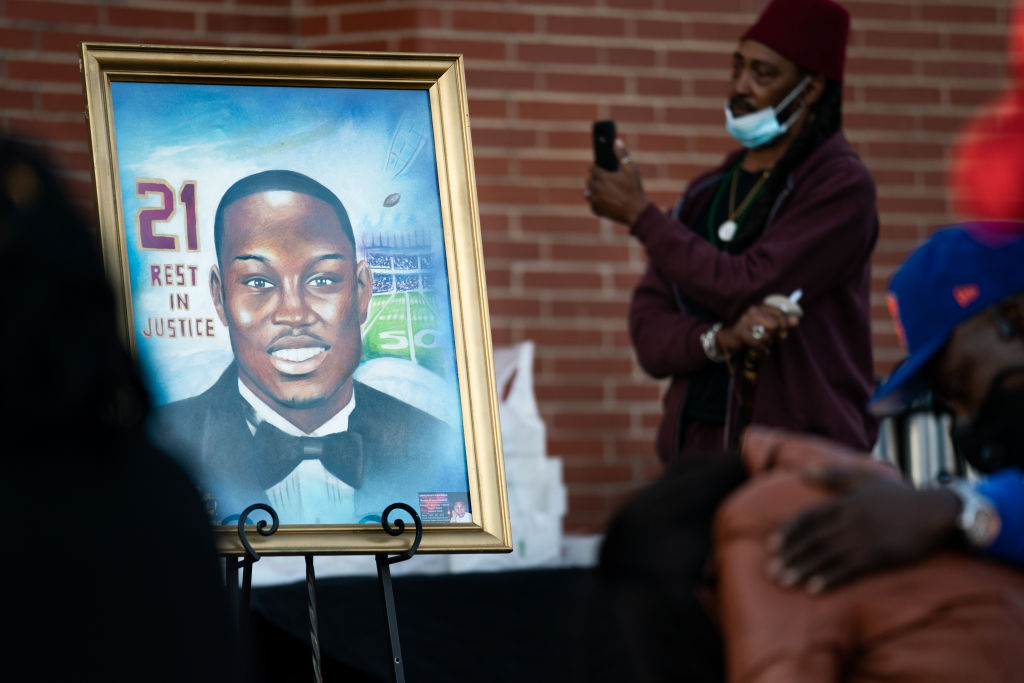 Attorney General Chris Carr on Thursday announced the indictment of former District Attorney Jackie Johnson, who was strongly criticized over the way she handled the Ahmaud Arbery case.

Johnson was indicted on charges of violation of oath of public officer and obstruction of a police officer. The charges, as alleged in the indictment, are related to the investigation surrounding the deadly shooting of Arbery.

“When I received the news, I was at work,” said Thea Brooks, Arbery’s aunt. “I was very overjoyed because this is a step closer to justice for Ahmaud. It’s not a conviction, but an indictment is going in the right direction.”

Specifically, the indictment (in full at end of the article) accuses Johnson in February 2020 of violating her oath as district attorney “by showing favor and affection to Greg McMichael during the investigation…”

Johnson also failed “to treat Ahmaud Arbery and his family fairly and with dignity,” the indictment states. It alleges that after Arbery’s death, Johnson sought the assistance of Waycross Judicial Circuit District Attorney George Barnhill and, after disqualifying her for office, recommended Barnhill to the Attorney General’s Office for appointment as the case prosecutor without disclosing that she had previously sought Barnhill’s assistance on the case.

“I just knew something wasn’t right with that because they should have been arrested,” said Arbery’s aunt, Carla. “Because if someone else, they would have been arrested the same day, and there would have already been a court hearing and everything for them. But it always worked out on time, and I just thank God that she has been indicted.”

If convicted, the violation of oath of public officer is a felony charge that carries a sentence of one to five years. The obstruction and hindering a law enforcement officer charge is a misdemeanor that carries up to 12 months.

“Our office is committed to ensuring those who are entrusted to serve are carrying out their duties ethically and honestly,” Carr said in a prepared statement. “While an indictment was returned today, our file is not closed, and we will continue to investigate in order to pursue justice.”

Gregory and Travis McMichael, a father and son, and their neighbor William “Roddie” Bryan Jr. are awaiting trial this fall for chasing and killing 25-year-old Arbery last year as he ran in their neighborhood outside coastal Brunswick. Jury selection is scheduled to start Oct. 18.