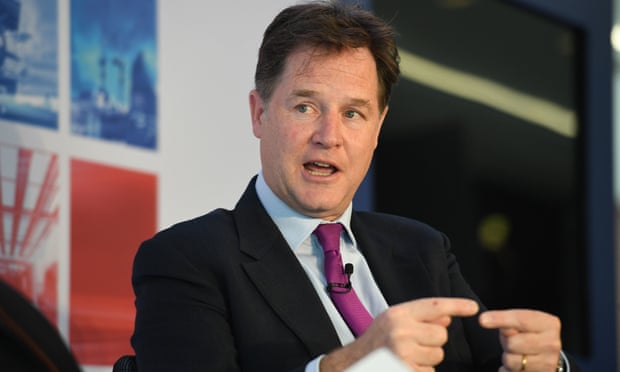 Nick Clegg, Facebook’s vice-president of global affairs, has slammed the Wall Street Journal for reporting that the social media giant was aware of negative impacts of some of its products.

The newspaper’s work contained “deliberate mischaracterisations of what we are trying to do, and conferred egregiously false motives to Facebook’s leadership and employees”, the former British deputy prime minister said.

Reporting by the newspaper on what Facebook knew about the mental health impacts on teenage girls of its photo-sharing platform Instagram has led to outrage and calls for increased regulation.

The paper also reported that Facebook content moderation goes easy on politicians and celebrities even when they violate user guidelines, and said human traffickers and drug cartels take advantage of Facebook’s reach and growth in developing countries.

In a statement posted on Facebook’s corporate website on Saturday under the title “What the Wall Street Journal Got Wrong”, Clegg said the paper had not presented the whole picture on the “most difficult issues we grapple with as a company – from content moderation and vaccine misinformation, to algorithmic distribution and the well-being of teens”.

He also said the reporting was based on selective quotes from internal reports designed to “hold up a mirror to ourselves and ask the difficult questions about how people interact at scale with social media”.

“These are serious and complex issues and it is absolutely legitimate for us to be held to account for how we deal with them,” Clegg wrote.

“[But] at the heart of this series is an allegation that is just plain false: that Facebook conducts research and then systematically and willfully ignores it if the findings are inconvenient for the company.”

Clegg said Facebook “understands the significant responsibility that comes with operating a global platform. We take it seriously, and we don’t shy away from scrutiny and criticism.

“I wish there were easy answers to these issues, and that choices we might make wouldn’t come with difficult trade-offs … [but] that is not the world we live in.”