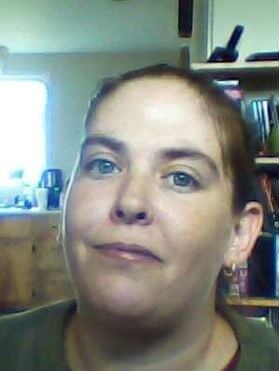 The family of a missing Fredericton woman is urging anyone with information about her to come forward.

Kari Campbell, 38, has been missing for two weeks. She was last seen in Durham Bridge on Aug. 19.

Her son, 20-year-old Tyler Campbell, said he’s alarmed that she hasn’t contacted anyone in weeks, and fears something has happened to her.

“I am obviously worried that something is happening to her because she wouldn’t stay gone,” Campbell said.

“I have a 10-year-old brother, Brennen, and he had a birthday August 20th. She wouldn’t miss his birthday and she wouldn’t go this long without contacting any family members.”

Campbell said his mother hasn’t accessed her bank account and hasn’t been active on social media since the 19th. She has also missed taking medicine she needs daily, he said.

Campbell said he last saw her the day before she disappeared. She had just gotten a new phone and proudly showed it off to him.

“She was just excited to show off her phone, like she was just showing me the camera and stuff,” he said. “And because her old phone was pretty old. So it was kind of exciting for her to have a newer touchscreen phone.”

Campbell said police have searched the area in Durham Bridge.

“They’re trying their best. They’ve been calling me, I have been giving them information. … They’re trying everything they can,” he said. “They’ve brought helicopters out, their drones. They’ve done ground searches with search and rescue.”

Campbell, described as 5’2″, with medium-length brown hair, blue eyes, a butterfly tattoo on her leg and forearm and a sun tattoo on her shoulder blade, was reported missing to Fredericton police on Aug. 22.

In a news release two days later, police said she was last seen in the early morning hours of Aug. 19 outside a home in Durham Bridge.

The Keswick RCMP have since taken over the investigation and have followed up on several leads to try and locate her, and police are concerned for her well-being, the release said.

Campbell and his boyfriend printed off 100 posters and put them up around the city and in Durham Bridge, but they haven’t gotten any information back.

“We’re all really worried about her, like my whole family’s worried. My grandmother has been really emotional about it too,” he said.

The family is offering a $5,000 reward for any information that leads to Kari Campbell’s whereabouts.

Anyone with information is asked to contact the Keswick RCMP.