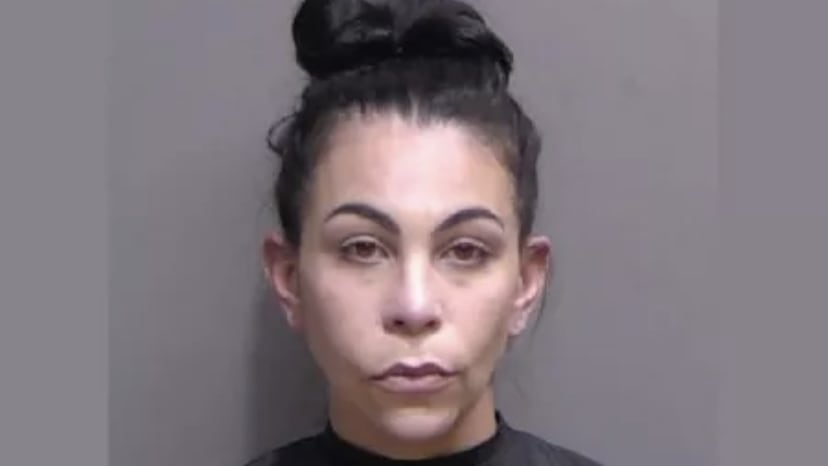 A Florida mother is facing felony child abuse charges on accusations that she helped two juveniles, including her son, fight another child.

Ashley Ruffin, 31, of Palm Coast, was arrested by law enforcement after she allegedly held a child down while he was beaten. She faces a misdemeanor battery charge in addition to the felony count, according to the Flagler County Sheriff’s Office.

The charges stem from a September 8 incident where a Flagler County Sheriff’s Office Indian Trails Middle School Resource deputy was approached by a female motorist. The woman allegedly stated that her son was jumped by two male juveniles and one of the boys’ mothers.

“There is zero excuse for an adult, especially a parent, to be physically involved in a juvenile dispute,” Sheriff Rick Staly said. “Kids need to have leadership from their parents and be taught how to handle disputes properly. I doubt she will receive a mother of the year award.”

According to the report, the victim said that he was sitting with his friends when two kids approached him and started hitting him. At some point, Ruffin allegedly left her vehicle and grabbed the child by the hair while the other two continued to beat on him, according to the report. The victim also told police that he believed at one point the boy’s mother grabbed him and held him while they continued to hit him.
Ashley Ruffin was arrested by the FCSO
Ashley Ruffin was arrested and charged with battery and child abuse after she allegedly helped her child commit battery on another child, according to the Flagler County Sheriff’s Office. Flagler County Sheriff’s Office

Police said that other juvenile witnesses confirmed the victim was jumped by the suspected juveniles and that they saw the adult female, who they identified as Ruffin, grab the victim and allow the other boys to beat him. Ruffin is also accused of displaying a taser during the altercation.

Deputies made contact with the parents of the juveniles suspects and determined that Ruffin’s husband Miguel Aviila was unaware of the incident that occurred at the school’s sports complex. When law enforcement told Aviila that Ruffin may be facing criminal charges, he allegedly became irate and said that he was going to file a report about the fight.

Ruffin was later arrested and spent a night in jail.

On Friday, September 10, Ruffin posted a 15-minute video on Facebook explaining her involvement.

The mother said that her 12-year-old son, who’s in the eighth grade, was playing a game of basketball with the victim the week prior to the altercation when the victim allegedly became agitated with Ruffin’s son during the game. She said the harassment continued into the locker room and eventually turned physical in the hallway. Ruffin said both children were suspended but she was told by the principal it was a minimal incident.

Ruffin said she later came into possession of a video that was filmed during the first fight that showed her son getting beaten. After viewing the clip, her husband went to the school in an effort to “do things the right way,” but said administrators did nothing.

Rather than press charges, the mother said that she wanted to have a sit down with the family to have a conversation but the holiday weekend made it difficult.

On the day of the incident, Ruffin arrived at the sports complex to pick up her son like usual and said she witnessed him being approached by the victim and 10 to 15 other boys. In the video, Ruffin claims she ran over to break up the fight.

She said the video was an attempt to help get her side of the story out.

The Flagler County Sheriff’s Office told Newsweek that they were made aware of the video mentioned by Ruffin and that the school resource deputy has reached out to the family to investigate.

Public Affairs Office Melissa Morreale said that the sheriff’s office was unaware of the previous fight because the school chose to handle it internally, without the resource officer.