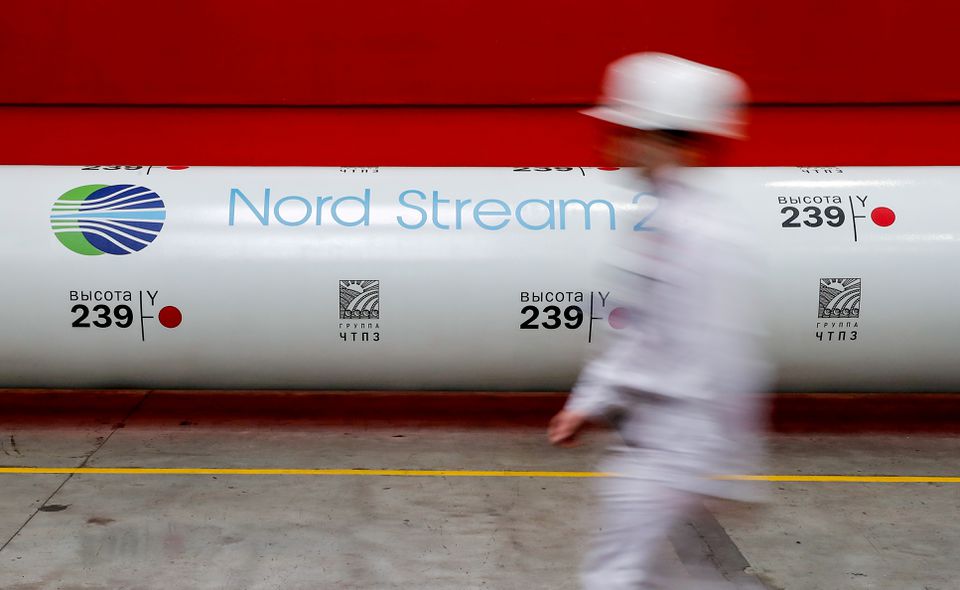 European policymakers and some traders blame Russia for the low volume of gas stored across the region which has sent both gas and electricity prices surging to record highs.

Russia’s pipeline gas export monopoly Gazprom has met commitments for long-term contracts, its clients confirm. But it has not raced to book extra pipeline capacity for spot buyers, despite European calls for more supplies.

Some policymakers and traders have speculated additional gas has been deliberately withheld to make a diplomatic point and accelerate the approval of the Nord Stream 2 pipeline.

Others say Russia has withheld gas to create a shortage, drive up prices and increase export revenues, similar to the way the OPEC+ producer group raises oil prices and its revenues.

The other possibility is Russia has not supplied more gas because it faces its own shortage and wants to rebuild domestic stocks after they were depleted by a cold winter in 2020/21.

There is no empirical way to determine which theory is correct or what Russia’s intentions have been.

But whatever the reason, the result is the same: gas is in short supply and European energy prices have hit record levels.

Escalating energy prices are a global phenomenon. Shortages of gas, coal, electricity and to a lesser extent oil are evident across North America and Asia as well as Europe.

In every case, very high and rapidly rising prices this year are a reaction to very low and rapidly falling prices last year during the coronavirus-driven recession.

Energy prices have always been strongly cyclical. In this instance, an exceptionally severe cyclical slump in 2020 has produced an equally extreme cyclical upswing in 2021.

Energy production and consumption fell sharply last year, with consumption generally falling earlier and faster than production, leading to a big rise in inventories, and intensifying the downward pressure on prices.

Since then, the process has reversed. Energy consumption has recovered rapidly, while production has come back more slowly, leading to a big inventory draw and intensifying the price rise.

In the gas market, the long cold winter across North America and Eurasia depleted inventories even further and accelerated the routine cyclical swing from slump to boom conditions.

Compared with five-year averages, energy inventories have moved from large surpluses in 2020 through neutral in the winter of 2020/21 to deficits by late 2021.

The winter drawdown of 2020/21 was the second-largest on record and left inventories at their lowest for three years.

The United States experienced a similar though less severe draw that left working gas stocks in underground storage slightly below the same average.

By the start of spring 2021, conditions for a future gas shortage and a sharp rise in prices were in place if production and deliveries did not rise faster than normal over the summer.

“You always squeeze with the grain of a market, never against it,” as one senior commodity trader once told me.

Did Russia spot an opportunity this year to squeeze an already tight market by deliberately reducing gas exports? Or did Russia prioritise rebuilding its own depleted inventories? We will probably never know.

But what is clear is that most or all of the rise in gas, coal and electricity prices in Europe and the rest of the world can be explained in terms of regular supply-demand fundamentals.

If the gas market had been comfortably supplied earlier this year, Russia would not have been able to increase prices by withholding production, whether or not that was its intention.

In the same way, if the oil market had been comfortably supplied, with rising output from U.S shale fields and other sources, OPEC+ supply curbs would not have been able to lift prices by so much.

Price slumps promote retrenchment and consolidation among energy producers, leaving those that survive with more pricing power and higher revenues when the cycle turns up again.

Current energy shortages are an extreme version of the normal industry cycle, an exceptional price spike in 2021 in reaction to the exceptional slump in 2020.

By the same logic, the exceptionally high prices of 2021 are creating conditions for a more balanced or even oversupplied market later in 2022 and 2023.