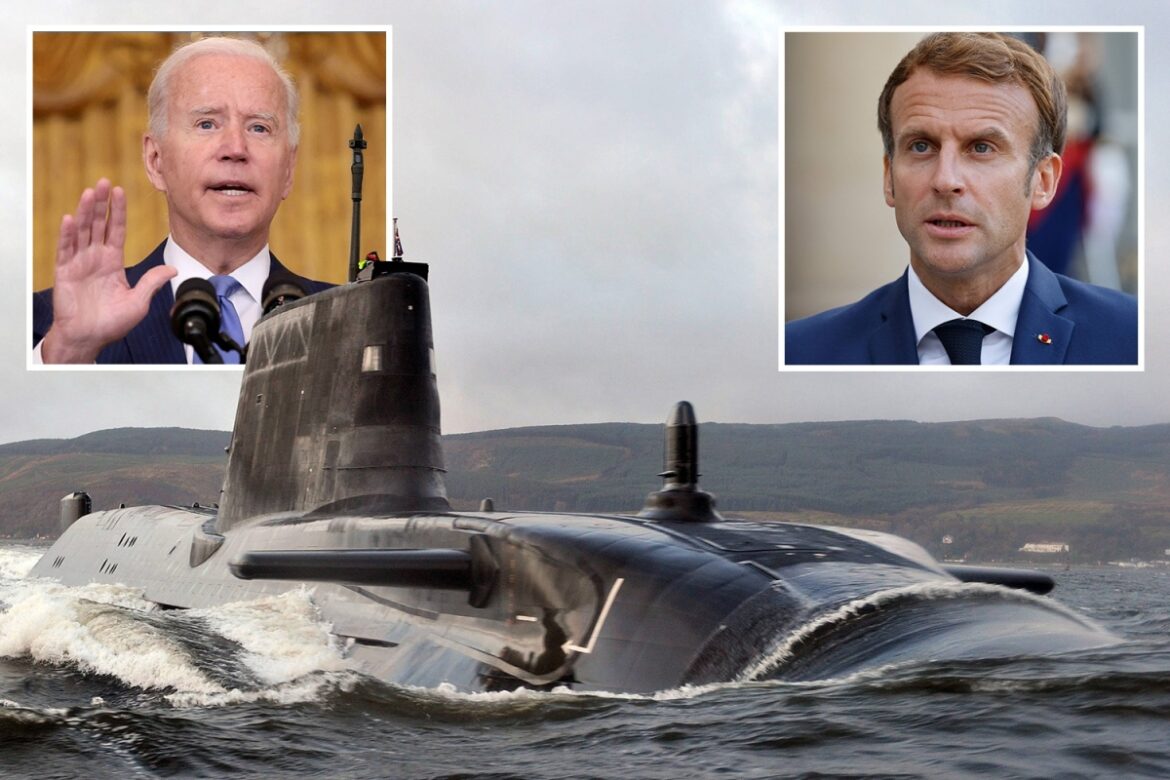 France announced on Friday that it was immediately recalling its ambassadors to the United States and Australia in protest of President Biden’s announcement of an agreement to provide nuclear-powered submarines to Australia without consulting French officials.

In a statement, the French foreign minister said the decision was made by President Emmanuel Macron.

“At the request of the President of the Republic, I have decided to immediately recall our two ambassadors to the United States and Australia to Paris for consultations,” said Jean-Yves Le Drian, the foreign minister. “This exceptional decision is justified by the exceptional gravity of the announcements made on 15 September by Australia and the United States.”

The decision by Mr. Macron deepened the rift between the two longstanding allies over the submarine deal, which American and Australian officials kept secret from the French until just before the announcement on Wednesday.

In the statement announcing that the ambassadors would return temporarily to Paris — a severe diplomatic step that is usually used against adversaries — Mr. Le Drian made it clear that his country saw the actions of the two nations as a serious breach of trust.

He said the U.S.-Australia partnership, which will result in the abandonment of a previous submarine agreement between Australia and France, constitutes “unacceptable behavior between allies and partners, the consequences of which affect the very conception we have of our alliances, our partnerships and the importance of the Indo-Pacific for Europe.”

That language echoed the bitter comments from Mr. Le Drian and other French officials on Thursday, suggesting that the anger felt at the top levels of Mr. Macron’s government was more than a fleeting temper tantrum.

American officials have conceded that they first informed the French on Wednesday morning, hours before Mr. Biden’s announcement of the deal. They also said that top American officials had tried, unsuccessfully, to schedule meetings with their French counterparts before news of the deal leaked in the Australian and American press.

In a briefing with reporters on Friday before the recall announcement by the French government, Linda Thomas-Greenfield, the U.S. ambassador to the United Nations, downplayed the damage to the relationship between the two countries.

“As the president said, we cooperate closely with France on shared priorities both in the Indo-Pacific region and we’ll continue to do so here in the Security Council,” she said. “Good friends have disagreements, but that’s the nature of friendship and that’s — because you’re friends, you can have disagreement and continue to work on those areas of cooperation.”

She added: “We will continue to work with our French colleagues on areas of cooperation and address any tensions in our relationship, but we don’t see those tensions changing the nature of our friendship.”

But the move by the French to recall their ambassador to the United States, Philippe Étienne, in order to consult with other officials about the American decision is the kind of step usually taken to punish another country, signaling a bad relationship.

In March of this year, Russia recalled its ambassador to the United States after Mr. Biden said in an interview that President Vladimir V. Putin would “pay a price” for interference in the 2020 presidential election. Mr. Biden also agreed that Mr. Putin was a “killer.”

Biden administration officials did not immediately respond to requests for comment on the French decision to recall their ambassador.