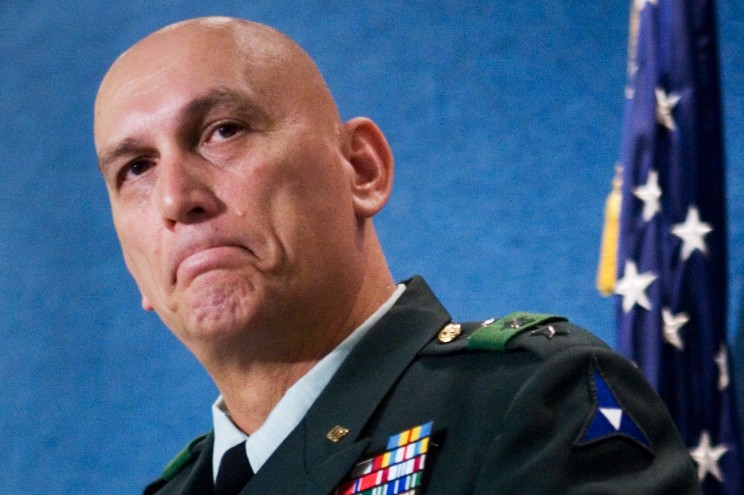 Gen. Raymond T. Odierno, a New Jersey native and former Army Chief of Staff, who led the successful “surge” that turned both the tide of battle and American public perception in the Iraq War, died Friday at age 67.

“The general died after a brave battle with cancer; his death was not related to COVID,” his family said in a statement. There were no further details given.

The Association of the United States Army reported the general had a lengthy record and did several tours overseas.

“During more than 37 years of Army service, he commanded units at every echelon, from platoon to theater, and served in Germany, Albania, Kuwait, Iraq and across the US,” the report stated.

Odierno, who rose to the rank of four-star general, served three tours of duty in Iraq and it was under his command that elements of the 4th Infantry Division captured Iraqi dictator Saddam Hussein on Dec. 13, 2003.

“Caught like rat,” Odierno famously stated, in one of the signature moments of America’s post-9/11 military conflicts.

“He was in the bottom of a hole with no way to fight back,” Odierno, then a major general, told global media, as images were broadcast around the world of the once-feared former dictator being dragged out of hiding by US troops.

Odierno was born Sept. 8, 1954, in Rockaway Township, NJ, the son of a World War II Army sergeant and working mother. A star high school athlete, the towering 6-foot-5 inch Odierno played both baseball and football at the US Military Academy. He graduated from West Point in 1976.

Odierno was charged by the Bush administration in 2007 with commanding the controversial so-called “surge” in the Iraq War.

The rapid deployment of tens of thousands of additional troops proved a success in quelling violence in Iraq and reducing American casualties and boosted Odierno’s profile in military and global affairs.

He gained further international prominence in 2008, after replacing Gen. David Petraeus as the commander of the multinational force in Iraq.

Odierno was known within military circles for his deep commitment to the Army and to those soldiers, and their families, killed and wounded in service of their nation.

“Ray firmly believes soldiers aren’t in the Army, they are the Army,” Army Secretary John McHugh said at Odierno’s retirement ceremony in 2105, the Army Times reported. “It’s always been his No. 1 job to serve them well and serve them honorably. Whether it’s fighting in Tikrit or visiting a hospital bed at Walter Reed, he’s led with a quick mind, calloused hands and a servant’s spirit.”

Odierno is survived by his wife Linda, who he met in high school, as well as their three children, including retired Capt. Tony Odierno, a combat veteran, and their families.