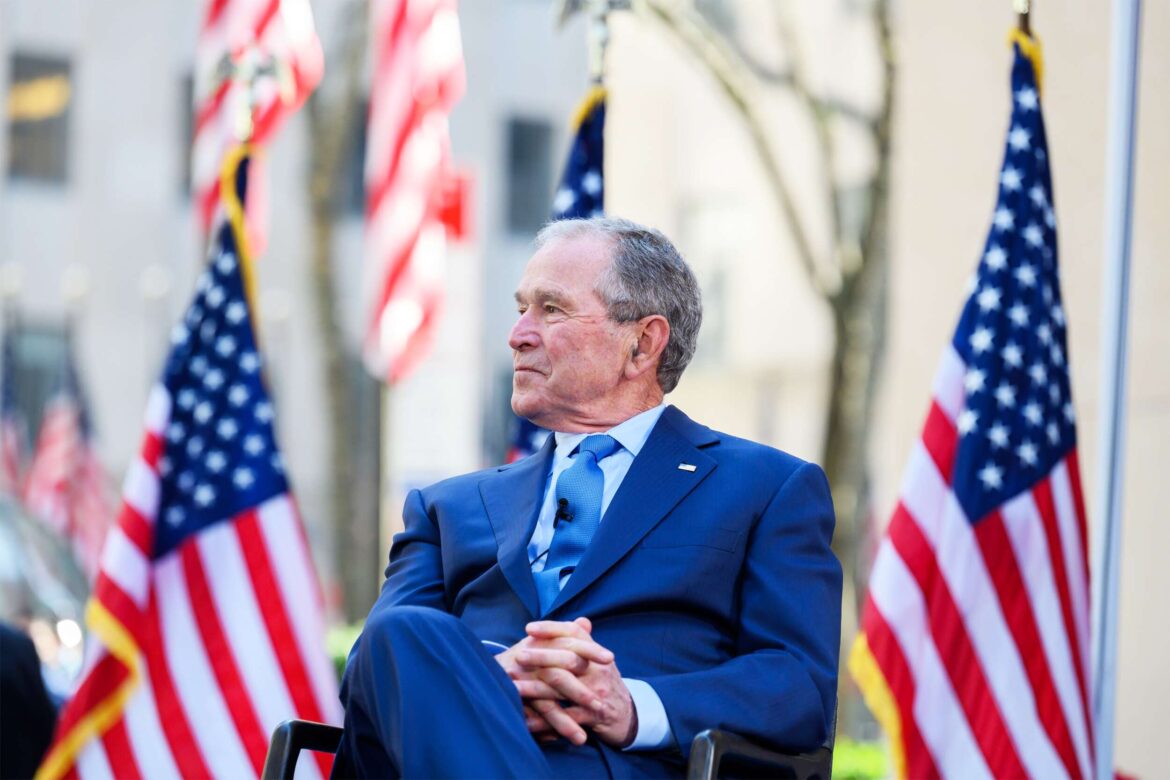 On the 20th anniversary of the terrorist attacks that changed his presidency, former president George W. Bush on Saturday warned there is growing evidence that domestic terrorism could pose as much of a threat to the United States as terrorism originating from abroad, and he urged Americans to confront “violence that gathers within.”

Without naming it, Bush seemed to condemn the Jan. 6 insurrection at the U.S. Capitol, when a pro-Trump mob overran the complex in a violent siege that resulted in the deaths of five people. Bush compared those “violent extremists at home” to the terrorists who had hijacked planes on Sept. 11, 2001, and crashed them in New York City, Arlington, and Shanksville, Pa., killing nearly 3,000 people.

“There is little cultural overlap between violent extremists abroad and violent extremists at home,” Bush said in a speech at the Flight 93 National Memorial in Shanksville. “But in their disdain for pluralism, in their disregard for human life, in their determination to defile national symbols — they are children of the same foul spirit, and it is our continuing duty to confront them.”

Bush, a Republican who was president when the 9/11 attacks happened, continually invoked “the nation I know” in his remarks Saturday, an echo of his previous rejection of the rhetoric of former president Donald Trump. Bush spoke of the difficulty of describing “the mix of feelings” everyone experienced on that clear September day 20 years ago.

“There was horror at the scale of destruction and awe at the bravery and kindness that rose to meet it,” Bush said. “There was shock at the audacity — audacity of evil — and gratitude for the heroism and decency that opposed it. In the sacrifice of the first responders, in the mutual aid of strangers, in the solidarity of grief and grace, the actions of an enemy revealed the spirit of a people. And we were proud of our wounded nation.”

As President Biden and Vice President Harris also did in remarks for the 20th anniversary of the attacks, Bush called on the nation to once again hold fast to its best qualities and shared strengths, to come together as many Americans felt the country had in the days after 9/11. Left unspoken — but alluded to plenty of times Saturday — was that the nation felt as divided as ever, and that Trump was continuing to stoke those divisions.