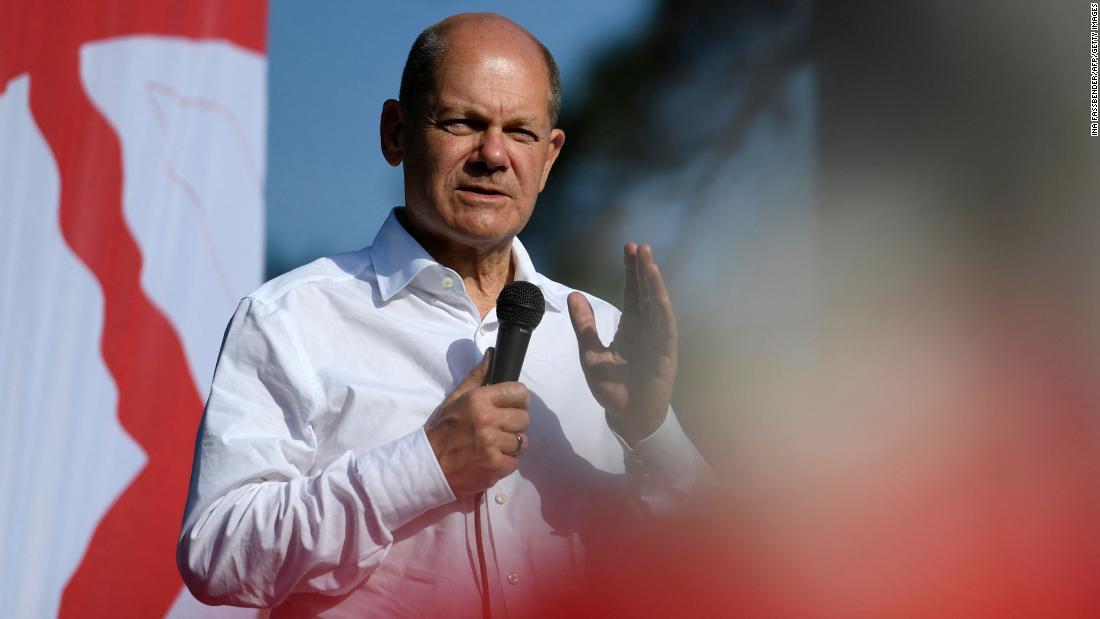 Angela Merkel is about to bow out as chancellor of Germany after 16 years, marking the start of a new era for Europe’s largest economy.

The results of Sunday’s election are hard to predict, and the formation of a government could take weeks or months to play out. But when the dust settles, polls indicate that the new chancellor could be the left-leaning Social Democratic Party’s Olaf Scholz, who steered Germany’s economy through the pandemic as finance minister in a coalition with Merkel. Meanwhile, the Greens could more than double their number of seats in parliament.
Scholz’s SPD and the Greens could partner with the pro-business Free Democratic Party, gaining enough power to shift the country’s economic agenda to the left. Taxation and spending could increase as political leaders double down on digitization and climate policy, while wariness about rising government debt may take a back seat.
“Greens and liberals in a coalition would bring the freshest innovative forces that we have had in a while in a German government,” said Carsten Brzeski, ING’s global head of macro research.

Global banks say that the eventual outcome of post-election jockeying among the parties is far from certain, while advising investors to prepare for two potential results: a coalition of the SPD, Green Party and the FDP, or a narrow victory for Merkel’s center-right Christian Democratic Union, led by Armin Laschet, which would also likely need to team up with the Greens and FDP.
The former option would mark a move to the left, but would be less dramatic than an alliance between the SPD, Greens and hard-left Die Linke. This result, which could produce much more ambitious efforts to redistribute wealth and levy taxes, has been downplayed by analysts, and would likely take investors by surprise.
Whichever combination takes charge will have to manage the ongoing recovery from the coronavirus pandemic. Germany’s economy is on track to grow by 2.9% this year and 4.6% next year after contracting by 4.9% in 2020, according to the latest projections from the Organization for Economic Cooperation and Development.
Yet recent data indicates momentum could be slipping. The Ifo index, which tracks the country’s business climate, fell for the third month in a row in September, according to data released Friday. Slower growth in China, snarled supply chains and surging gas prices are likely to be taking a toll.
This pullback could add to pressure on the country’s new leaders to scrap Germany’s notoriously strict fiscal rules so they can keep spending on the domestic economy.
The country enshrined a so-called “debt brake” in the constitution in 2009, severely limiting public borrowing after the financial crisis with few exceptions. Because of the pandemic, debt rules were suspended until 2023. That allowed German borrowing to jump, with the country’s debt-to-GDP ratio climbing sharply to 70% in 2020.
Though such a ratio pales in comparison with the United States, where debt is now projected to exceed annual GDP, Germany’s centrist parties have been eager to get the country’s public finances back under control. The Greens, meanwhile, want more permanent easing of debt rules.
UBS strategists Dean Turner and Maximilian Kunkel think the debt brake — which has become a key tenet of German fiscal conservatism — is likely to remain in place, since overturning it would require a two-thirds majority in parliament.
Still, they expect Germany’s new leaders will find other ways to increase spending to address the climate crisis, an issue that gained even greater prominence after devastating flooding hit the country in July.
“The one common area of agreement for all parties is the need to tackle climate change,” Turner and Kunkel wrote in a recent research note. Whatever coalition emerges, they continued, green investment “will rise.”

Brzeski expects that the incoming governing coalition, no matter its makeup, will create a special investment vehicle to circumvent the debt brake, allowing money to flow to green initiatives.
With a more liberal coalition government, however, some timelines could be moved up.
“[The Greens] would likely push for an acceleration of the green transition of the German economy as a pre-condition for entering government,” Goldman Sachs said in a recent note to clients.
The Green Party has called for a 70% cut in greenhouse gas emissions from 1990 levels by 2030, compared to the current government goal of 65%. It also wants coal plants shuttered by the end of this decade, rather than by 2038, and for new cars to be emissions-free by that point, too.
This could set up a clash with Germany’s most powerful businesses. In its latest strategy update, Volkswagen (VLKAF) said it wanted 50% of sales to come from electric cars by 2030, rising to almost 100% in 2040.
How much the state should intervene could generate friction between coalition members.
“The biggest controversy will be: How do you change people’s behavior?” Brzeski said. “Do you do this by incentives, and by educating people, or do you do this by [increasing] prices and costs?”
A left-leaning government in Germany could also lead to an increase in taxes for the wealthiest Germans, with the SPD proposing a new wealth tax on the super-rich.
But banks are emphasizing that it remains hugely unclear how the election will play out — and the more conservative CDU could still prevail, keeping Germany more firmly on its current fiscal and economic path.