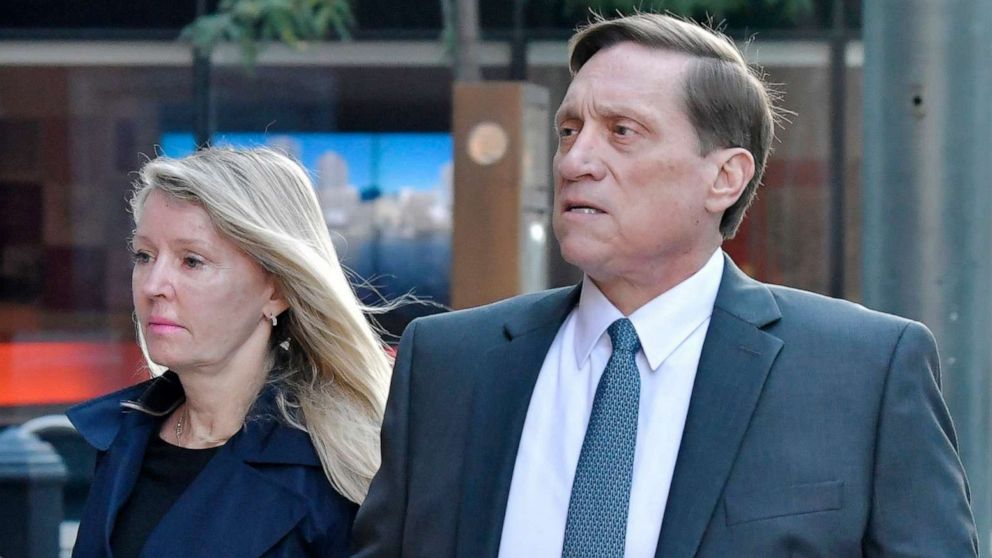 A guilty verdict was reached Friday afternoon in the trial of John Wilson and Gamal Abdelaziz, two wealthy fathers charged with paying bribes to secure prestigious college spots for their kids under false pretenses.

Wilson and Abdelaziz were the first defendants among about five dozen to stand trial in Boston for charges stemming from the sweeping Operation Varsity Blues scheme.

They pleaded not guilty to fraud and bribery conspiracy charges in the case.

Abdelaziz, a former casino executive from Las Vegas, allegedly paid $300,000 to get his daughter into the University of Southern California as a basketball recruit even though she didn’t make her high school varsity team.

Wilson, a former Staples executive, allegedly paid $220,000 to have his son designated as a USC water polo recruit and gave an additional $1 million to get his twin daughters into Harvard and Stanford.

While the two men argued they thought their payments to scheme mastermind Rick Singer were legitimate donations, the jury agreed with prosecutors that they amounted to bribes to buy their kids’ way into those schools.

Assistant U.S. Attorney Stephen Frank told jurors during closing arguments: “These parents were not willing to take ‘no’ for an answer, and to get to ‘yes’ they crossed a line. In crossing that line, they broke the law.”

Jurors deliberated for nearly 11 hours over two days. Abdelaziz will be sentenced Feb. 16 and Wilson on Feb. 17.

Abdelaziz and Wilson’s actions were “an affront to hard-working students and parents,” acting U.S. Attorney Nathaniel Mendell said after the verdict. “The verdict today proves that even these defendants, powerful and privileged people, are not above the law.”

The trial featured audio recordings of phone calls between Singer, who pleaded guilty and agreed to cooperate in the investigation, and each of the men. Prosecutors argued the calls showed that the fathers understood they were partaking in a scheme.

On a phone call where Abdelaziz is heard saying, “Sabrina is loving USC!” Singer also is heard saying, “I’m not going to tell the IRS that your $300,000 was paid to Donna Heinel at USC to get Sabrina into school even though she wasn’t a legitimate basketball player at that level.”

“I’m going to say your $300,000 payment was made to our foundation to help underserved kids,” Singer said. “I just want to make sure you’re OK with that.”

“I am,” Abdelaziz replied.

Three other parents are expected to face trials in January, and three coaches are scheduled for trails in November.

Four dozen other defendants, including the actresses Lori Loughlin and Felicity Huffman, opted to plead guilty, and many have already served their sentences.