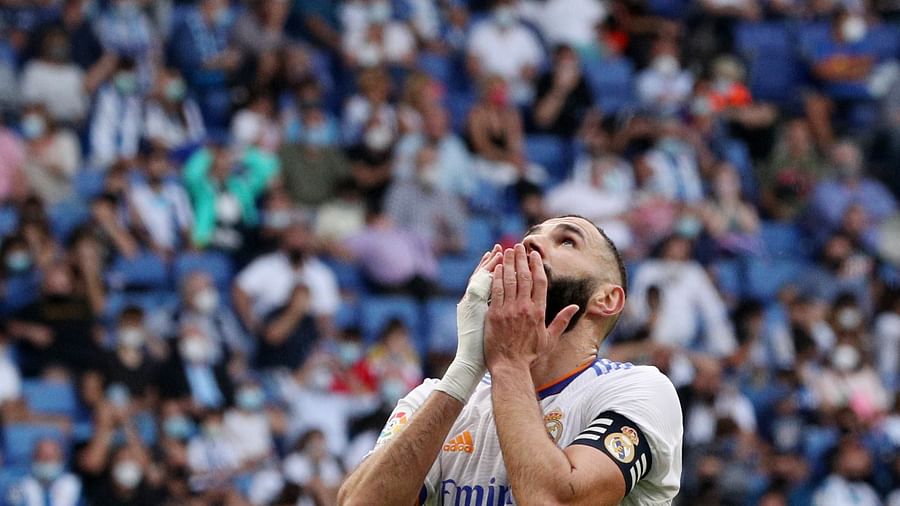 Barcelona-Real Madrid want to go hand in hand. Real lost to the Sheriff for the first time in the Champions League last week. The next day, Barcelona lost to Benfica. Meanwhile, Barcelona lost 2-0 to Atletico Madrid in the league yesterday. Real was lucky 24 hours before he lost to his arch-rivals. Carlo Ancelotti’s side lost 2-1 to Espanyol today.

Ancelotti has been experimenting with the team since the beginning of the season. Injury has played a role in this. As there are no alternate players in some places in the team, a different XI is seen in almost every match. Original rightback Dani Carvajal is injured. So in the last match he took charge of Fede Valvarde. And today he was given the responsibility to Lucas Vasquez. Meanwhile, in the last match, David Alaba played as the center and Nacho as the left back. Today, the Real coach has changed their place.

However, there was no change in the fate. Karim Benzema and Vinicius Jr. were in great form in the first few matches. Although these two teams have covered the defects of the defense, now it is not going to be covered by the flood. Every time Espanyol attacked today, panic spread. While Real’s attack revolved around the box, Raul de Tamas and Alexis Vidal got into the box in almost every attack.

In the 18th minute, The Tamas’ goal caught everyone’s flaws in Real’s defense. Embarba hurried in through the right edge. Alaba could not stop him. Nacho did not go that way. Emberba can cross, Milita could have blocked the way thinking that. But he was not seen trying in the Brazilian defender. And Vasquez couldn’t stop him from scoring a goal from the set with The Tamas who got into the box. Despite the goal, Real’s attack did not show any significant improvement. On the contrary, it was Espanyol that had the opportunity to widen the gap between organized football and counter-attack.

Former Real Madrid player The Tamas led the way, and the former Barcelona player widened the gap. In the 60th minute, the skeleton of the Real defense came out again. Nacho has made mistakes in several matches before this season. Alexis went ahead to charge Vidal. Vidal widened the gap by sending the ball between his two legs.

After a while, the gap could have been 3-0. In the 63rd minute, almost everyone in Real went to the box of Espanyol to take a corner. Serhi, who was on the counter-attack, got the goalkeeper alone and hit outside.

Real hopes to return to the match with the advantage of such a counter-attack in the 61st minute. After receiving the ball from the counter-attack, Luka Yovich gave the ball to Karim Benzema. Benzema scored by pulling the same from one end of the box to the other. Before and after the goal, Benzema sent the ball into the net twice more. But the first was canceled due to Yovic and the second due to Benzema’s offside.

Real is at the top of the league even after this rate. Atletico Madrid, like Real Madrid, has 16 points in 6 matches, but Real is ahead in goal difference. However, if Sevilla get 4 points from the two matches in their hands, they will overtake the two teams. However, the form of the team is worrying Real. The team has not won three matches in a row after losing to Mallorca 6-1.