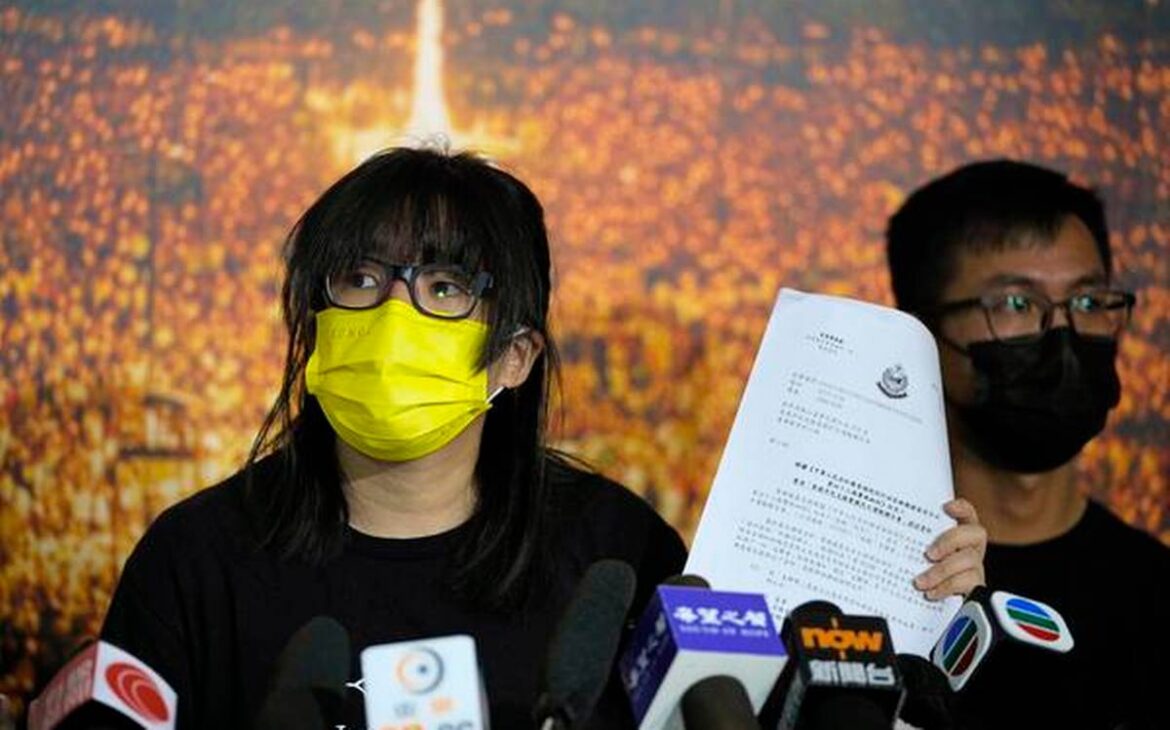 Hong Kong police on Wednesday arrested four leaders of the group that organized the city’s annual Tiananmen Square commemorations after they refused to cooperate in a national security investigation, the group said.

The Hong Kong Alliance in Support of Patriotic Democratic Movements of China had openly challenged the enforcement of a 14-month-old national security law, saying police were arbitrarily labeling pro-democracy organizations as foreign agents.

Chow Hang-tung, one of the four arrested and a vice-chair of the alliance, began a series of posts on Facebook shortly before 7 a.m., starting with two Facebook livestreams during which she says that some people have been ringing the doorbell. Chow, a lawyer, appears to be in her office, and muffled shouting could be heard in the background.

“The worst thing about being arrested is that I’ve not changed into a new set of clothes or brushed my teeth, will my breath overwhelm the national security police?” she wrote in one post.

The alliance is best known for organizing candlelight vigils in Hong Kong on the anniversary of China’s bloody crackdown on pro-democracy protesters in Beijing’s Tiananmen Square on June 4, 1989. The event was attended annually by massive crowds, and was the only large-scale public commemoration of the June 4 crackdown on Chinese soil.

Authorities have banned the vigils for the past two years, citing public health risks due to the pandemic, although critics believe the ban is part of an ongoing crackdown on dissent in the city following months of anti-government protests in 2019.

Alliance leaders delivered a letter to police Tuesday rejecting a request for details of the group’s operations and finances. Police earlier warned that failure to comply could result in a fine of up to 100,000 Hong Kong dollars ($12,900) and six months in jail. 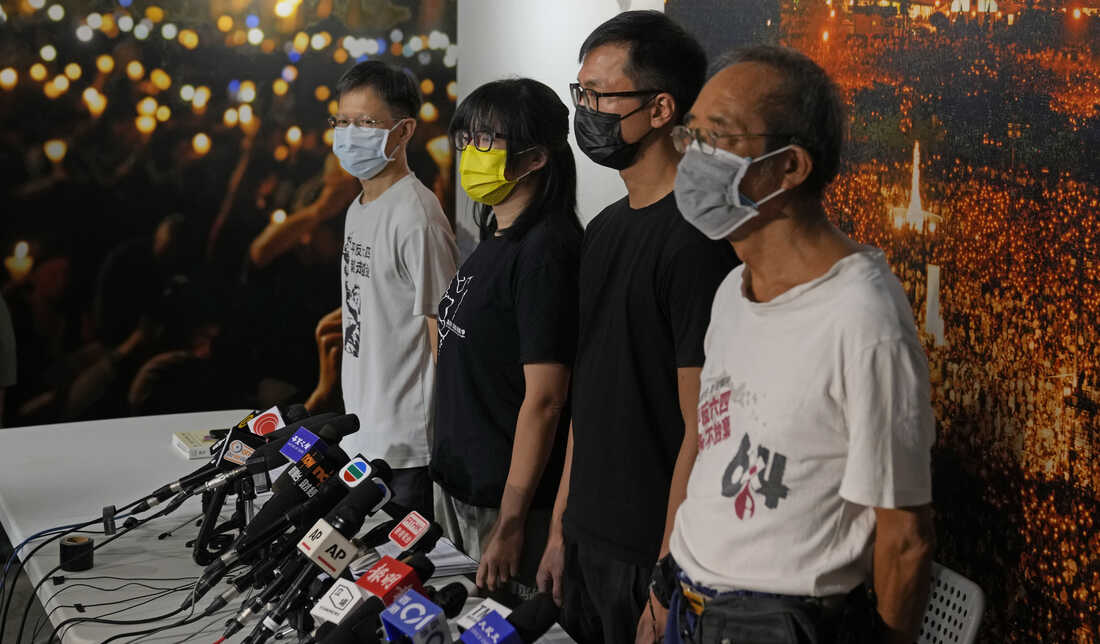 Chow Hang-tung, second from left, vice chairwoman of the Hong Kong Alliance in Support of Patriotic Democratic Movements of China, and other group members attend a news conference in Hong Kong on Sept. 5, 2021.

Police on Wednesday confirmed that they arrested three men and one woman aged between 36 and 57 for failing to provide information in accordance with the national security law. Police did not identify them.

China’s liaison office in Hong Kong issued a statement saying the arrests “demonstrated fairness and justice” because those who violate the law must be investigated.

Many pro-democracy groups have disbanded

Dozens of pro-democracy activists have been arrested since the implementation of the national security law, which outlaws secession, subversion, terrorism and foreign collusion.

Critics say the law completes the rolling back of freedoms not found on the mainland that Hong Kong was promised it could keep for 50 years after being handed over from Britain, such as freedom of speech and assembly.

Many pro-democracy organizations have disbanded due to safety concerns, such as the Civil Human Rights Front, known for organizing mass protests on July 1, the day in 1997 that the former British colony was handed over to China. Other groups that have disbanded include the Professional Teachers’ Union, a pro-democracy trade union for teachers.