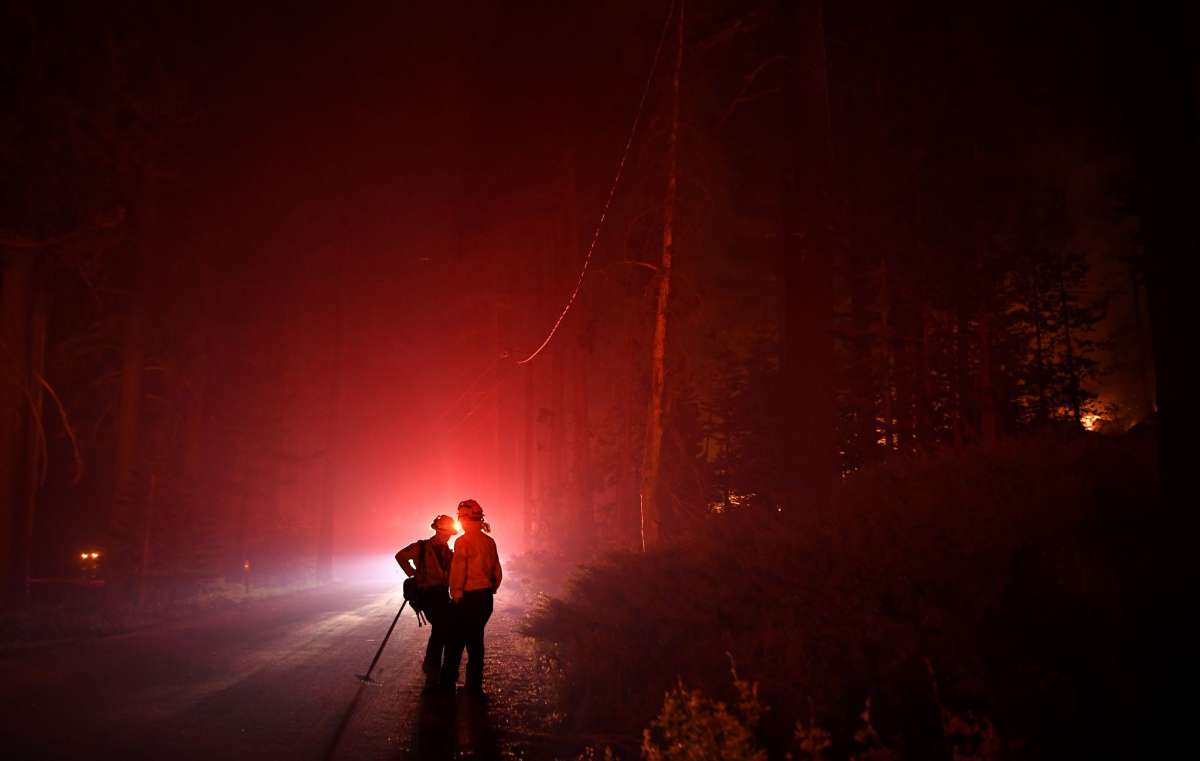 Last week, at a community meeting, fear mounted in South Lake Tahoe as the Caldor Fire raged and a red flag warning lurked in the forecast.

Cal Fire officials told residents they needed a defense of 3,000 to 5,000 firefighters. The Caldor Fire was elevated to the top priority in the nation and, in an attempt to assure residents and community members, Cal Fire officials said that so many resources were coming to Lake Tahoe, they were causing a traffic jam at base camp.

The days that followed were tense as the fire made its advance into the Lake Tahoe Basin. On Sunday, Aug. 29, southeastern winds flared up and the Caldor Fire burned more than 20,000 acres in 24 hours. On Monday, 3,684 firefighters were working across all fronts, as flames ran up and over Echo Summit, burning cabins built and maintained by generations of families, many from the Bay Area. For the thousands of homes nestled below, in the woods of Christmas Valley and Meyers, the future looked grim.

But then, something incredible happened. On Monday night, the fire ran down the valley, to the edge of the neighborhood in Christmas Valley, where it shot embers over Highway 89, starting a spot fire in the forest just above the houses on the other side of the road and continued burning east.

Both sides of the valley were engulfed in flames. But as of Friday, many of the homes in Christmas Valley, Meyers and South Tahoe are still standing.