Game of Thrones has a separate fan base, and only a true watcher knows the wait they have to do for the next and next season. In every season they left suspense behind.

The GOT first aired on 17th April 2011 and since then 8 seasons and 73 episodes have been passed. The last season aired in May 2019 and since then its fans are waiting for the prequel of GOT as announced by HBO then. 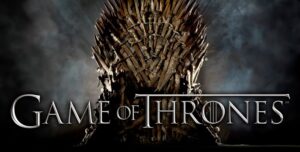 Now HBO has come up with the good news after two years and release a new trailer for the house of the Dragon reveals Matt smith’s Daemon Targaryen in GOT prequel series coming to HBO and HBO Max.

The upcoming Season would come with a new story that will reveal the whole history of dragons and their family matt smith’s prince Targaryen in GOT. The season would have 10 episodes and the premier would be sometime in 2022.

Martin and Condal’s new show takes place 200 years prior to the events of Game of Thrones that were little touched in GOT, prequel would mainly focus on the Targaryen family, who at that point sit on the iron throne. The show is said to depict a Targaryen civil war known as the dance of the dragons. considered the beginning of the end of their reign over Westeros.
As the pre-new story is going to beign new characters with new faces would be there to see.
Co-creators George R.R. Martin himself revealed that the house of the dragon features 17 dragons, significantly up from Game of Thrones’three.

Now, a brand new trailer of around one minute and 18 seconds on HBO Max offers a number of key cast members including matt smith as prince daemon, demon is said to be mighty warriors and accomplished dragon riders, and will surely play a prior role in the war to come. He is shown in the trailer looking very stern, and a voiceover is likely smiths reminds the viewer that dragons are what have secured the Targayen dynasty.
Viewers can take a look at the trailer on the official Youtube channel of HBO.

And yes the viewers are ready for the new roller-coaster ride with the prequel of GOT and waiting for more.