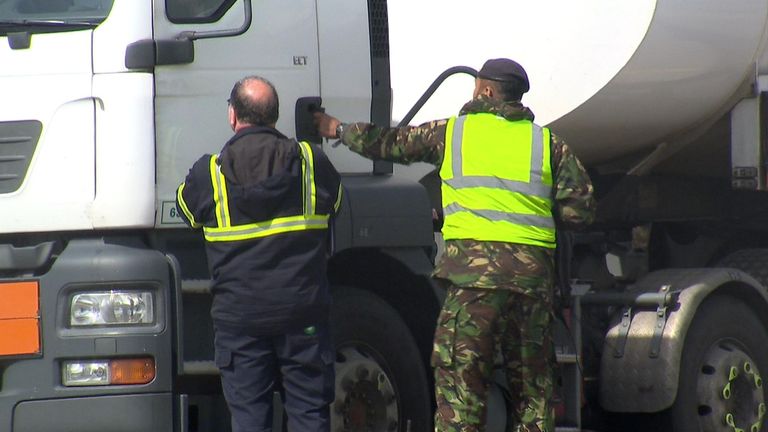 The last week of September opened to long queues at petrol stations across the various places in the UK as Panicked Locals and motorists rushed to fill tanks amid fears of fuel shortage. However the British government assured that there are ample stocks of fuel and there is nothing like a shortage of fuel, He added that the crisis is due to the unavailability of the truck drivers as the fuel is transferred by the drivers by the Laurie’s.
The officials are blaming the Covid-19 pandemic because it has affected the movement of people across the borders, however on the other side In a view of the opposition and British public Brexit is the root cause of all the problems. 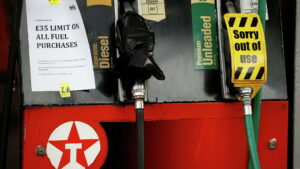 How Bad Is the Crisis?
The British government and its ministers have been assuring the public that there is no shortage and the country is well-stocked on the essential goods, But the pictures outside the fuel stations are depicting something else. The Biggest petroleum major in Uk which is known as British Petroleum (BP), which Operates more than 1,000Fuel stations in Britain, said nearly a third of its stations had run out of the two main grades of fuel since September 26 . And the report is saying that the news has panicked the people and they are running towards the petrol stations to fill the tanks.

The shortage of petrol on stations has continued since 26 September and viewing such situation BP said It had cut deliveries to about 90% of its fuel stations to ensure that the supplies were distributed evenly at every station.

Why Being Blamed on Truckers?
As the fuel prices worldwide is at their peak for more than two years, the government and Oil companies in Uk have blamed the current crisis on the lack of drivers. About 25,000 HGV(heavy Goods Vehicles) Drivers from the EU left during 2020 and did not return and now there is a backlog of 40,000 waiting to take their HGV test and without passing the test no one can allow to drive the vehicles so this is the most prominent reason of such shortage. The average retirement age of truck drivers in the UK is 57, and day by day the problem is getting worse as more and more retire. 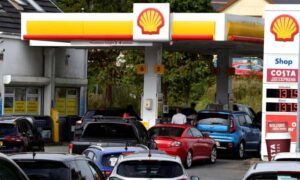 What has Brexit got to Do with This?
Last year in January Brexit or the Uk’s Formal withdrawal From the European Union Which makes the new immigration rules in a country that no longer allows workers from EU countries to move and work visa-free in the UK. The decision has affected the multiple sectors of the British economy, Including the Farming and Food Processing industries.

What? The government is doing Now.
The Government has decided to issue at least 10,000 temporary visas for truck drivers to overcome the driver’s shortage. Although The British government would have reluctantly embraced it, it can be seen as the acknowledgment that Brexit was handed Poorly.

The government has put the army on upholding to help with the ongoing fuel crisis as fears over tank driver shortage led to panic buying, leaving many of the country’s pumps dry. till the situation gets under control army will be in front to look over the crisis.