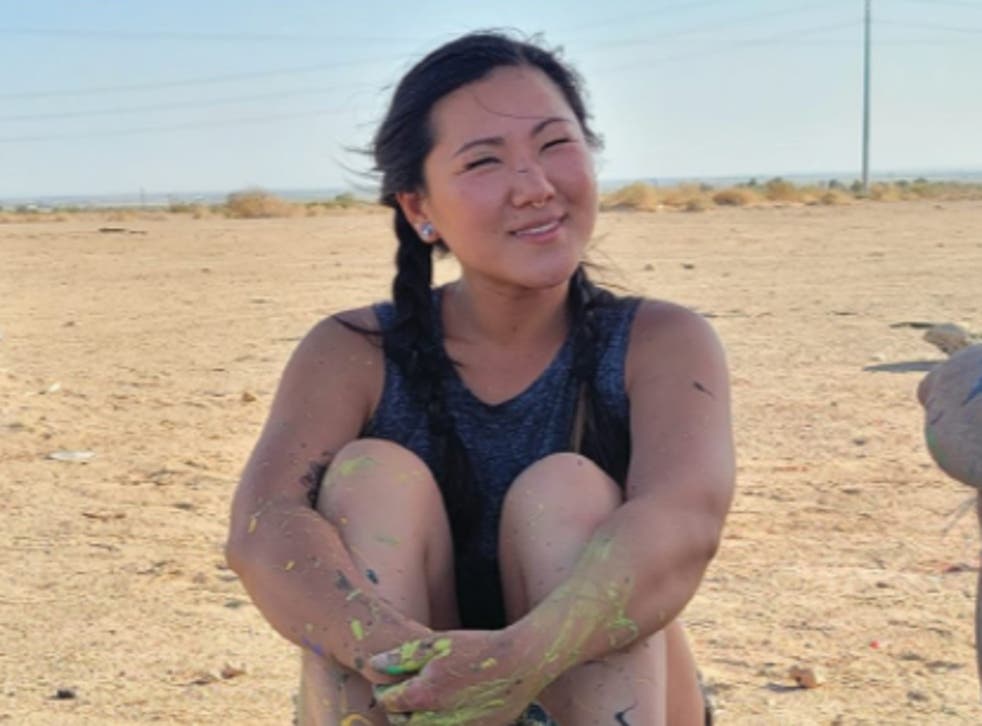 Human remains have been found in the Yucca Valley desert near where Lauren “El” Cho, a 30-year-old New Jersey woman, went missing this summer, investigators said.

The remains were discovered Saturday in the “rugged terrain of the open desert of Yucca Valley,” the San Bernardino County Sheriff’s Department said.

Officials said the remains have been sent to the coroner’s office and an identification process could take several weeks. A spokeswoman for the department on Monday declined to provide further details about the investigation.

Cho was last seen June 28 when she walked away from a rental property in the 8600 block of Benmar Trail in Morongo Valley, Sheriff’s Department officials said.

Earlier searches of the immediate area, including an aerial search and a canine operation, came up with nothing.

Cho is described as 5-foot-3 and was last seen wearing jean shorts and a yellow T-shirt.

A Facebook page run by her family describes the woman as a singer, baker and “person who is fiercely loved by many.”

“El is many things … a talented musician, an incredible baker, a hilarious and loyal friend, a strangely intuitive gift giver, and probably the coolest sister one could hope for,” her family wrote.

Cho’s friend and former partner, Cory Orell, told the Hi-Desert Star in July that she “evaporated” after walking away from the Airbnb property where Cho was working as a private chef.

“I searched all in the hills and no tracks, anywhere,” Orell told the outlet.

Her case has been likened to the recent case of Gabby Petito, who disappeared during a cross-country road trip with her boyfriend.

Petito’s case helped fuel a growing conversation about how missing people of color do not receive the same degree of attention as their white counterparts.

“We understand the frustration many of you have expressed about how and why certain cases receive national coverage,” Cho’s family said on Facebook.

“We are wholly appreciative of the love that continues to be shown to El. We empathize deeply with Gabby’s family and hope that both our cases bring forth positive resolution,” the family added.

Human remains found in Wyoming in September were confirmed to belong to Petito. Her boyfriend, Brian Laundrie, is being sought in connection with her death.

Cho’s family on Monday declined to comment about the latest development.