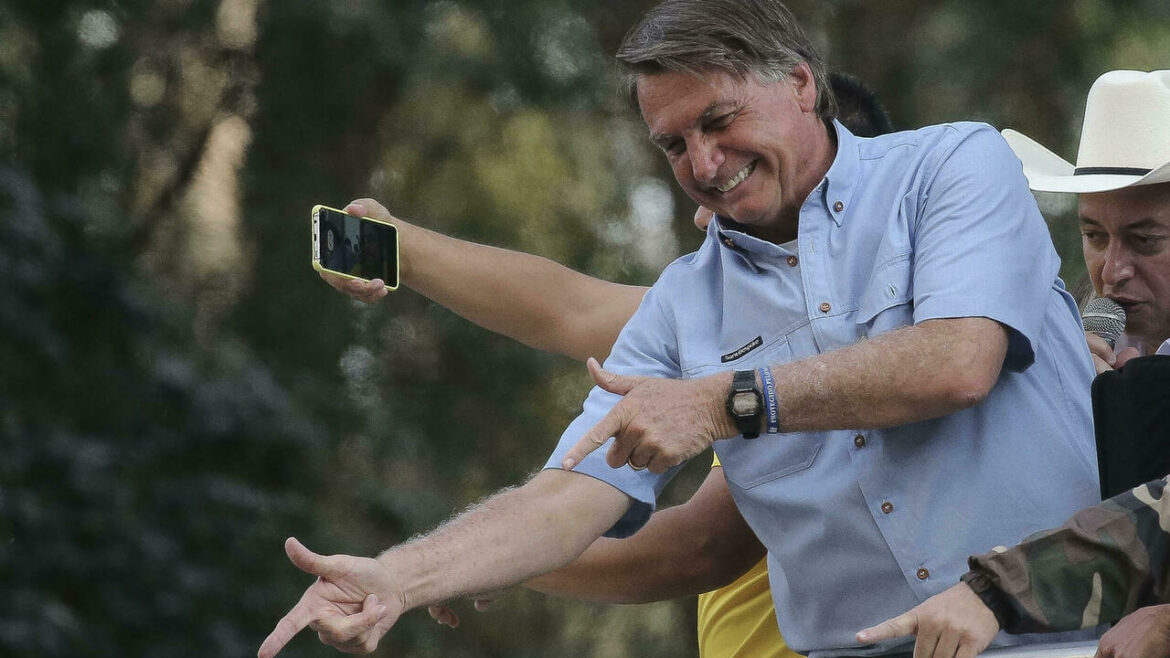 Leftist former president Luiz Inacio Lula da Silva is the favorite in Brazil’s elections one year from now but surprises along the way are not ruled out — not even a dramatic US-style finale with charges of a rigged result.

The current right-wing president, Jair Bolsonaro, whose approval rating has plummeted in recent months, would win 26 percent of the votes in the first round on October 2, 2022 compared to 44 percent for Lula, according to a recent poll by Instituto Datafolha.

What factors come into play in the next presidential election in the country with Latin America’s largest economy?

Bolsonaro, 66, has been severely criticized over his performance, mainly because of the Covid pandemic, which has claimed nearly 600,000 lives in Brazil, and economic decline that comes with double digit inflation which is sapping people’s buying power.

His approval rating has fallen to 22 percent, the lowest since he took office in 2019. He is also staring down a slew of impeachment motions and several judicial probes, among other things for allegedly looking the other way in a vaccine procurement corruption scandal.

But this former army captain who is the darling of Brazil’s most conservative sectors such as the agribusiness community is not done yet, says Oliver Stuenkel, a professor of international relations at the Getulio Vargas Foundation.

“His time to turn around this negative outlook is shorter and shorter,” said Stuenkel. But “whoever is in power has a series of strategic advantages, especially the possibility of raising government spending.”

Although he has not formally announced he is running, 75-year-old Lula has emerged as the favorite ever since courts threw out his convictions for corruption and money laundering.

“Lula is aware that he cannot expose himself a lot because he would come under sharp attack,” said political scientist Andre Cesar of consulting firm Hold.

“‘Antipetismo’ is a strong party,” he said, using a term that refers to intense resentment of the Workers Party and covers a range of key conservative sectors including the business community.

Stuenkel said Lula is preparing a conciliatory strategy similar to that of US President Joe Biden, “who sought to project himself as a centrist bringing together a diversity of Democrats and not be just the leader of the left” against Donald Trump in the 2020 campaign.

At the same time multiple minor candidates, like Sao Paulo Governor Joao Doria, are trying to lead a so-called “third way” bringing together those opposed to Lula and Bolsonaro. A street rally on September 12 playing up this idea was a dud, however.

“The ‘neither one of them’ people occupy a huge ideological space, running from left to right,” said Stuenkel, so “it is not realistic” to expect them to settle on one candidate.

But Cesar the consultant said a third way candidate could emerge if Bolsonaro’s unpopularity or legal woes oust him from the race, a prospect that currently seems unlikely.

And neither Bolsonaro nor Lula want a third candidate. Lula, a former union leader, allows the president to focus on Brazil’s left, which he associates with corruption and communism, as the country’s enemy.

For Lula it is safer to target Bolsonaro and his decline than face a minor candidate supported by pro-Bolsonaro voters and people who hate the Workers Party, said Michael Freitas of the Getulio Vargas Foundation.

In his battles with the courts, Bolsonaro has gone so far as to hint at the possibility of a coup. And on September 7 he convened protest marches in which his most fervent followers chanted openly against democracy.

Although they rule out the possibility of a putsch, many analysts say they fear Bolsonaro will reject the election results if he loses the presidential runoff.

“Bolsonaro is a politician who often mimics Trump,” said Freitas, recalling that the Brazilian leader has already warned against electoral fraud by challenging — with no evidence — the reliability of electronic voting, which has been used in the country since 1996.

Stuenkel said Bolsonaro might try to encourage violence as Trump did ahead of the January 6 US Capitol insurrection by Trump followers riled up by his false claims that the November vote was stolen from him.

“The big difference is that the army’s and the police’s commitment to democracy in Brazil is much weaker,” said Stuenkel.