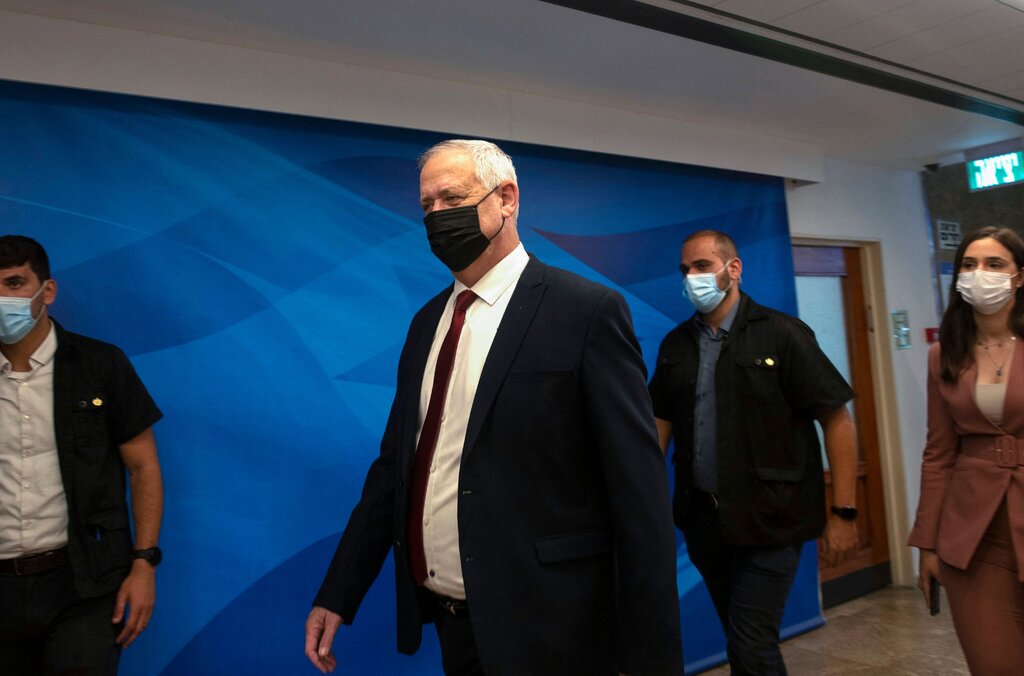 The government has held high-level meetings with Palestinian officials and aided the Palestinians economically, a sharp change from the previous government.

One night last month, a top Israeli minister traveled the winding roads of the occupied West Bank to meet Mahmoud Abbas, the president of the Palestinian Authority.

The meeting between Defense Minister Benny Gantz and Mr. Abbas at the octogenarian Palestinian leader’s private residence — less than a 10-minute drive from the Israeli military’s regional headquarters — lasted only about 90 minutes, but it immediately made waves in Israel and the West Bank.

It was the first time in more than seven years that a senior Israeli minister was known to have met with Mr. Abbas. Israel’s previous government, led by former Prime Minister Benjamin Netanyahu, had denigrated Mr. Abbas as an intransigent inciter of violence and never met with him.

The August meeting is the most prominent piece of evidence of a new, more cooperative approach to dealing with the Palestinian Authority, which senior members of Israel’s new government see as a bulwark against the Islamist militant group Hamas.

Since the government took office in June, other ministers have met with their Palestinian counterparts and Israeli officials said they were taking an array of concrete steps to benefit Palestinians economically, increase security cooperation and to change some policies that had been denounced as discriminatory.

“The Palestinian Authority is the legitimate representative of the Palestinian people, and we are working to strengthen the P.A.,” Mr. Gantz told diplomats at a recent briefing.

But the budding entente has clear limits, given that Prime Minister Naftali Bennett has ruled out the possibility of peace talks and the creation of a Palestinian state. Those constraints have led some critics to characterize his government as a kind of Netanyahu-lite and to attack the Palestinian Authority for going along with the new measures.

Still, the policy represents a major shift from the recent Netanyahu years, when the government frequently undermined the Palestinian Authority and threatened to annex large parts of the West Bank, leading the authority to break off security cooperation with Israel. And the Biden administration is pressing both governments to improve relations as a step toward peace, even if no peace talks are in the offing.

In addition to the Gantz-Abbas meeting, two government ministers and President Isaac Herzog have spoken to Mr. Abbas by phone and at least five ministers have met with senior Palestinian officials.

The government is also taking a host of practical steps that are likely to improve the lives of many Palestinians.

The government has agreed to grant residency to thousands of undocumented family members of Palestinians in the West Bank who have lived in limbo without any formal legal status, often for years, Israeli and Palestinian officials said.

Last month, Israel moved to approve the construction of about 1,000 new Palestinian housing units in an Israeli-controlled section of the occupied West Bank, an area where the government has rarely allowed Palestinians to build.

The government lent the authority $156 million to help it through a financial crunch, Israel’s regional cooperation minister, Esawi Frej, said. And it has increased by 15,000 the quota of Palestinian laborers allowed to work in Israel, where the minimum wage is about three times as high as it is in Palestinian communities.

The Israeli army has provided Palestinian security forces with more freedom of movement in areas under Israeli security control, according to an Israeli security official, who spoke on condition of anonymity to discuss sensitive matters. Palestinian officers had complained that the need for Israeli permission to enter certain areas had stymied active criminal investigations.

The army is reducing Israeli raids into areas under Palestinian security control, the official said.

Israel and the authority have started high-level discussions about introducing 4G cellphone technology to the occupied territories, officials said. Palestinian telecommunications companies need Israel to release frequencies they can use for the service. The West Bank currently has 3G, while Gaza is still limping along with 2G.

Palestinians are largely happy with the new policies, with 56 percent considering them to be positive, according to a poll published by the Palestinian Center for Policy and Survey Research on Tuesday.

Haitham al-Natsheh, 34, a Hebron resident who has had no legal status since 1991, said he was overcome with joy when he heard that Israel would provide residency to people like him.

“It was a sweet feeling,” he said. “We have lived through so many problems. Honestly, if there are any measures meant to make our lives easier, we support them.”

Nimrod Novik, an analyst for the Israeli Policy Forum, said the new policies marked “a dramatic departure from the strategy of Netanyahu, who would weaken the authority to the point of collapse before letting it breathe.”

As beneficial as the new approach may be for Palestinians, the Israeli government’s blunt rejection of Palestinian statehood has opened it to criticism that it is offering only a gentler version of the Netanyahu vision of the Palestinian conflict as a problem to be managed rather than resolved.

Mr. Bennett has said that he opposes Palestinian statehood, and last week declared that he would not meet with Mr. Abbas.

But even if he changed his mind, any move to start negotiations toward statehood would likely bring down the government, a fragile coalition of diverse parties with mutually exclusive positions on the issue.

That closed door has led to accusations that Mr. Abbas was forsaking Palestinian nationalism to accept what critics call an “economic peace.”

Islamist groups have lashed out at him for meeting with Mr. Gantz, while secular critics have accused him of collaborating with the Israeli occupation.

“It’s astonishing,” said Nasser al-Qudwa, the former Palestinian envoy to the United Nations and the nephew of the Palestinian leader Yasir Arafat. “They are willing to engage in this process which is void of any recognition of Palestinian national rights.”

Even as the Israeli government takes steps to improve the Palestinian economy and security, it has pledged to continue expanding settlements in the West Bank. It has also continued to demolish Palestinian homes built without permits in areas where permits are rarely issued, and to use a heavy hand against Palestinians at protests and clashes.

A spokesman for Mr. Abbas did not respond to a request for comment, but Sabri Saidam, the deputy secretary general of the Fatah Central Committee, said that Mr. Abbas rejects the criticism that he is selling out the Palestinian dream of statehood for the sake of economic stability.

People who have spoken to Mr. Abbas recently said he understands the political limits of Israel’s current government and accepts these cooperative measures as a good starting point for engagement.

He is also following the guidance of the Biden administration, which is promoting the measures as part of what it casts as a long-term process to advance efforts to end the conflict and achieve a two-state solution.

In a prerecorded speech to the United Nations on Friday, Mr. Abbas appeared to refer to those steps, saying “we will strive to succeed in this endeavor so as to create conditions conducive to moving swiftly towards a final political settlement that ends the Israeli occupation.”

But he also set a deadline for that settlement. Calling for an international peace conference to resolve the conflict, he gave Israel an ultimatum of one year to withdraw from the occupied territories, including East Jerusalem, or he would seek a ruling from the International Court of Justice on the legality of the occupation.

American officials acknowledge the current limits about “what may be viable and what may be on the table,” as the State Department spokesman Ned Price put it last week, and are focused on trying to improve conditions for Palestinians and relations between the Israeli and Palestinian governments. 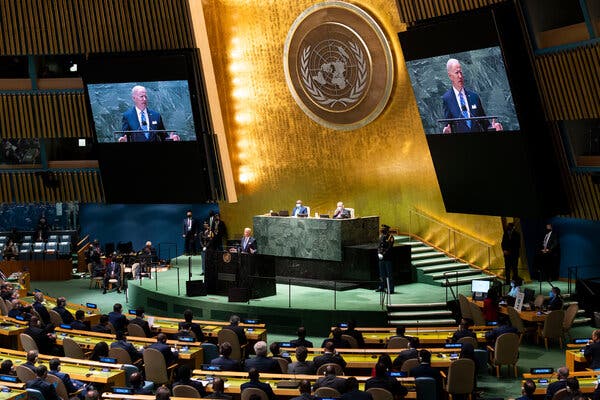 President Biden, speaking at the United Nations on Tuesday, reaffirmed his support for a two-state solution, adding, “We’re a long way from that goal at this moment, but we must never allow ourselves to give up on the possibility of progress.”

Some analysts have argued that an approach that begins with a focus on the economy could pave the way for the authority to gain more autonomy.

“This process could allow for the Palestinian Authority to lock in real wins,” he said. “It could lead to changes that make a real difference in the lives of average Palestinians.”