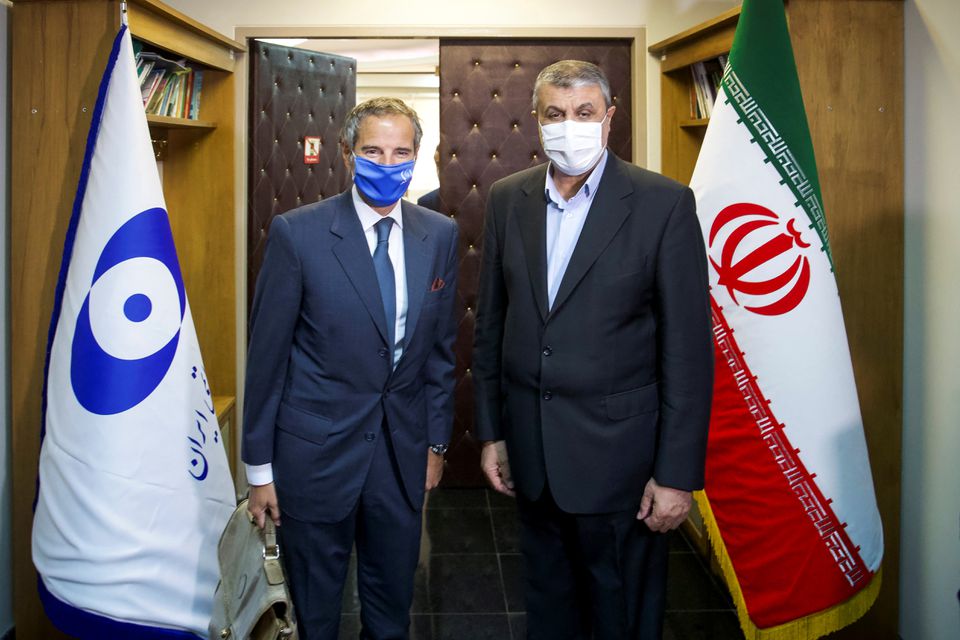 Iran has agreed to let the U.N.’satomic watchdog service monitoring cameras at Iranian nuclear sites,both sides said, after talks held on Sunday to try to ease a standoff between Tehran and the West.

The U.N. International Atomic Energy Agency had accused Iran last week of stonewalling an investigation into past activities and jeopardising monitoring work, possibly complicating efforts to resume negotiations on the Iran nuclear deal.

The IAEA had said there had been no progress getting urgent access to monitoring equipment needed to let the agency continue to keep track of parts of Iran’s nuclear programmes as per the 2015 deal.

Iran announced the agreement about the cameras after IAEA head Rafael Grossi met Mohammad Eslami, who heads the Atomic Energy Organization of Iran (AEOI), in Tehran.

“We agreed over the replacement of the memory cards of the agency’s cameras,” Eslami was quoted as saying by Iranian state media.

“IAEA’s inspectors are permitted to service the identified equipment and replace their storage media which will be kept under the joint IAEA and AEOI seals in the Islamic Republic of Iran,” the nuclear bodies said in a joint statement.

EU political director Enrique Mora, who is coordinating negotiations about reviving Iran’s 2015 nuclear accord with world powers, called the announcement “a positive step towards ensuring continuity of knowledge on Iran’s nuclear programme”.

“Gives space for diplomacy. I appreciate the efforts,” Mora added on Twitter.

Grossi is expected to hold a news conference at Vienna airport around 8:30 p.m. (1830 GMT) after returning later on Sunday, the IAEA said.

Former U.S. President Donald Trump pulled Washington out of the 2015 atomic accord, under which Iran agreed to restrictions on its nuclear activities in return for the lifting of sanctions.

Tehran responded to the U.S. withdrawal and reimposition of sanctions by violating many of those restrictions.

Indirect talks between the United States and Iran on both countries returning to compliance have stopped while Iran’s hardline President Ebrahim Raisi has taken office.

But France and Germany have called on Iran to return soon and Raisi has said Tehran is prepared to but not under Western “pressure”.

Western powers must decide whether to push for a resolution criticising Iran and raising pressure on it for stonewalling the IAEA a meeting of the agency’s 35-nation Board of Governors starting on Monday.

Any such resolution could jeopardise the resumption of negotiations on the deal as Tehran bristles at such moves.

Israeli Prime Minister Naftali Bennett said in televised remarks on Sunday that last week’s reports from the IAEA “were the official stamp on what we have been saying for a long time already: The Iranians are advancing unobstructed on the nuclear (weapon) project”.

Iran has dismissed accusations that it is trying to develop a nuclear bomb and said its atomic programme is peaceful.