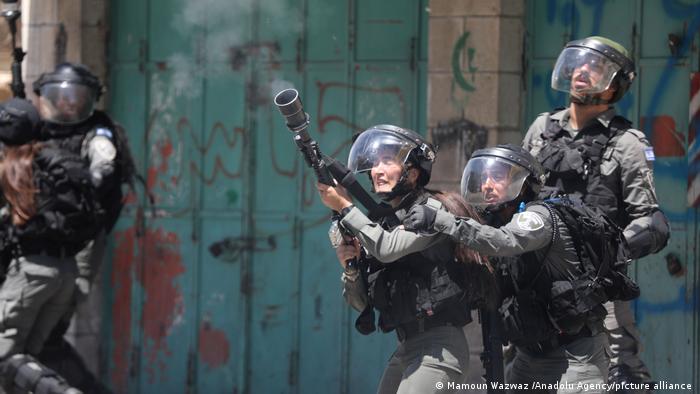 Early on Thursday morning, a Palestinian Islamic Jihad militant was shot dead after he opened fire towards Israeli troops operating near Jenin.

The IDF has increased counter-terror operations in the West Bank due to a decrease in the readiness of the Palestinian Authority security forces to crack down on Hamas and Islamic Jihad infrastructure.
Stepped-up Israeli activity is partially the cause of a recent increase in clashes in West Bank cities. Israeli security officials have noticed in recent months how PA security forces have scaled back operations.
Three Palestinians were killed by IDF fire on Thursday morning, one in the West Bank, one in Jerusalem and one next to the perimeter fence in the northern Gaza Strip.
One town of particular concern for the Shin Bet (Israel Security Agency) and the IDF is Jenin and its surrounding villages, where the military has been operating recently to break up a Hamas cell.
Early on Thursday morning, a Palestinian Islamic Jihad terrorist was shot dead after he opened fire at Israeli troops operating in Burkin near Jenin.
The man was identified as 22-year-old Alaa Nasser Zyoud, an operative in the terrorist movement Palestinian Islamic Jihad’s al-Quds Brigades. The group later confirmed he was a member of the organization.

Troops from the Border Police undercover unit and the IDF’s Haruv counter-terrorism reconnaissance unit entered the town as part of an ongoing crackdown against a large Hamas cell operating in the area and planning terror attacks.
According to the IDF, troops acted against a number of targets in Burkin, including in the yard where a firefight broke out on Sunday between Duvdevan troops and an armed Palestinian terrorist.
Clashes later erupted during the arrest operation, with Zyoud allegedly opening fire. IDF soldiers and Border Police officers returned fire, hitting him and confiscating his weapon, a Carlo submachine gun.
The Palestinian Health Ministry said that Zyoud had been hit by two bullets in the chest, one in the neck and another in the right thigh. Two other Palestinians were wounded in the clashes.
The forces were in Burkin to arrest suspects and locate weapons belonging to that cell based on intelligence provided by the Shin Bet. No Israeli troops were injured.
In Jerusalem, 30-year-old Issra Khuzaymah from the West Bank town of Kabatiya near Jenin was shot by Israeli police after she exited the Temple Mount complex near the Chain Gate around 6:30 a.m. and pulled a knife on officers.

Medical forces who arrived at the scene pronounced her dead. Following the attempted attack, police officers temporarily closed the gates to the Temple Mount.
Also on Thursday morning, a Palestinian who approached the perimeter fence along the Gaza border was shot dead by IDF troops. He was identified as 41-year-old Muhammad Ammar from the El-Bureij refugee camp.
The Palestinian Maan News Agency quoted eyewitnesses as saying that IDF troops opened fire on a number of farmers, and that Ammar had been hunting birds at the time he was shot.
The IDF Spokesperson’s Unit said that troops had identified three suspects who approached the fence in the northern Gaza Strip, with one “spotted digging in the ground and carrying a suspicious bag. Following the identification, IDF forces stationed at the spot fired toward the suspect.”
The Israeli military said that they are aware of Palestinian reports of the fatality and are investigating the incident.
An IDF officer and soldier were severely wounded and five Palestinians were killed by IDF troops on Sunday after armed clashes broke out between Palestinians and Israeli security forces during a wave of arrest operations across the West Bank.

The conditions of the officer and soldier have both improved, with the officer opening his eyes and breathing on his own. The soldier began to wake up on Wednesday and was being weaned off of his respirator.
The arrest raids took place in five different locations, including in Kabatiya and Burkin where two Palestinians, including a member of PIJ, were killed.
While security forces have arrested some 20 terrorists belonging to the cell and confiscated five guns, additional suspects who belong to the same cell have not yet been arrested.
Though the IDF believes that the raids struck a significant blow to the cell’s plans, they are still not sure if the threat posed by the cell has passed and continue with operations to dismantle it.