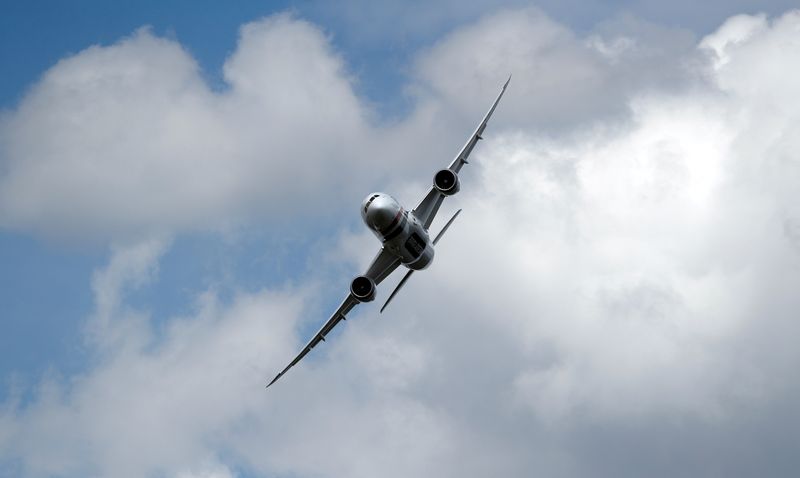 The chief executive of Italian aerospace firm Leonardo said Boeing was expected this month to release an updated production plan for its 787 Dreamliner wide-body jet.

“In the next day they will come out with a new plan,” Leonardo CEO Alessandro Profumo told Reuters at the Dubai Expo on Saturday. “They are saying they are ‘slightly more optimistic’, shall we say.”

Profumo did not say whether there would be a change in production rates in the new plan to be released by Boeing. Leonardo manufactures part of the Dreamliner airframe.

A Boeing representative told Reuters the planemaker did not have any updates on 787 production. They did not say whether a new production plan would soon be released.

“We are constantly analysing the global aviation market, coordinating closely with suppliers and aligning supply with demand.”

Leonardo expects Boeing to produce at a rate of 10 Dreamliners a month by the end of 2025, Profumo said, citing existing advice from the planemaker.

Boeing was producing at a rate of 14 a month in 2019, according to the latest available data.

The U.S. planemaker suspended Dreamliner deliveries in late May after the Federal Aviation Administration raised concerns about its proposed inspection method.