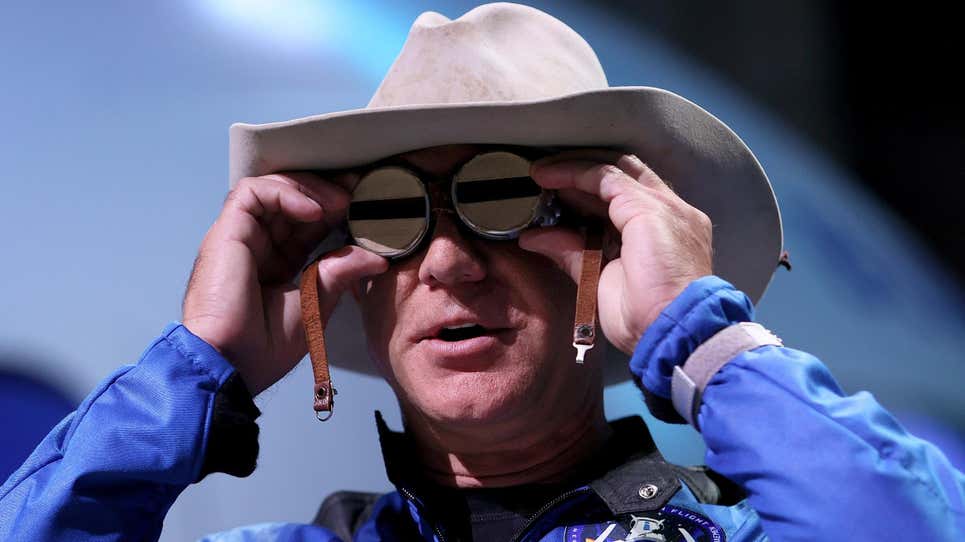 Just days after Twitch suffered a giant security breach leaking over 125GB of data, the face of Amazon founder and chairman, Jeff Bezos, was seen trolling several of the streaming platform’s game directory pages. How it got there, or why, remains a mystery.

As first reported by The Verge, users first began noticing the rogue image of one of the richest people in the world defacing various corners of Twitch in the early hours of Friday morning. The pages affected include the directory listings for Grand Theft Auto V, Dota 2, Smite, Minecraft, and Apex Legends, among others. Many of the images have since been removed, but as of Friday afternoon the GTA V V page still included Bezos’ face, though it’s easy to miss if you aren’t already looking for it:

The image in question is of Bezos, famous for turning a small online bookselling startup into an evil megacorporation, making a ’PogChamp’ emote face. The same image appeared in the original 4chan post by those claiming to have hacked Twitch in part because it was a “toxic cesspool.” Twitch has since called the cyber-intrusion the work of a “malicious third party,” and is still continuing to investigate the extent of the damage. The contents of the initial data dump reportedly included Twitch source code, information about a game client to rival Valve’s Steam storefront, and personal earnings records for Twitch’s top paid streamers.Amazon originally purchased Twitch for $970 million in an all-cash deal back in 2014. Twitch has since become the streaming platform of choice for gamers, Dungeons & Dragons fans, and even politicians. Despite being owned by a company estimated to be worth over $1 trillion, Twitch has been criticized like a lot of social media platforms for both failing to moderate adequately enough and for failing to shield the content creators who generate its profits from harassment.

On September 1, thousands of streamers boycotted Twitch for a day over its failure to address hate raids and other attacks aimed predominantly at marginalized content creators. Meanwhile, some of the biggest streamers have been jumping ship to YouTube and Facebook. The leak of top streamers’ personal earnings data as a result of the hack has also reignited conversations around disparities on the platform between top performers and everyone else, as well as concerns over data privacy.

I’m not sure seeing Bezos’ face quietly popping up all over the site will help.