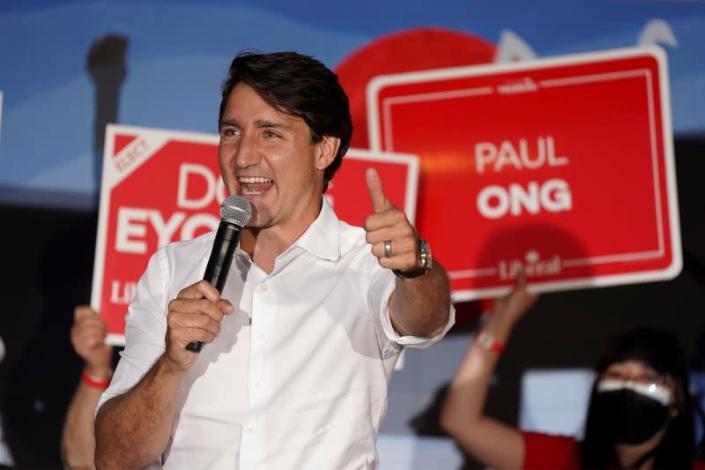 It is unclear, based on their projections, whether it will be a majority or minority government.
Trudeau’s Liberals held 155 of 338 seats in the last Parliament. As of 10:30 p.m. ET, Elections Canada showed the Liberals leading the Conservatives. To win a majority, a party must secure 170 seats.
With multiple time zones, Canada’s polling stations closed at staggered times throughout the evening on Monday, but Elections Canada said in a tweet that those in line will still be allowed to vote.
Trudeau called the snap election in mid-August, barely two years into his minority government, betting he could capitalize on his handling of the pandemic to win a majority.
But once-favorable polls for Trudeau and his Liberals quickly reversed course, with the Conservative Party’s O’Toole fighting his way into a statistical tie, according to national tracking surveys over the past few days. Covid-19, climate change, housing affordability and gun control have all featured as major issues with voters — but one headache for Trudeau is that few Canadians saw the need for this election. One political expert told CNN that holding a snap election in the summer during a global pandemic has angered many voters who cannot identify a compelling “ballot box” issue to justify the undertaking.
O’Toole had sought to capitalize on the perception that Trudeau, the son of a former Canadian prime minister, is a classic liberal political elitist who is more interested in his own political ambition that leading the country. 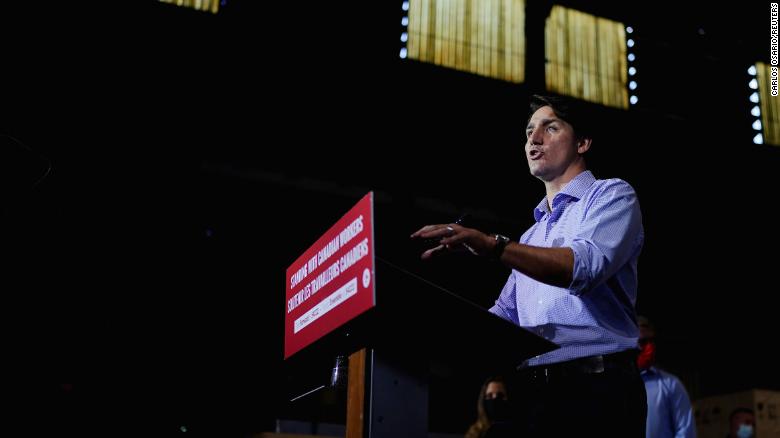 Trudeau delivers remarks at a campaign stop on September 6 in Welland, Ontario.
During the campaign, O’Toole attacked Trudeau in a way uncommon in Canadian politics.
“Every Canadian has met a Justin Trudeau in their lives — privileged, entitled and always looking out for number one. He was looking out for number one when he called this expensive and unnecessary election in the middle of a pandemic. That’s not leadership, that’s self interest. And it’s Justin Trudeau through and through,” O’Toole said at a recent campaign event.
Trudeau responded in a similarly robust fashion, saying: “I’m going to let him and his proxies and the anti-vaxxer movement and the gun lobby and the anti-choice crowd continue to attack me, fine. I’m going to stay focused on Canadians.” As much as candidates have tried to engage meaningfully on issues, a ripple of polarization among voters — one that seems to mirror the US experience — is emerging, especially on cultural or so-called “wedge” issues like abortion rights, gun control and climate change. 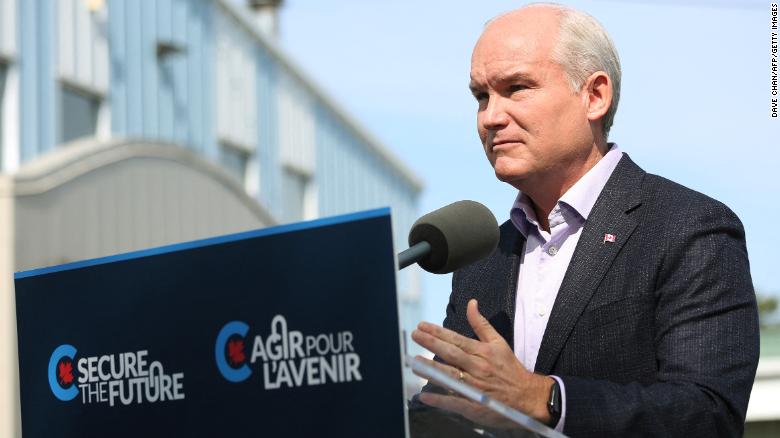 Conservative Party leader Erin O’Toole delivers a speech during a campaign stop on September 14 in Russell, Ontario.
The pandemic in particular has ignited fury among a small but fierce minority that oppose some Covid-19 protocols, especially vaccine and mask mandates. Earlier this month a protester threw gravel at Trudeau at a campaign event in Ontario, after the Canadian leader had been stalked by demonstrators angry with his pandemic policies.
The vote includes six federal parties. While Trudeau and O’Toole are likely the only leaders capable of forming a government, Jagmeet Singh — leader of the New Democratic Party (NDP) — could again hold the balance of power in any Canadian Parliament.