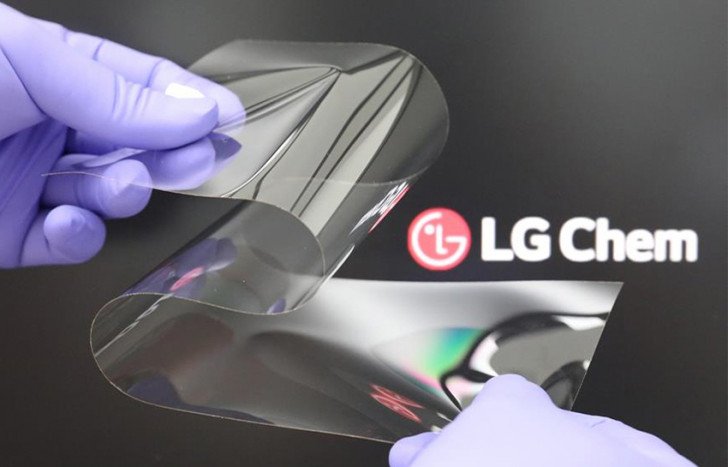 LG may have made an ignoble exit from the smartphone market earlier this year, but as a gigantic international megacorp, it still has its hand in. LG Chem, the branch of the company that developers new materials and energy systems, has something that might turn the eye of their in-country rivals at Samsung: a new material that can bend like plastic while being hard as glass.

GSMArena spotted the press release from LG Chem, which says that the display cover is as hard as standard glass while delivering the flexibility needed by folding displays (which are still made out of largely plastic). The material is a few micrometers thick, and rated to fold more than 200,000 times before stressing. For a more useful metric: you could unfold a phone a hundred times a day for five years and still never hit that number. LG says that it’s comparable to tempered glass, which is notably a much lower bar to clear than even more advanced materials like the latest iterations of Gorilla Glass.

The “Real Folding Window” material is not the screen itself — another extremely complicated element of folding phone design — merely the protective element that goes over the screen and digitizer. But since three generations of folding phones haven’t made them durable enough to withstand, say, five minutes of attention from the average kindergartener, any option that makes folding phones even comparable to standard smartphones in terms of screen durability is worth looking into.

LG is hoping to start mass production of Real Folding Window materials next year, with full-scale sales starting in 2023.